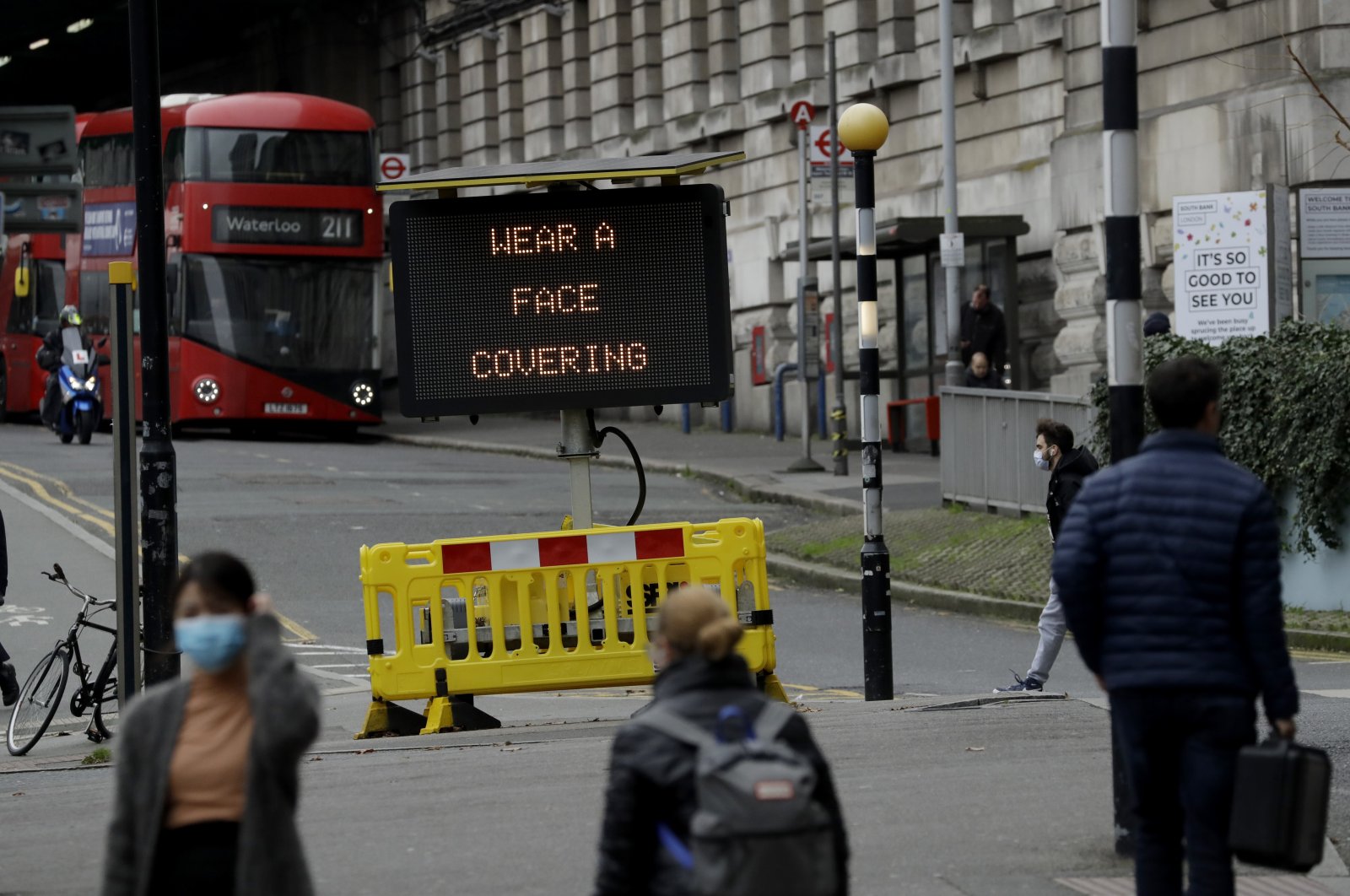 A sign is displayed outside Waterloo train station to remind people they are required to wear face coverings inside the station and while traveling on trains during England's second coronavirus lockdown, in London, Nov. 20, 2020. (AP Photo)
by Agencies
Nov 22, 2020 3:33 pm

British Finance Minister Rishi Sunak on Sunday warned that the British economy was under "enormous strain" because of the coronavirus, ahead of a government spending review next week

But he ruled out a return to austerity measures.

Economic forecasts to be released alongside his Wednesday spending review would show "the enormous strain and stress that our economy is experiencing," Sunak told Sky News, according to the Agence France-Presse (AFP), adding that now was not the time to cut back on spending or raise taxes.

Sunak said there would be no return to austerity in the spending plan, even as the crisis pushes the country's debt further above 2 trillion pounds ($2.7 trillion).

Sunak, who has rushed out massive government spending increases and tax cuts equating to about 10% of economic output, said he would announce "quite a significant" increase in funding for public services.

"You will not see austerity next week," he was cited as saying by Reuters, adding that his priority in the one-year spending plan was to fight the health and economic crises.

Economists think Britain will borrow about 400 billion pounds this year, approaching 20% of its gross domestic product (GDP), the most since World War II.

It would be nearly double the hit from the global financial crisis, which took a decade to work down, and some lawmakers in Prime Minister Boris Johnson's Conservative Party want more fiscal restraint now.

The findings of independent forecasters the Office for Budget Responsibility – as well as the 750,000 job losses from coronavirus – would have to be taken "in the round as we consider the best way to fight the virus," he said.

However, Sunak refused to rule out a widely expected public-sector pay freeze.

It was fair to "think about what is happening with wages, with jobs, with hours, across the economy when we think about what the right thing to do in the public sector is," he said.

Britain has suffered more than any other country in Europe from the coronavirus, recording more than 54,000 deaths from 1.4 million cases.

In November, Johnson's government imposed a four-week lockdown to stop the spread of the disease. That is due to be partially lifted on Dec. 2, giving some relief to businesses.

Sunak said the government was "looking at ways to see how families could spend time with each other over Christmas" but refused to preempt an announcement on the U.K.'s winter virus strategy by Johnson due Monday.

On Saturday, ahead of the spending review, Sunak's department unveiled a 3 billion pound package to support the National Health Service (NHS) in tackling the impact of the coronavirus.

As part of the package, 1 billion pounds will be spent on addressing backlogs in the health service – paying for up to 1 million extra checks, scans and additional operations for those who have had their treatment delayed since the start of the pandemic.

Sunak also said he would announce longer-term measures to boost infrastructure spending, part of Johnson's promise to spread economic growth to regions that lag behind London and the southeast.

Britain also faces the risk of an economic shock if it fails to strike a trade deal with the European Union in time for the Dec. 31 expiry of its post-Brexit transition.

Sunak said the government wanted to get a deal, but the short-term impact of not doing so would pale in comparison with the hit from the COVID-19 pandemic.