Wake up to long-term risks: WEF report urges addressing disparities along with COVID-19 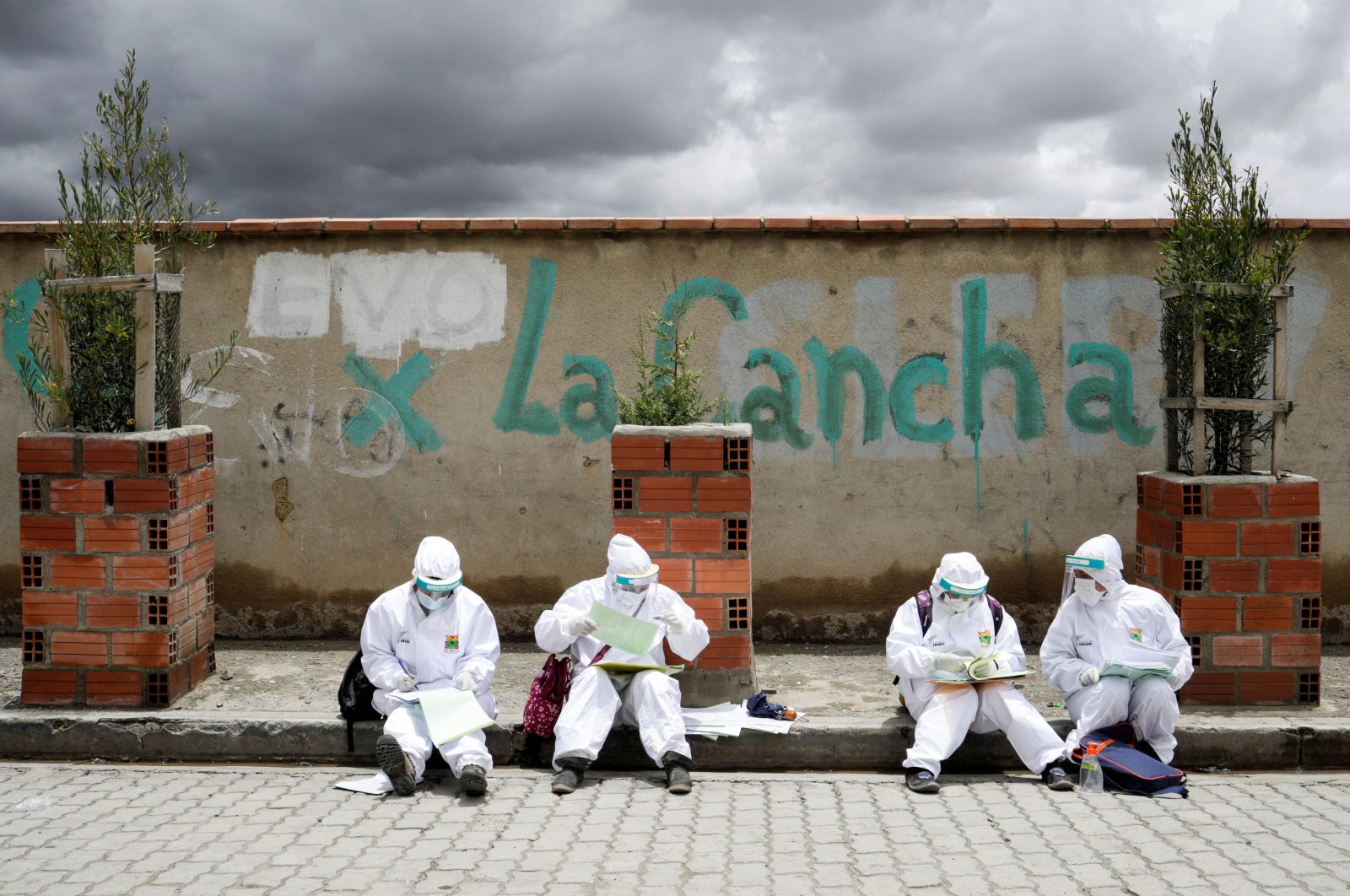 The environmental risks once again dominated the agenda, according to the Global Risks Report 2021, which is prepared annually by the World Economic Forum (WEF). However, according to the report, the pandemic and the increasing inequalities also pose economic risks in the medium term and geopolitical risks in the long term, which, the report said, should be addressed.

The WEF said in a press release Tuesday that in 2020, the world saw the catastrophic effects of ignoring long-term risks such as pandemics, which now have an immediate risk, according to the 2021 report.

“In 2020, the risk of a global pandemic became reality, something this report has been highlighting since 2006. We know how difficult it is for governments, businesses and other stakeholders to address such long-term risks, but the lesson here is for all of us to recognize that ignoring them doesn’t make them less likely to happen,” the press release stated.

Under the title of “The world needs to wake up to long-term risks,” the press release said that the COVID-19 pandemic is increasing disparities and social fragmentation that will threaten the economy in the next three to five years. In the next, five to 10 years, that social fragmentation will weaken geopolitical stability.

“Meanwhile, environmental concerns still top the list in terms of likelihood and impact for the next decade,” the WEF said.

The WEF, which brings together prominent names in economics and politics at the Davos of Swiss Alps each year, was postponed until May this year due to the COVID-19 pandemic and will be held for the first time in its history outside of Davos. Singapore will be hosting this year’s meeting.

“For the last 15 years, the World Economic Forum’s Global Risks Report has been warning the world about the dangers of pandemics. In 2020, we saw the effects of ignoring preparation and ignoring long-term risks,” the statement by the WEF said, stressing that the COVID-19 pandemic has not only claimed millions of lives, “but it also widened long-standing health, economic and digital disparities. Billions of caregivers, workers and students – especially minorities who were disadvantaged before the pandemic – are now at risk of missing pathways to the new and fairer societies that the recovery could unlock.”

According to the 2021 report, these developments may further impede the global cooperation needed to address long-term challenges such as environmental degradation.

When it comes to technology access and digital skills, which became even more important during the pandemic with all the remote-working and remote-education practices, “the gap between the 'haves' and the 'have nots' risks widening and challenging social cohesion,” the WEF said and added: “This will particularly affect young people worldwide, as this group faces its second global crisis in a generation and could miss out altogether on opportunities in the next decade.”

“Financial, digital and reputational pressures resulting from COVID-19 also threaten to leave behind many companies and their workforces in the markets of the future. While these potential disparities could cause societal fragmentation for states, an increasingly tense and fragile geopolitical outlook will also hinder the global recovery if mid-sized powers lack a seat at the global table,” the WEF emphasized.

Societal fractures, uncertainty and anxiety will make it more difficult to achieve the coordination needed to address the planet’s continued degradation.

For the first time, the WEF report also rated risks according to when respondents perceive they will pose a critical threat to the world.

Accordingly, clear and present dangers that are expected within the next two years reveal concern about lives and livelihoods – among them infectious diseases, employment crises, digital inequality and youth disillusionment. In the medium-term, which is the next three to five years, respondents believe the world will be threatened by knock-on economic and technological risks, which may take several years to materialize – such as asset bubble bursts, IT infrastructure breakdown, price instability and debt crises. Existential threats (five-10 years) – weapons of mass destruction, state collapse, biodiversity loss and adverse technological advances – dominate long-term concerns.

The WEF highlighted that as governments, businesses and societies begin to emerge from the pandemic, “they must now urgently shape new economic and social systems that improve our collective resilience and capacity to respond to shocks while reducing inequality, improving health and protecting the planet.”

Saadia Zahidi, managing director at the WEF, whose statements were included in the press release, said: “To help meet this challenge, next week’s event, The Davos Agenda, will mobilize global leaders to shape the principles, policies and partnerships needed in this new context.”

The WEF 2021 report also reflects on the responses to COVID-19, drawing lessons designed to bolster global resilience. These include formulating analytical frameworks, fostering risk champions, building trust through clear and consistent communication and creating new forms of partnership. The key risks outlined in the report are complemented with recommendations to help countries, businesses, and the international community to act, rather than react, in the face of cross-cutting risks. The report closes with an overview of “frontier risks” – nine high-impact, low-probability events drawn from expert foresight exercises – including geomagnetic disruption, accidental wars and exploitation of brain-machine interfaces.

“The acceleration of the digital transformation promises large benefits, such as, for example, the creation of almost 100 million new jobs by 2025. At the same time, however, digitalization may displace some 85 million jobs, and since 60% of adults still lack basic digital skills, the risk is the deepening of existing inequalities,” said Peter Giger, group chief risk officer at Zurich Insurance Group.

“The biggest long-term risk remains a failure to act on climate change. There is no vaccine against climate risks, so post-pandemic recovery plans must focus on growth aligning with sustainability agendas to build back better.”

“Every business will need to strengthen and constantly review their risk mitigation strategies if they are to improve their resilience to future shocks,” Klint said.

“The pandemic in 2020 was a stress-test that shook the foundations of economies and societies worldwide," said Lee Hyung-Hee, head of the Social Value Committee at SK Group. "Rebuilding resilience to systemic shocks will require significant funding, international cooperation and greater social cohesion. Resilience will also hinge on the continued growth in connectivity worldwide, as we know that economies that digitized early performed relatively better in 2020.

“If the continued deployment of 5G and AI is to emerge as an engine of growth, however, we must urgently bridge digital divides and address ethical risks.”