‘We can’t go on’: Greek businesses plead for help amid pandemic 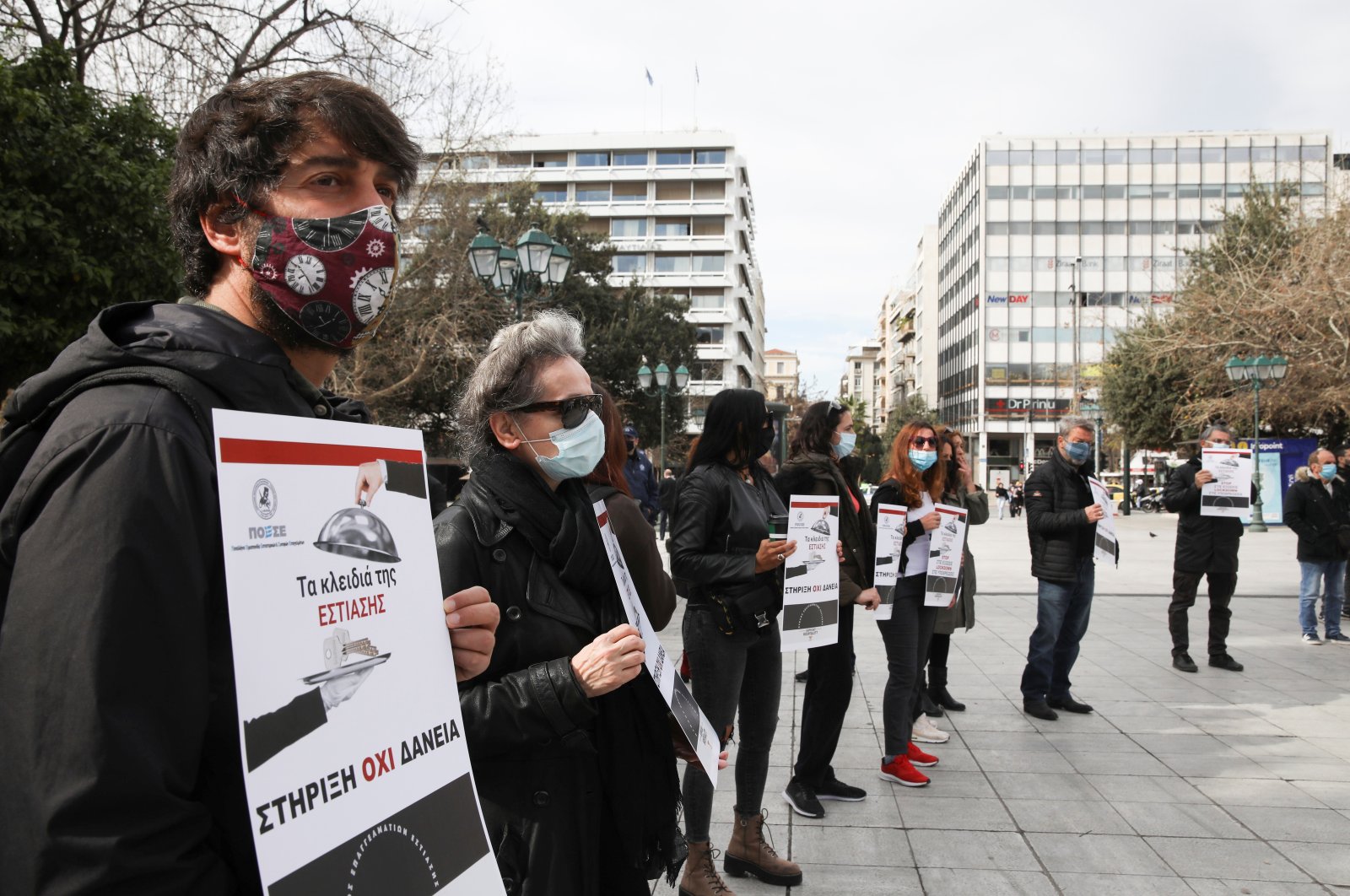 Restaurant and cafe owners hold placards during a protest over lockdown measures that have kept their businesses closed, amid the spread of the coronavirus disease (COVID-19), in Athens, Greece, Feb. 10, 2021. (Reuters Photo)
by REUTERS Feb 10, 2021 4:19 pm
RECOMMENDED

Greek restaurant and cafe owners pleaded on Wednesday for additional government support to protect their livelihoods and jobs after months of crippling restrictions on their businesses to help stem the spread of COVID-19.

Some 80,000 restaurants and cafes in tourism-dependent Greece, employing about 350,000 people, closed in September and have been allowed to offer only delivery and take away services since.

“If the shop doesn’t operate we can’t eat, and we do not have 10,000-20,000 euros stashed away in savings and able to feed ourselves at the same time. If the shop is not operating then that is the end.”

In a move to showcase their problems, restaurateurs and cafe owners collected the keys of their businesses and dropped them in boxes set up at a central Athens square and in other Greek cities. They plan to hand them over to the prime minister's office in the coming days.

“With current government measures, 45% of businesses say they won’t be able to open again,” said Giannis Chatzitheodosiou, president of the Athens Chamber of Tradesmen.

“It is a catastrophe both professionally and personally for businesses that have tried for years to stay afloat.”

Greece, which has fared relatively well in Europe during the pandemic, was forced to impose a partial lockdown in November after infections began climbing, threatening to overwhelm a health system badly weakened by a decade-long financial crisis.

Restaurants and bars are not expected to resume operations soon after Prime Minister Kyriakos Mitsotakis ordered a full lockdown in the wider Athens region on Tuesday, citing a fresh rise in hospital admissions in Athens and the detection of more contagious variants of the coronavirus.