Who will monitor how $4B US funding to Afghan forces is spent? 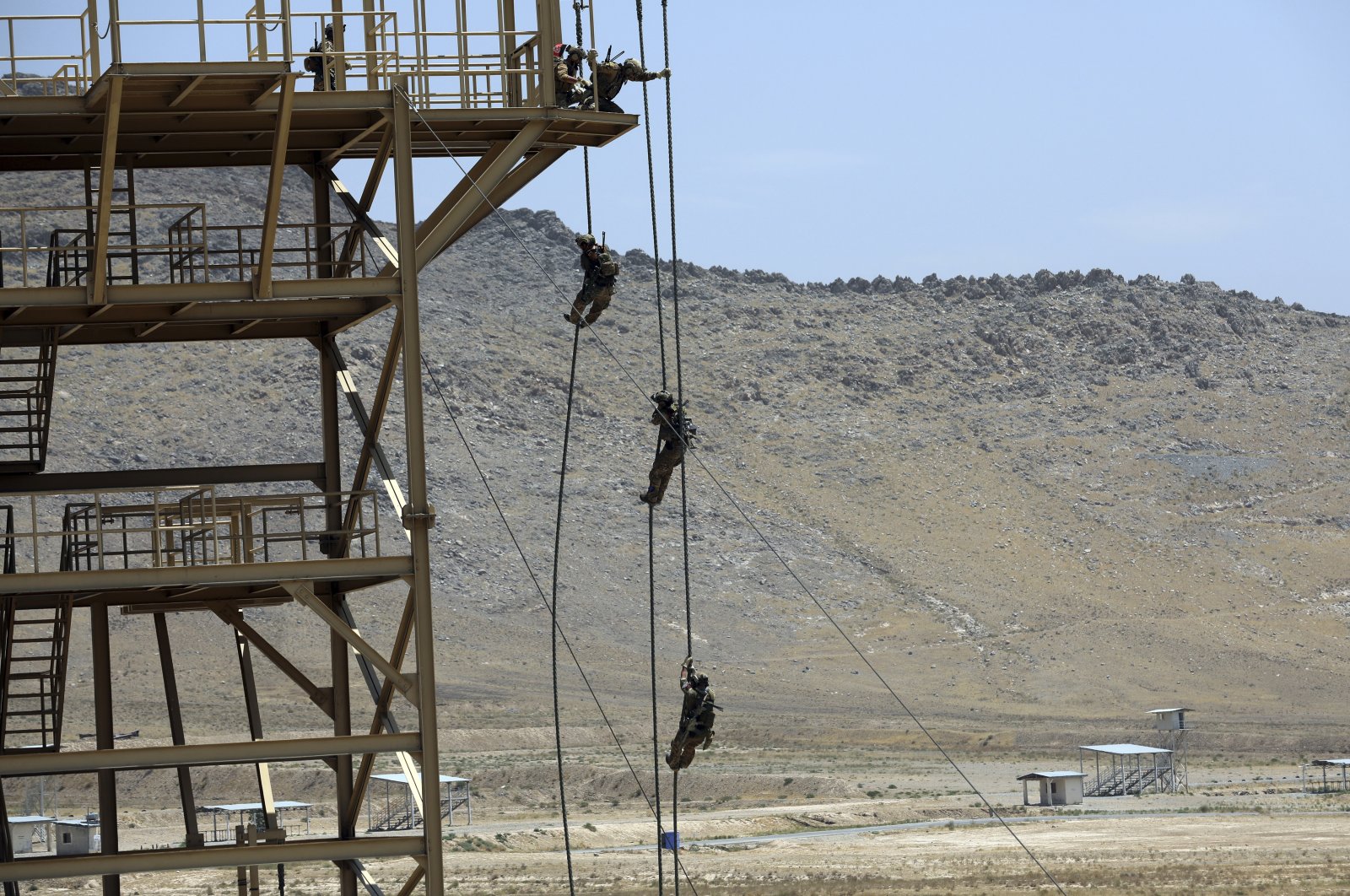 Afghanistan was promised $4 billion a year until 2024 by the U.S. and NATO to finance its military and security forces, which have been tasked with preventing Taliban advances. Meanwhile, the U.S. has already spent nearly $89 billion over the past 20 years to build, equip and train Afghan forces in Washington's longest war.

Yet America’s own government watchdog says oversight of the money has been poor, hundreds of millions of dollars have been misspent and corruption is rife in the security apparatus.

Monitoring where the future funding goes will become virtually impossible after Aug. 31, when the last coalition troops leave. Here is a look at some of the issues:

Nearly $83 billion has been spent to build, equip, train and sustain Afghanistan’s National Defense and Security Forces, which include the military, national police and the elite Special Forces.

That figure covers a wide range of items. For example, the U.S. spent nearly $10 billion on vehicles and aircraft. It spent $3.75 billion on fuel for the Afghan military between 2010-2020.

Separately, another $5.8 billion went into economic and government development and infrastructure since 2001, with the expressed goal of winning public support and blunting the Taliban insurgency. The figures are from reports by John Sopko, the Special Inspector General on Afghanistan Reconstruction, or SIGAR, tasked with monitoring how U.S. taxpayer dollars are spent.

The U.S. allocation for 2022 is $3.3 billion. It will include $1 billion to support the Afghan Air Force and Special Mission Wing, $1 billion for fuel, ammunition and spare parts, and $700 million to pay salaries for Afghan soldiers.

It is difficult to see how the Afghan government will be able to pay to keep its military running after 2024.

More than 80% of the Afghan government budget is paid by the U.S. and its allies, according to SIGAR. Economic projections suggesting Kabul could carry more of the financial burden have been either wrong or vastly exaggerated, Sopko reported. Afghanistan’s growth rate was to be 3.4% in 2021 but instead shrunk by 2%. In the last four of seven years, Afghanistan has missed its economic growth targets.

Much of the billions injected into Afghanistan in the past two decades has gone largely unmonitored, leading to runaway corruption by both Afghans and foreign contractors.

In one instance, the U.S. spent $547 million to buy and refurbish 20 G222 military transport aircraft for the Afghan Air Force. Sixteen of them were later sold as junk to Afghan scrap dealers for $40,257 because the American refurbishes delivered flawed and unsafe aircraft.

A retired U.S. air force general, contrary to retirement rules, had links to the firm that refurbished the planes, according to a report by Sopko earlier this year. The report said the Justice Department informed the watchdog agency in May 2020 that it would not prosecute any criminal or civil cases connected to the G222 program.

The Afghan army and police force officially have around 320,000 members, but SIGAR says the number is closer to 280,000. The discrepancy is attributed to the presence of so-called ghost soldiers, where corrupt officials pad the personnel numbers to collect money, reported SIGAR.

Sopko said in one of his reports that lack of oversight allowed bribery, fraud, extortion and nepotism, “as well as the empowerment of abusive warlords and their militias.”

“Corruption significantly undermined the U.S. mission in Afghanistan by damaging the legitimacy of the Afghan government, strengthening popular support for the insurgency, and channeling material resources to insurgent groups.”

What kind of military is left?

For all the time, training and money funneled by the U.S. into the Afghan military as a whole, the small, elite commando forces appear to be the only units capable of standing as a bulwark against the Taliban.

However, the Afghan air force risks being largely grounded once the coalition leaves. The Afghans’ fleet of fighter jets is serviced by U.S. contractors, who are leaving along with the troops. Afghan officials say the coalition never gave them the training or infrastructure to carry out maintenance themselves.

Bill Roggio, senior fellow at the Foundation for the Defense of Democracies, said the coalition failed the Afghan government and military by making them over dependent on Western support.

By 2016, U.S. advisers couldn’t even meet Afghan security officials at their Kabul offices without heavily armored convoys, and later they could only go by helicopter, said Sopko’s July report.

Staff at the U.S. Embassy in Kabul has been reduced to mostly essential personnel since mid-April. An embassy official told the AP that 1,400 Americans remain at the embassy, mostly restricted to the compound.

Roggio said the U.S. and NATO had a hard enough time monitoring aid when they were in Afghanistan; it will be virtually impossible once they leave.

“And with the Taliban rampaging across the country,” he added, “the incentive for Afghan officials to plunder the cash only increases.”