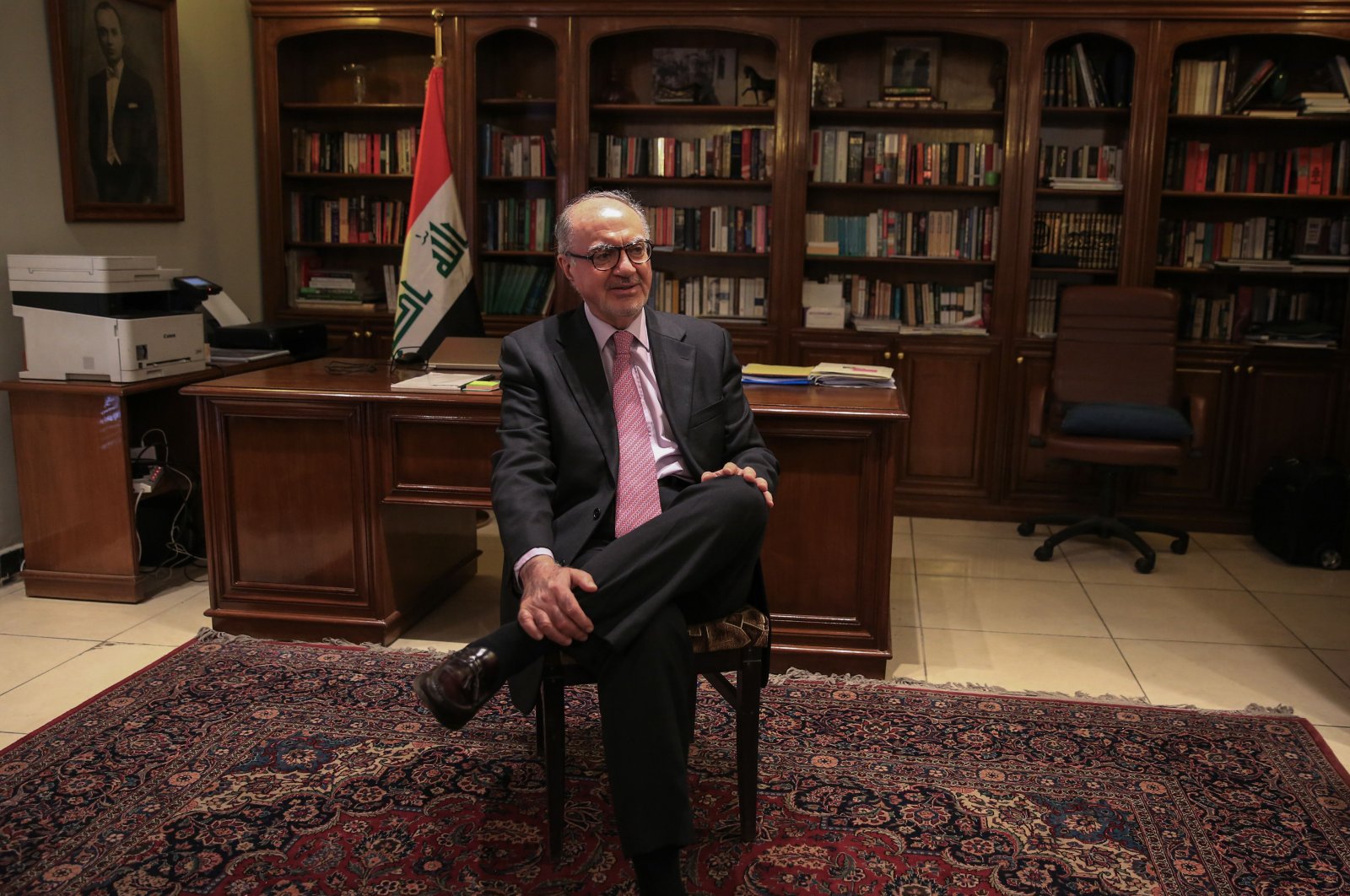 Iraq's economy could reach irreversible lows within the next year unless urgent reform measures are adopted, its finance minister warned on Monday.

"Reform is inevitable," Ali Allawi, who has been tasked with stabilizing Iraq's economy following an oil price crash that saw state revenues slashed by half, told Agence France-Presse (AFP). "If we do not amend the situation throughout the next year, we may face shocks we cannot fix."

Iraq's economy is already projected to shrink by 10% this year following a dramatic drop in oil prices from over $50 per barrel to around $20.

The Organization of the Petroleum Exporting Countries (OPEC)'s second-biggest oil producer relies almost exclusively on its crude exports to fund its budget, which includes a bloated public sector and mass subsidies.

When he took over the finance ministry in May, Allawi told AFP, he was "shocked" to find so little liquidity.

"A government should normally have at least one-and-a-half months of spending in its accounts in case of emergencies or shocks, but in reality, there was only a tenth of this amount. There should have been 10-15 trillion IQD (up to $12 billion), but there were only two trillion dinars," he said.

Iraq spends at least $4.5 billion a month just to pay public workers and run the government.

"The finances are worse than it was in 2005 or 2006. We are in an existential economic situation," said Allawi, 73, who was also finance minister at that time.

Then, Iraq was paying public salaries to around a million people, with oil prices at around $35.

Now, a barrel sells for the same amount – but the state is responsible for 4.5 million workers, 2.5 million retirees and around a million welfare recipients.

At his family home in Baghdad, surrounded by books on history and economics, Allawi said he hoped to pay June and July's public salaries on time by borrowing internally.

"We can do this up to a certain ceiling, but if we exceed that ceiling then we'll face serious risks," he said, sporting a pink tie and glasses with translucent frames.

To navigate these dangers, Allawi said he would propose a full reform plan to parliament within three months, including austerity measures that could last two years.

Economic experts – including Allawi – have advocated such steps ever since the 2003 U.S.-led invasion.

"If oil prices stay at this level for a year, and our expenses stay the same, without a doubt we're going to hit a wall," Allawi said. "We can't lead a country, particularly from the economic side, by hoping oil prices rise enough to cover costs."

Allawi, who served as finance minister in Iraq during a transitional government in 2005, finds himself in a similar position now: part of a short-term cabinet that has inherited a web of challenges from its predecessors.

Instead, public outrage has focused on new Prime Minister Mustafa al-Kadhemi – and Allawi.

The new cabinet sought to save by cutting monthly disbursements to ex-political prisoners and retirees earning a double-wage, but that sparked accusations that it was targeting the country's most vulnerable citizens while turning a blind eye to graft among top officials.

Iraq is perceived as the 16th most corrupt country in the world according to Transparency International, with some $450 billion in public funds vanishing into the pockets of shady politicians and businessmen since 2004.

Asked if he thought he could regain the public's trust, Allawi admitted it would be a tremendous task.

"There have been major failures on behalf of successive governments in recent years, leading to a loss of confidence between the state and citizens," he said.

"I'm not asking them to trust us first, but to wait for the measures that we will take if they are fair, equitable and useful," he added.