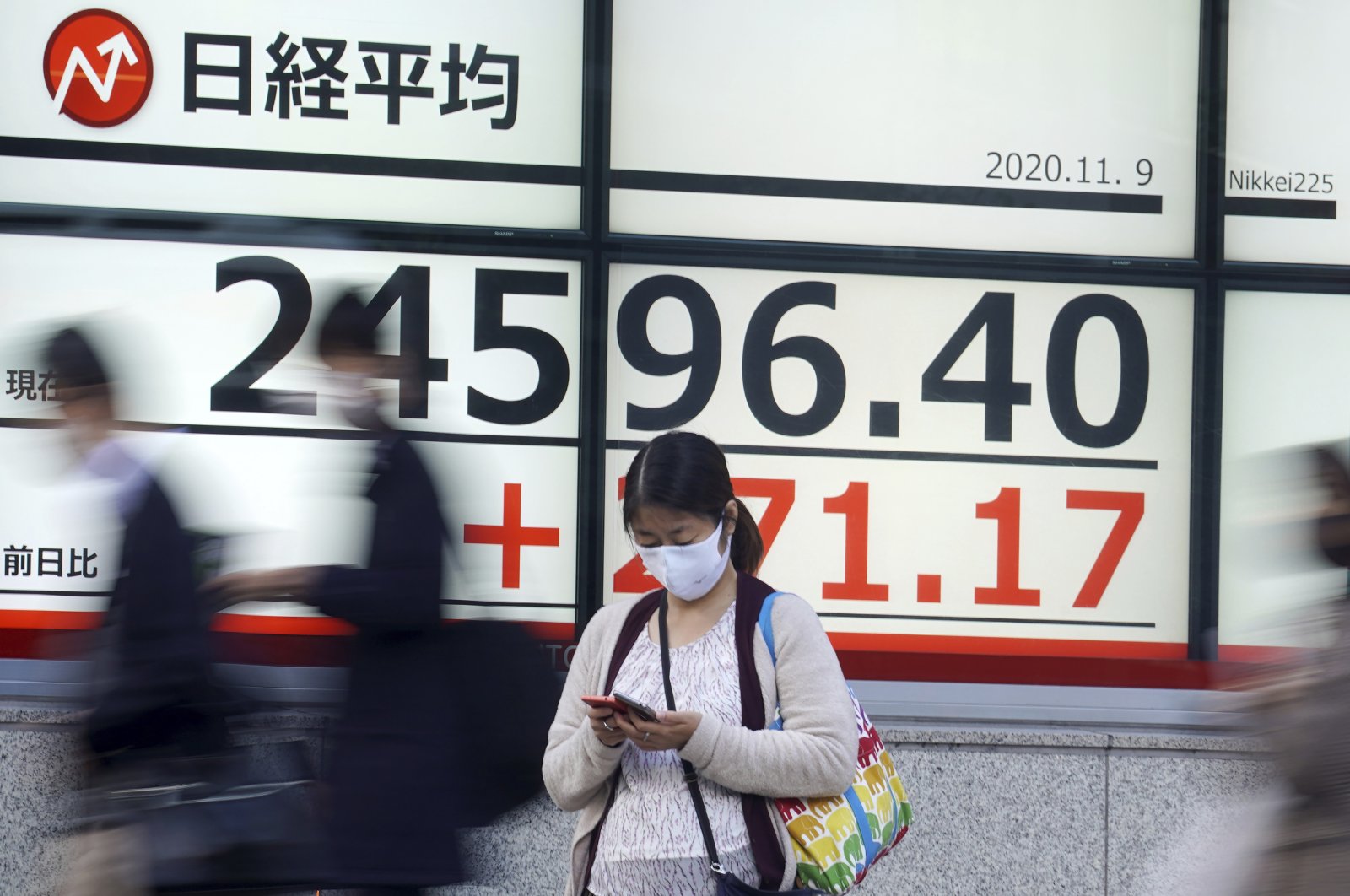 The MSCI's index of emerging market stocks rose 1.3% to its highest level since March 2018.

“Looking at the U.S. and European futures, one thing is pretty much clear, that traders are very much pleased with the president-elect, Joe Biden. For them, this means less uncertainty, less turmoil in terms of foreign relations and reversal of some futile policies which were put by the Trump administration,” Naeem Aslam, chief market analyst at Ava Trade, was cited by the Associated Press (AP) as saying in a commentary.

Many in the region expect trade tensions to de-escalate under a Biden presidency. Still, not all trade tensions are expected to vanish even if he rolls back some of the tariffs imposed by President Donald Trump on U.S. trading partners, especially China, in the past several years.

The European Union pressed ahead Monday with plans to impose tariffs and other penalties on up to $4 billion worth of U.S. goods and services over illegal American support for plane maker Boeing. That followed a World Trade Organization (WTO) ruling in the U.S.’s favor over EU support for Airbus.

The U.S. dollar sank to a 10-week low after Biden was declared the winner over the weekend, while China's yuan and the Mexican peso – both recent targets of U.S. trade pressure – marked strong gains.

The yuan jumped to a more than 28-month high to the dollar, as markets priced in improving Sino-U.S. trade relations.

For now, investors seem inclined to shrug off Trump’s refusal to concede and threats of legal action. With Republicans expected to retain their grip on a majority in the Senate, they are betting on continuity in tax, regulatory and other policies, analysts said.

“Trump not conceding a loss is near-term noise looking to wrong-foot Biden at the start of his presidency while Republicans in a position to not concede ground on legislation may continue to frustrate Biden’s agenda,” Mizuho Bank said in a commentary, according to the AP.

If Republicans remain in charge of the Senate, chances for a big package of economic aid are weaker, and the Federal Reserve will likely need to step up with more support, said Jeffrey Halley of Oanda.

Despite rising infections and deaths from the pandemic, economies have continued to recover from the shocks of earlier shutdowns to combat outbreaks.

Customs data released Saturday showed China’s export growth accelerated in October, boosting the total so far this year back above pre-coronavirus levels for the first time. Exports in October rose 11.4% over a year earlier to $237.2 billion, up from September’s 9.9% gain, while imports rose 4.7% by value to $178.7 billion, decelerating from the previous month’s 13.2% surge.

Biden has vowed to move decisively to try to counter the worsening coronavirus pandemic, which has sapped economic growth, trade and travel, as the U.S. and Europe face a troubling rise in infections. Even if the strictest lockdowns don’t return in the United States, the worsening pandemic may dampen consumption and erase profits.