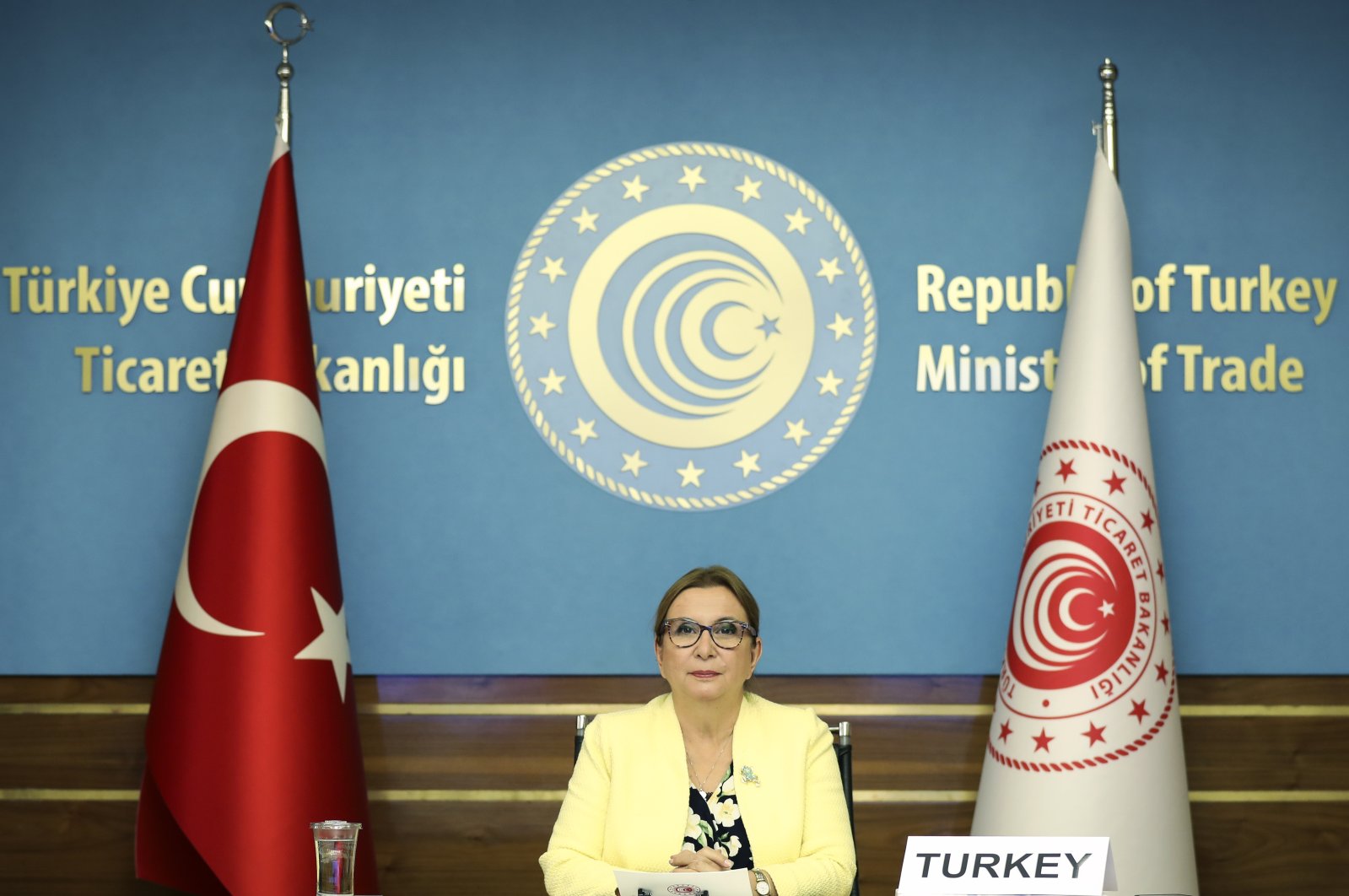 Although countries have sought to mitigate the negative effects of the COVID-19 pandemic, it is important that such measures be target-oriented, measured, transparent and temporary and that they do not unnecessarily obstruct trade, Turkish Trade Minister Ruhsar Pekcan said Thursday.

The minister was speaking at the Ministers Council Meeting of Organisation for Economic Co-operation and Development (OECD) which was held via videoconference, a statement by the ministry said.

The meeting was attended by high-level officials from OECD member countries along with representatives from international organizations, including the World Trade Organization (WTO) and the United Nations Conference on Trade and Development (UNCTAD).

Pointing out that the world has recently faced unprecedented challenges due to the outbreak, Pekcan said that the pandemic hit both the supply and demand side of economies, bringing the already fragile world economy to an even more negative state.

Meanwhile, the trade minister said that countries have learned lessons from the process and better understand the importance of international cooperation.

"The free, fair and open trade and investment system, which is at the center of the WTO-based and rule-based multilateral trade system, is essential to mitigate the negative economic effects of the pandemic,” Pekcan emphasized.

She said that the pandemic also led to rethinking the structure of production processes since the pandemic revealed that relying on specific geographies for industrial production carries a huge risk – stressing that global value chains that faced problems during the period should evolve into more durable, efficient structures.

Turkey is among the founding members of the OECD, which is a leading international organization with a large network and 37 members from developed and developing countries.

It hopes to establish an Istanbul center for the organization so that its work can better benefit regions near the country, namely the Balkans, Middle East and North Africa.

Once operational, the OECD Istanbul Center will act as a socioeconomic laboratory that makes a global impact and incorporates academics into the center's works. It is set to focus on a range of fields including competitiveness, entrepreneurship, trade, public governance, innovation, mobilization of human capital, connectivity and infrastructure development, increasing economic resilience, green growth and the future reconstruction of the world economy after the COVID-19 pandemic.

The center is expected to create an environment that promotes dialogue between stakeholders where policies can be developed, hosting high level and technical meetings. Works to open the center by the end of the year are underway, following a delay due to the outbreak.