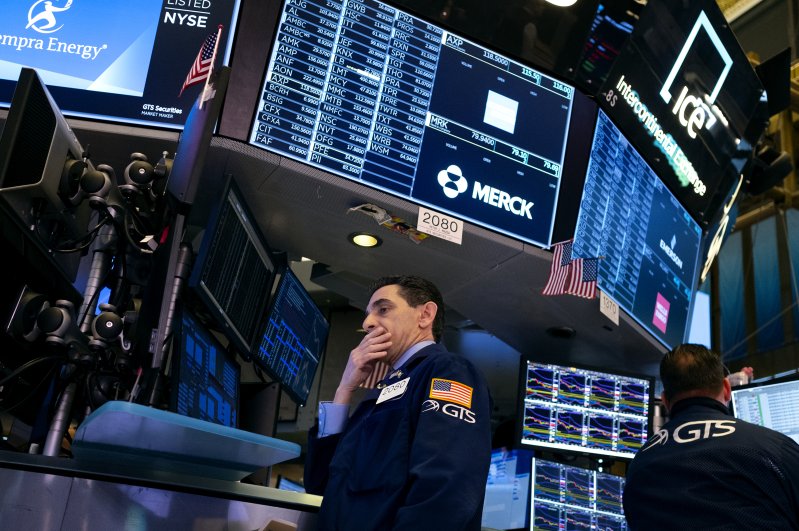 Wall Street stocks suffered another downbeat session on Friday to conclude the worst week since the 2008 financial crisis amid worries that the coronavirus will derail global economic growth.

The Dow and S&P 500 were deeply negative most of the day but cut their losses after Federal Reserve Chair Jerome Powell released a statement saying the U.S. economy stayed "strong" but vowing to "use our tools" to provide support.

Both the Dow and S&P 500 have fallen over the last seven days, a period during which the coronavirus has expanded from a China-centered problem to a global worry following outbreaks in South Korea and Italy and cases in dozens of countries.

Karl Haeling of LBBW described sentiment this week as "complete fear and panic," with investors anticipating broader economic dislocation following the near shutdown of major parts of China.

"The market is pricing in that you'll see lockdowns," Haeling said. "And that would end up tipping the economy into a recession, at least a technical recession."

Friday, there were fresh signs of the economic hit, with United Airlines announcing it was grounding more flights to Asia, and survey results suggesting a big impact on shopping malls if the virus grows in the U.S.

"The risk of a pandemic is rising and the human toll, as well as the economic cost, are not knowable," said FHN Financial's Chris Low. "Investor fear is understandable when earnings are in doubt."

But some investors are also eyeing the pullback as a potential buying opportunity.

"There is significant evidence mounting there is likely to be a sharp oversold rally," said a note from Canaccord Genuity equity strategist Tony Dwyer.

Financial and consumer stocks remained under pressure Friday, but some energy shares enjoyed a reprieve, with Exxon Mobil jumping 3.3% and ConocoPhillips 2.7%.

Petroleum-linked companies have been among the hardest hit during the rout following a retreat in oil prices at a weakening petroleum demand outlook.