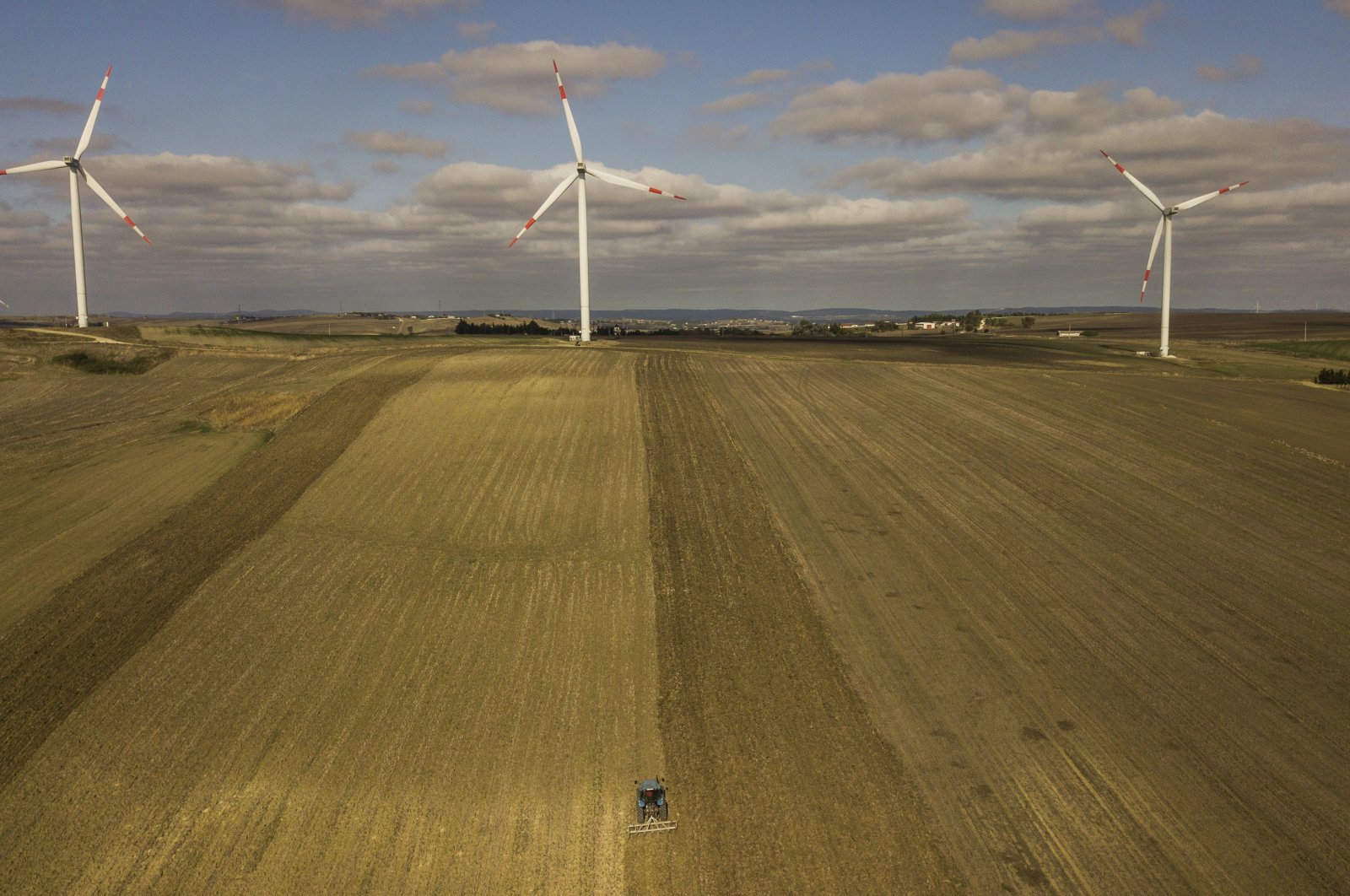 The year 2020 has been a turning point for renewable energy's development in Turkey, Energy and Natural Resources Minister Fatih Dönmez said Monday.

In April, power production from local and renewable sources was at the level of 80%, Dönmez said, adding that these numbers indicate records on a monthly basis since 2000.

"The share of local resources in power production has continuously stood at the level of 50% on a monthly basis in the last 23 months, since December 2018," Dönmez said, adding that Turkey now ranks 15th in the world and fifth in Europe in terms of its capacity increase in renewables.

“The installed capacity in renewables added in 2020 is more than the combined renewables capacity of 17 EU countries," the minister said.

A considerable capacity increase in solar and wind power is projected for Turkey, as is the case globally, however, technology will be key in this increase, which will pave the way for new opportunities in these fields in the future, according to Dönmez.

It projects that the share of renewable and nuclear power in the country’s electricity generation will rise to 58% by 2040 under one scenario, while the alternative scenario envisages it to reach up to 75%.

On the other hand, half of the country’s natural gas supply could be met by domestic resources with the natural gas discovery made in the Black Sea earlier this year, the report said.

The two scenarios project that 25% and 51%, respectively, of the natural gas supply would be met through local resources, boosted by the gas find and increase in domestic gas production.

The primary energy supply is projected to reach a more sustainable and less import-based structure by 2040.

In this context, the share of oil is expected to fall from 29% to 24%, while renewable energy is expected to show the fastest growth and increase its share in electricity production from 14% to 33%. The share of electricity in final energy demand is projected to hit 28%, up from 22% in 2019.

The report also highlighted that an annual investment of between $8 billion and $9 billion (TL 62 billion and TL 70 billion) is required to achieve a technology-oriented transformation in all sectors, including the electricity sector.

While Turkey’s investments in clean energy resources are ongoing, the importance of baseload energy plants for Turkey will not decrease, Dönmez noted.

"In Akkuyu, the operations are ongoing as planned. The license for the construction of the third unit of Turkey's Akkuyu Nuclear Power Plant (NPP) has been given, and hopefully, the first reactor will be operational in 2023, while the remaining three will be operational every other year," he said.

An intergovernmental agreement was signed between Turkey and Russia in May 2010 for Akkuyu NPP, the first nuclear plant of Turkey that will have four VVER-1200 power reactors with a total installed capacity of 4,800 megawatts (MW).

Dönmez also underlined Turkey's efforts in developing its natural gas infrastructure and market, which will be boosted thanks to the gas discoveries in the Black Sea.

“Local gas strengthens Turkey's hand in the contracts that will be renewed in the coming period. Our approach to this topic is crystal clear: We will transform Turkey into an energy hub where the pricing is done, the market development is being shaped, where the buyer and seller meet in a free market which has a developed energy infrastructure,” he said.

The country recently made its largest-ever natural gas discovery as it found 405 billion cubic meters (bcm) of natural gas at the Tuna-1 location in the Sakarya Gas Field, located about 100 nautical miles north of the country's Black Sea coast.

Turkey expects the first gas flow from the field in 2023, with an envisaged annual gas flow of 5-10 bcm. The field is expected to reach a plateau production of around 15 bcm as of 2025.

"Hopefully, we will finish the necessary infrastructure for charging before TOGG’s first production," he said, referring to Turkey's Automobile Joint Venture Group (TOGG).

The country last December showcased the SUV and sedan models of the car, produced by TOGG, a consortium of Turkish companies working in cooperation with the Turkish Union of Chambers and Commodity Exchanges (TOBB).

TOGG last month signed an agreement to partner with electric vehicle battery maker Farasis for the use of the Chinese company’s battery cells in the range of TOGG products. Battery cells will be provided by Farasis, and the battery modules and packs will be jointly developed and produced in Turkey.