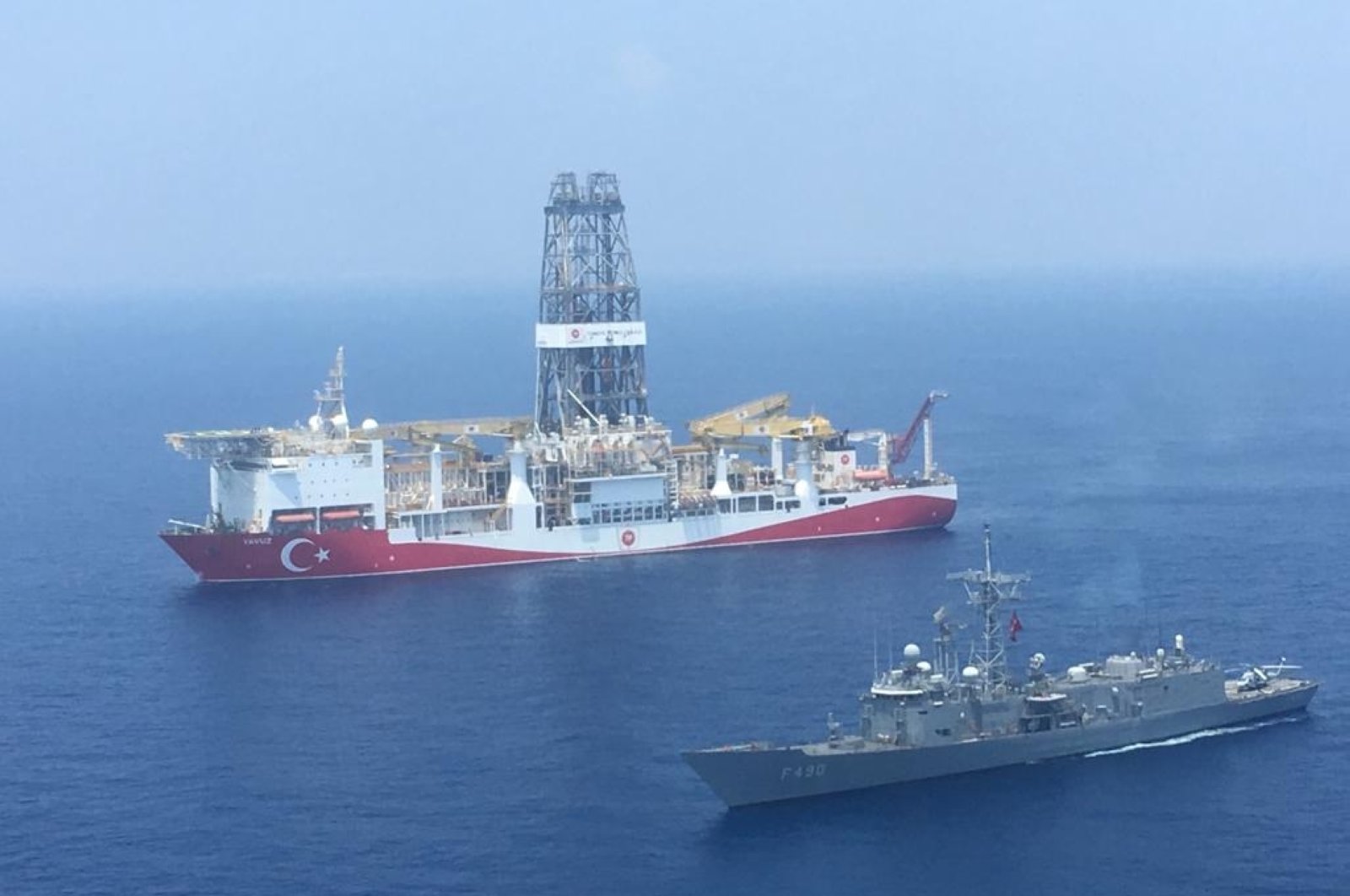 In this July 9, 2019, file photo, a Turkish navy warship escorts drillship "Fatih" as it travels toward the Eastern Mediterranean near Cyprus. (AFP Photo)
by Anadolu Agency Aug 26, 2020 5:20 pm
RECOMMENDED

The gas field is expected to start operations in 2023, the 100th anniversary of the Turkish Republic.

"Not many people have the knowledge and experience in wireline drilling. That is why we were hired to work and train the local staff in Turkey," said Beni Kusuma Atmaja, who was part of the team.

Praising their expertise, Imam Asari, the Indonesian consul general in Istanbul, said, "It should be an example for young people in Indonesia to pursue wider knowledge and achieve great things."

"In Indonesia, they feel like they are treated as second class citizens and not [recognized] based on their skills, both in national and foreign oil and gas companies," said Radhi.