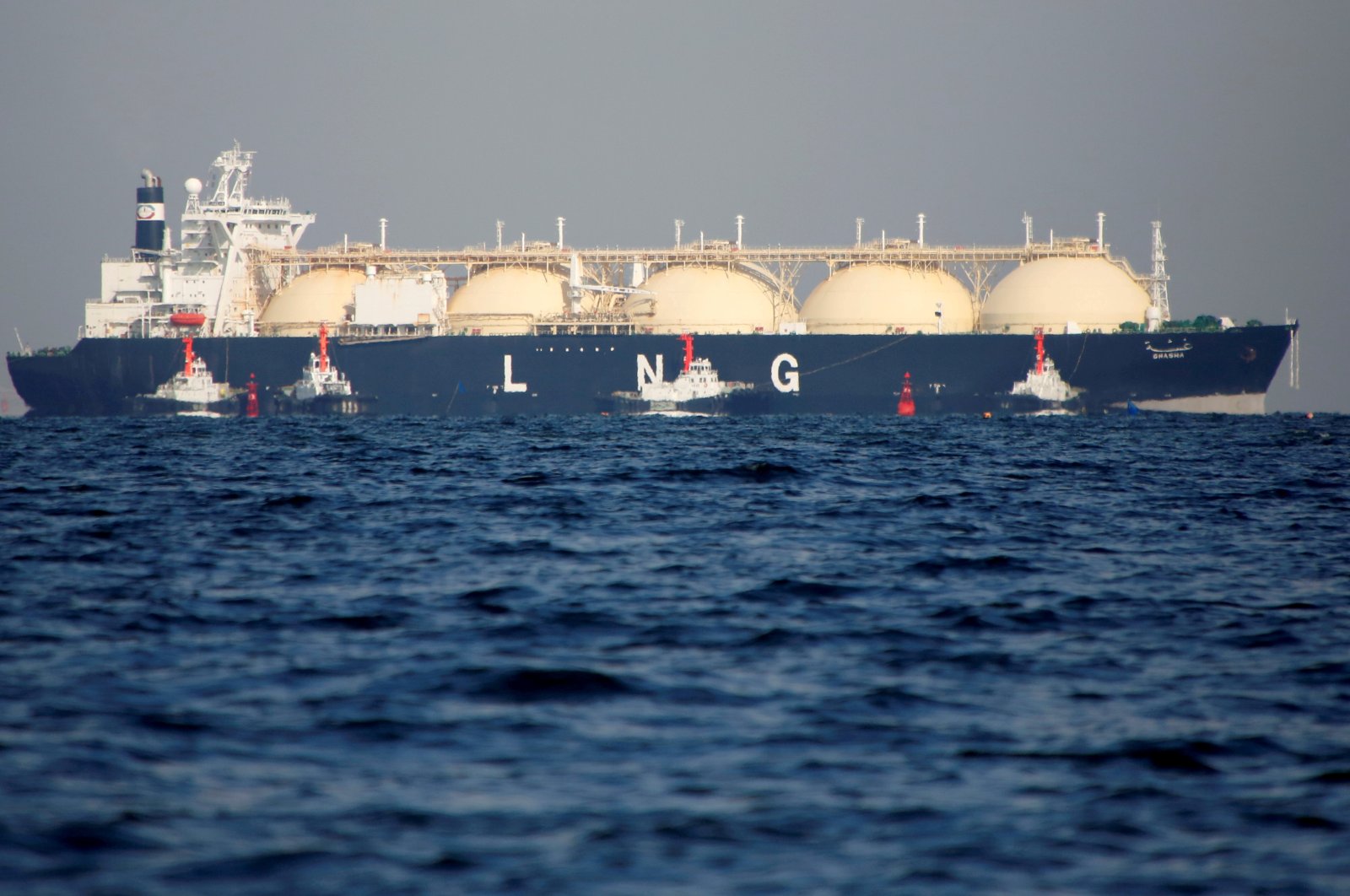 The Asia Pacific and Asia led liquified natural gas (LNG) demand in 2020 accounting for 70% of imported volumes and the recent discovery of gas reserves have increased proposed LNG liquefaction capacity in Africa, putting the continent in the spotlight as a potential key export region, according to the data in the International Gas Union's (IGU) new report.

Last year was the seventh consecutive year of growth in LNG trade despite the COVID-19-related impact on the supply and demand side worldwide, data compiled by Anadolu Agency (AA) from the IGU's World LNG 2021 report showed.

The U.S. and Australia increased exports by a total of 13.4 million tons last year, the majority of it coming from the U.S.

Japan led the LNG imports in the world with 74.4 million tons despite the fact that Japan's demand fell by 2.4 million tons as compared to 2019. Apart from the demand downfall in Japan, the demand of Mexico and France dropped by 3 million tons and 2.5 million tons, respectively, becoming the largest contractions globally.

Myanmar was a new addition to the list of global LNG net importers in 2020, importing 200,000 million tons.

"Asia remains the primary demand driver for LNG and it is expected to continue this way for some time, with Japan, China, Korea, India, the broader region expected to be the primary drivers of demand," IGU told AA in a note via email. "This is not to say that LNG is not in demand across global markets. The EU imports 81 million tons, which is more than either China or Japan singly but obviously is somewhat fragmented and nowhere near as significant as Asia Pacific imports."

Turkey became the ninth-largest LNG importing country last year with 10.7 million tons, according to the IGU.

Last year, the largest LNG trade route was intra-Asia Pacific, accounting for 84.3 million tons of the total trade and driven mainly by the continued ramp-up in exports from Australia into Japan and South Korea.

Most of the remaining supply out of Asia Pacific ended up in Asia marking the second-largest trade flow in 2020 with 46.4 million tons. Around 29.7 million tons out of this amount flowed from Australia to China alone.

Globally, the third-largest trade flow was from the Middle East to the Asia Pacific at 33.9 million tons, with most of the supplies exported from Qatar, while African exports flowed mainly to Europe and Asia with reduced exports from Cameroon, Equatorial Guinea, Nigeria, Algeria and Egypt in 2020.

"European imports from Africa had to compete with low-cost imports from the U.S., which meant a reduction of flows. While India was still a big customer of African LNG, that volume also decreased compared to 2019, with India taking more volumes from Qatar instead," the IGU said in the report.

Several projects planned to start commercial operations in 2020 saw delays due to the COVID-19 pandemic as Russia's Yamal LNG project was also postponed.

Australia has the largest liquefaction capacity with 87.6 mtpa, followed by Qatar with 77.1 mtpa.

Qatar's liquefaction capacity is planned to increase to 110 MTPA with the completion of the North Field East project for which the country took the final investment decision to become the world's largest LNG project.

Globally, an aspirational liquefaction capacity of 892.4 mtpa is proposed, with the majority of it in the U.S. and Canada.

The proposed LNG facilities are planned for Djibouti, Nigeria, Cameroon, Mozambique and Tanzania.