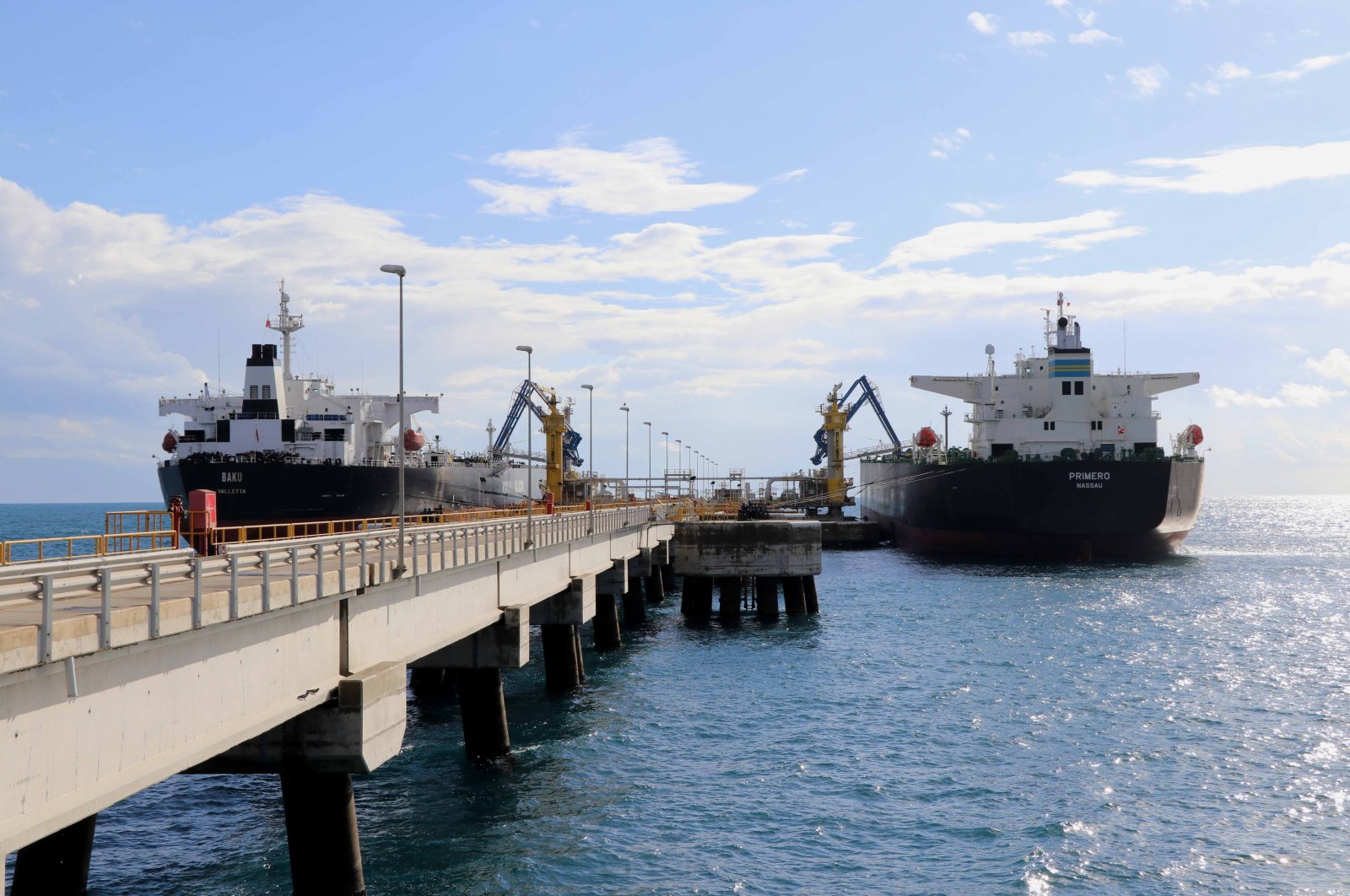 The Baku-Tbilisi-Ceyhan (BTC) pipeline – which carries Azerbaijani oil from the Caspian Sea, in addition to volumes from other regional countries including Russia and Kazakhstan – delivered 3.4 billion barrels of crude oil shipped from the marine terminal at Ceyhan in southern Turkey, to the global markets in 14 years, according to information provided by Turkey's Petroleum Pipeline Corporation (BOTAŞ).

More than 4,500 tankers have been shipped from Haydar Aliyev Marine Terminal in the Ceyhan district of Adana province, which is the last stop of the BTC Crude Oil Pipeline, which was launched in July 2006.

The 1,076 kilometers (669 miles) of pipeline that crosses Turkey is operated by BOTAŞ International (BIL) and is currently nearing the 14th anniversary of its establishment.

BIL General Manager Nadim Ekiz, speaking on the operations of the BIL, told Anadolu Agency (AA) that by the end of May, some 4,500 tankers were loaded by crude oil, while this number has further accelerated as of today.

With over 3.4 billion barrels of crude oil shipped through the pipeline via BIL, the company has been in a leading position in Turkey’s energy industry on the international arena, he said.

Ekiz noted that since starting operations in 2006, BIL had made significant contributions to the country’s economy with its safe delivery of crude oil to world markets,.

“Turkey is located in a strategic position in the energy sector,” he stressed, highlighting that the country had signed important projects in the energy sector under the leadership of President Recep Tayyip Erdoğan and that BIL was set to “spend all its energy striving toward the goals set by the government.”

“The giant steps taken by our country in the energy field further reinforce our determination to achieve these goals, he added.

Ekiz went on to say that the company has turned into a global brand of Turkey in energy markets, indicating that the BIL will maintain its prominent position in line with projects by the Energy and Natural Resources Ministry.

The annual oil transit amount in 2007, one year after the pipeline's inauguration, was around 210 million barrels, BOTAŞ figures showed.

The BOTAŞ BIL was established on July 3, 1996, to develop strong, efficient and cooperative relations with foreign companies.

BOTAŞ is also the second-largest investor, with 30% of shares, in the Trans-Anatolian Natural Gas Pipeline (TANAP), another significant energy project jointly accomplished by Turkey and Azerbaijan. TANAP is the first pipeline network to deliver natural gas from Azerbaijan through Turkey and on to Greece, the first step in its European leg, the Trans Adriatic Pipeline (TAP).

TANAP was launched in June 2018, as the backbone of the multinational Southern Gas Corridor (SGC) project and the inauguration ceremony of the TANAP-Europe connection was held in December 2019 in the northwestern Turkish city of Edirne.

Dubbed the "Silk Road" of energy, both TANAP and TAP constitute parts of the $8.5 billion SGC, a multinational natural gas pipeline project supported by the European Commission and financed by the World Bank, European Bank for Reconstruction and Development (EBRD) and the Asian Infrastructure Investment Bank (AIIB).

The 1,850-kilometer-long TANAP carries Azerbaijani gas from the Shah Deniz-2 field and other fields in the southern Caspian Sea to Turkish, Georgian and European markets. While Turkey receives 6 billion cubic meters of gas, an additional 10 billion cubic meters will be transferred to the European gas network.