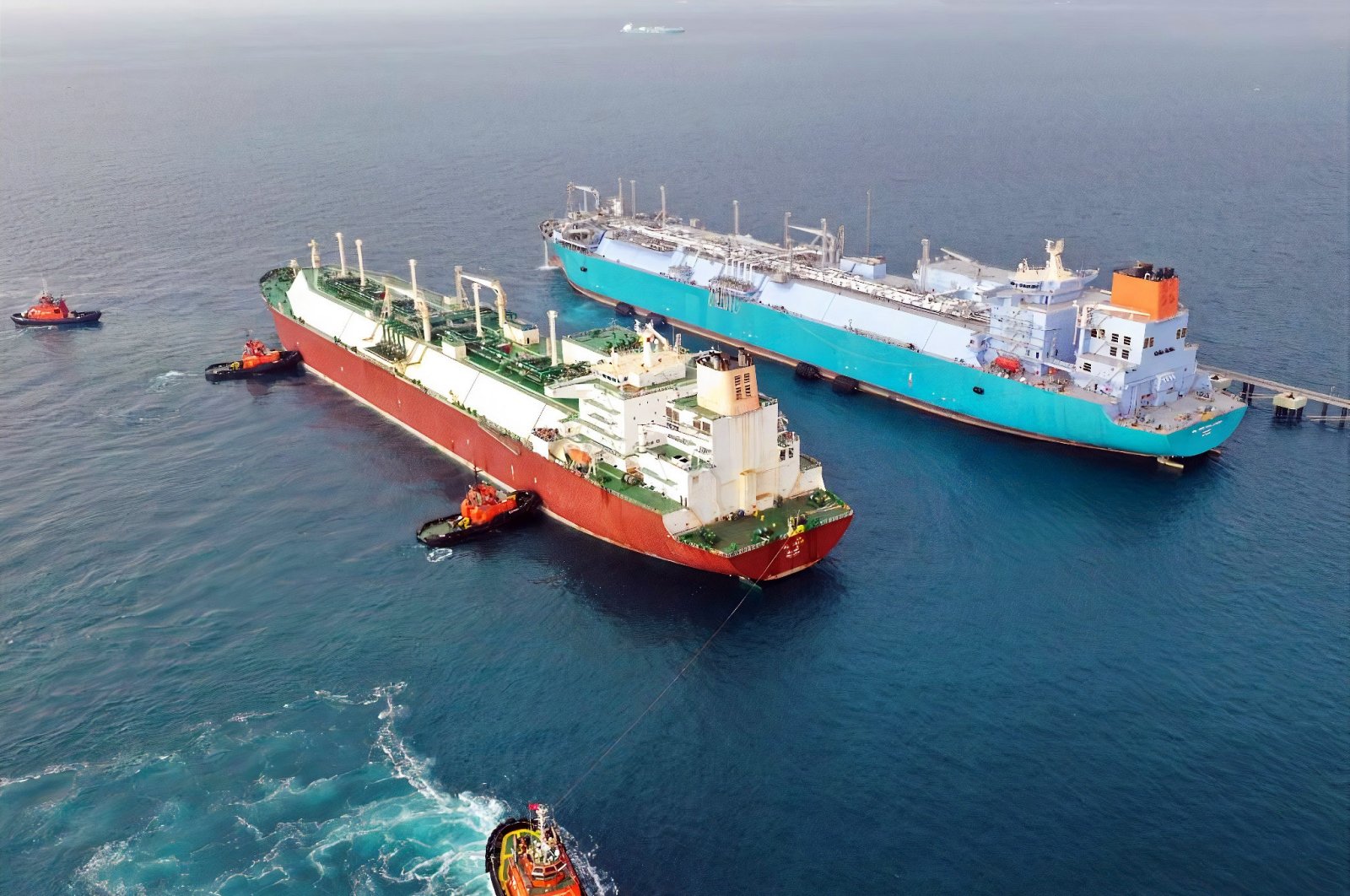 Gas prices in Turkey could start falling earlier than expected and even before the newly discovered Black Sea gas is added to the system, Energy and Natural Resources Minister Fatih Dönmez said Wednesday. The discovered gas would not only be extracted and used more economically compared to imports but will also enable Ankara to better negotiate existing deals.

The remarks came in line with the country’s recent efforts to both diversify its supply channels and to increase storage capacity for cheaper liquefied natural gas (LNG) that would replace the pipeline gas imports. Diversifying supply channels is critical for Turkey’s supply security, and the minister highlighted that a country with up to 50 billion cubic meters (bcm) of gas consumption annually should not be left without alternatives.

Speaking with Anadolu Agency's (AA) editorial desk, Dönmez emphasized the importance of the 320 bcm discovery in the Sakarya Gas Field, where drilling and tests are being meticulously carried out.

Dönmez also stated that this reserve may see upward revisions, which is “highly probable,” and the works regarding this would be completed around mid-October.

“We do not share information and findings with the public without completing the engineering studies,” he said, “in this respect, as soon as the ongoing studies are completed, we will share it with our nation.”

Dönmez once again reiterated that they aim to deliver the newly discovered gas to the national gas transmission network as of 2023.

Regarding production, Dönmez stated that an operational production plan would emerge following the release of annual production figures.

“After these plans emerge, we can calculate the annual and daily production,” he added.

Dönmez stated that there was no concrete data regarding the costs of production in the region, saying that estimates could only be made following the completion of engineering work and that Turkey would be able to finance the cost of production from earnings made from the sale of national resources.

Dönmez also pointed out that the Black Sea had the potential to become like the North Sea, which makes up the majority of Europe's natural gas and oil production.

He added that the country had even received requests from countries that Ankara increase cooperation on the seismic surveys and that after the necessary planning those services could be offered, but that the country’s own studies would take priority.

On Aug. 21, President Recep Tayyip Erdoğan announced the discovery of 320 bcm of natural gas reserves at the Tuna-1 well in the Sakarya Gas Field, located around 170 kilometers (105 miles) offshore in the Black Sea.

The discovery has proved the existence of sizable deposits deep under the seabed. It is close to Romania's Neptun Deep block, where the Domino field was discovered in 2012, at a depth of 930 meters. The Domino field is estimated to contain between 42 bcm and 84 bcm of gas, but no final investment decision (FID) has been taken yet to develop the field.

Drillship Fatih, which began operations in the area on July 20, 2020, discovered the well after only one month of work.

Turkey has been in search of diversifying its natural gas supply channels along with accelerating works on domestic resources as well as increasing LNG storage capacity, an important investment area. Dönmez also emphasized the significance of accelerating LNG’s share in Turkey, as a country surrounded by sea borders on three sides could easily benefit from LNG shipments.

He said that the country currently has two LNG terminals, out of which one belongs to the private sector and the other one to Turkey's Petroleum Pipeline Company (BOTAŞ), along with two floating storage and regasification units (FSRU). The FSRUs are docked at Aliağa district of western Izmir province and Dörtyol district of southern Hatay province.

“With these, we created an alternative source for pipeline gas. Because supply security is very important. You should not be left without an alternative when there is any technical failure in the gas we bring with the pipeline or there is a dispute over contracts,” hinting the importance of negotiating better deals with countries that Turkey has been importing from consistently despite high prices.

As a country that consumes 45 bcm to 50 bcm of natural gas annually, we should begin preparations for alternatives, Dönmez stated. The energy minister said that “it is out of the question that we will eliminate all imports in the very short and medium term,” but potential new discoveries in both the Mediterranean and the Black Sea would decrease the country’s foreign dependence in gas and oil.

Dönmez expressed the country’s long-term goal as becoming self-reliant in those resources which are key for a strong national economy.

Meanwhile, Dönmez stressed that the way to decrease outside dependency in energy is to use the country’s resources, noting that Turkey has given great weight to domestic electricity production and renewable energy projects.

This development is the result of private sector investments, he noted, adding that the YEKDEM incentives expire at the end of this year; however, there are uncompleted projects and thus requests for more support were conveyed to the appropriate authorities.