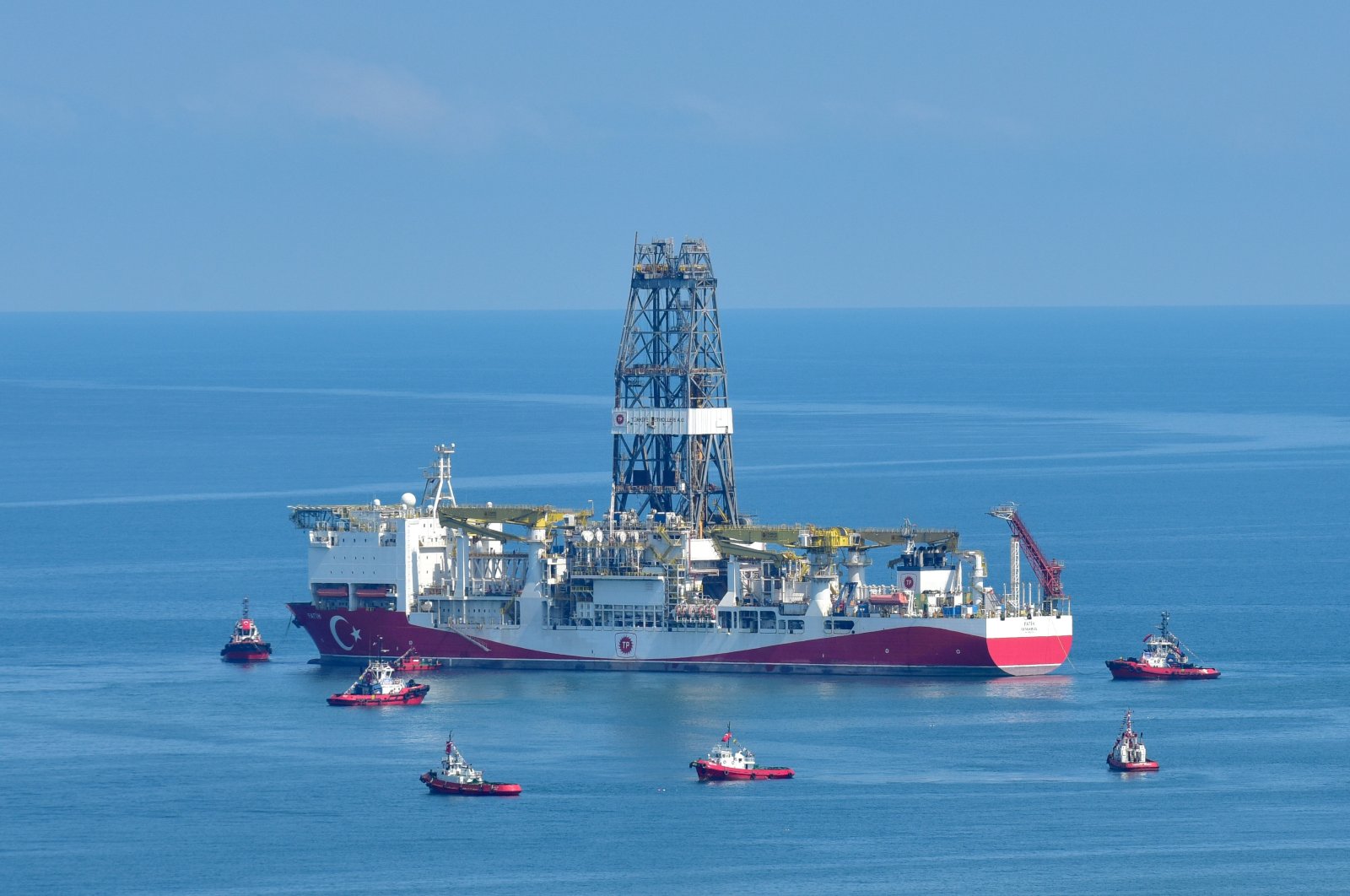 The find will take TPAO and BOTAŞ to a new league, Albayrak told private Turkish broadcaster NTV. “With the further development of these discoveries in the near future, the balance sheets of both TPAO and BOTAŞ can be both domestic and foreign and will pave the way for the IPO process,” Albayrak noted.

The gas field is at a depth of 2,100 meters (6,890 feet) below the seabed in the Sakarya Gas Field around 170 kilometers (105 miles) off the Turkish coast. The discovery has proven the existence of sizable deposits deep under the seabed.

Purchased by TPAO in 2018, Turkey’s first oil and gas drilling vessel, the Fatih, which began drilling at the location on July 20, discovered the well after a month of work.

Albayrak said there were two more layers next to the well where the 320 billion-cubic-meter (bcm) reserve was found.

The discovery has proved the existence of sizable deposits deep under the seabed. Officials have said there could be an upward revision in the estimate, stressing the efficiency of the field in which work is being carried out.

“All these developments could offer Turkey a 30% bargain advantage in its future gas trade deals,” Albayrak said.

With the discovery, a new era has begun in terms of Turkey’s energy dependence, the minister noted, adding the development had “broken a wall both psychologically and financially.”

“From now on, our nation will be ready to hear yet more good news specific to energy policies and TPAO," he said.

“We own operation in these areas, and we have no partners. Now that we have found it, we will know how to extract it. It will be owned and operated by TPAO. No one should worry about that,” Dönmez said.

Albayrak said TPAO had already started on its path at the point of exploration and drilling using its own licenses and assets. On the other hand, BOTAŞ, in terms of gas, owns one of the largest distribution and transmission infrastructures in the region, he added.

“Now this will move our two companies into a league in which they will be important players in regional markets,” Albayrak noted, adding that foreign investors would also show great interest.

Albayrak also noted that the discovery could lead to new cooperation with Russia and Iran, as Turkey aims to be a producer and not just a buyer.

“The main countries we have been cooperating with for years are Iran and Russia. This new era for Turkey may lead to new means of cooperation with these countries,” he said. Albayrak added Moscow had not cut gas supplies “even in our toughest times.”

The field could come on stream as soon as 2023, Erdoğan has said, stressing that Turkey is determined to become a net energy exporter. Albayrak said TPAO, at its current capacity, had the infrastructure to extract the reserves and transfer them into the system as quickly as possible. “2023 is a realistic time,” the minister said.

Turkey imported 45.3 bcm of natural gas in 2019, at a cost of approximately $12 billion. The total bill for gas imports relies heavily on oil prices, while Turkey's long-term oil-indexed gas contracts with Russia, Iran and Azerbaijani have directly contributed to the country's foreign trade deficit.

Data from the Energy Market Regulatory Authority (EPDK) Monday showed Turkey’s natural gas imports from Iran and Russia had declined by 44.8% and 41.5%, respectively, from January through June of this year. Imports from Azerbaijan were up 23.4% year-on-year over the said period.

The drop came as Turkey moved to benefit from the cheaper liquefied natural gas (LNG) prices, significantly reducing the country's dependence on traditional means of sourcing resources, such as via pipelines and shipping.

The country paid over $20 billion for its gas imports in 2014 when the price of oil stood at around $120 per barrel. Its gas import bill retreated to levels of between $10 billion to $15 billion in the following years.

The new reserve is almost 20 times larger than Turkey’s domestic aggregate gas production, which has reached 16.6 bcm. Turkey's annual gas production was 473.8 million cubic meters (mcm) in 2019 – an amount produced both by TPAO and other domestic and international companies.

On the economic implications of the find, Albayrak said the discovery would touch the lives of 83 million citizens across Turkey.

“There will be an improvement that directly touches the pockets of 83 million with the cheaper gas and consumption prices, cheaper energy prices, more competitive costs in private sector industries, as well as cheaper electricity prices based on gas costs in power plants,” the minister said.