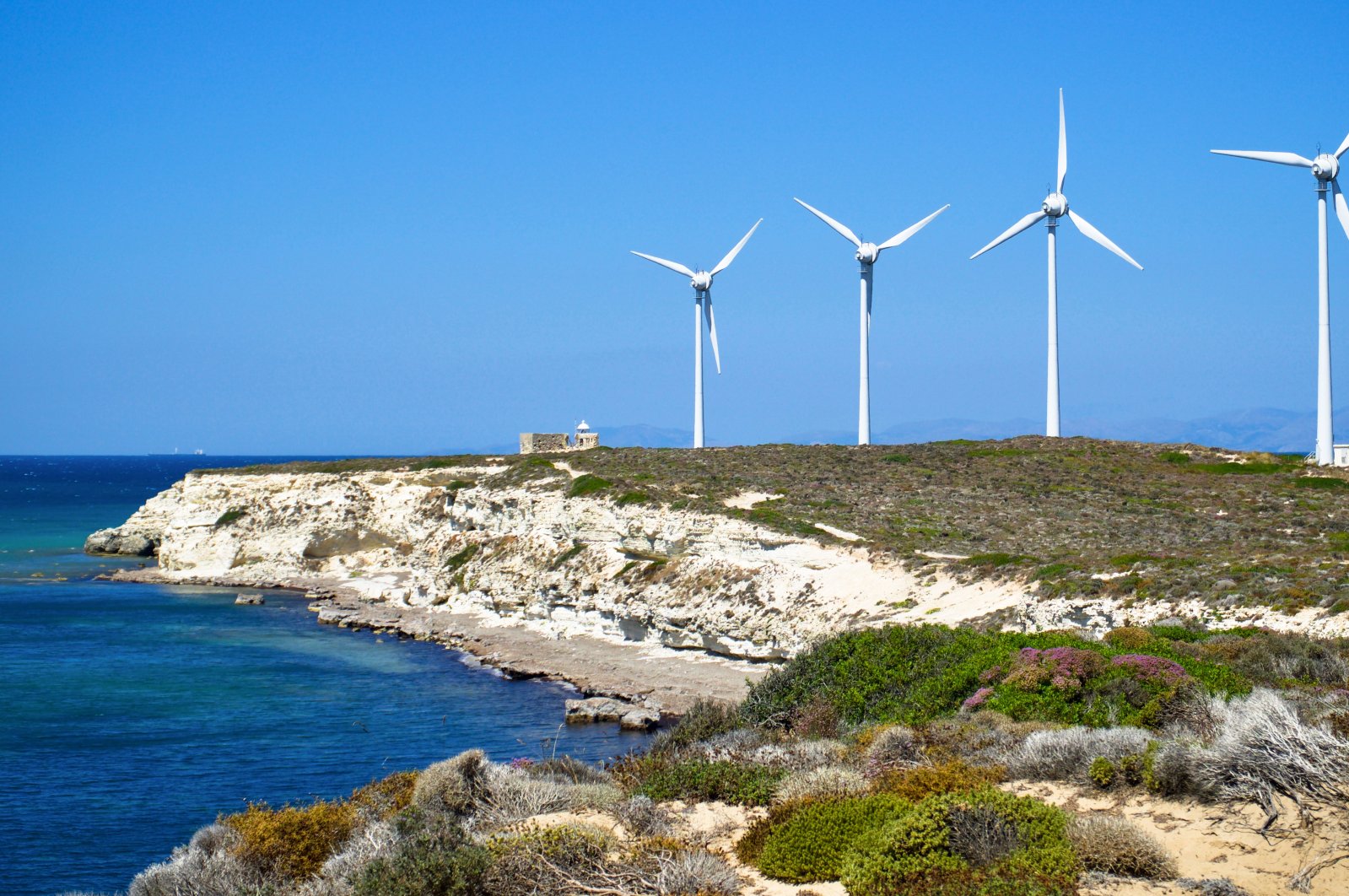 An increasing number of Danish companies have their radars locked on Turkey as a regional hub for sourcing and exporting renewable energy sector products and equipment, an official said Monday.

With affordable and clean energy as the backbone of the new climate strategy of Denmark, Danish Consul General in Istanbul Anette Snedgaard Galskjot told Anadolu Agency (AA) of the country’s firm commitment to contributing to global sustainability and the green transition agenda, and consequently, eyeing sourcing and collaboration opportunities with countries such as Turkey.

The coronavirus pandemic has caused major disruptions in the wind energy industry supply chain, particularly from Asia, while new emerging markets, such as Turkey, have come to the fore.

Galskjot hailed the Turkish wind energy industry that “has proven itself in the last decade with a steady increase of around 500 megawatts (MW) each year with an impressive growth that makes it one of the largest in Europe.”

The local content rules and renewable energy incentive scheme also supported the localization of the industry to an extent “but there are still areas for further innovation, collaboration and green job creation for sure,” she said.

Galskjot emphasized that the Strategic Sector Cooperation (SSC) project between Turkey and Denmark could facilitate new projects in district heating and offshore wind areas, and could also attract green financing.

“My observation is there are very serious international players in the local industry who are ready to cooperate with Danish companies.”

The Danish consul general said sustainable finance, laws, regulations and the economy are critical for further investments in Turkey, especially in the renewable energy sector, which she claimed, “is still very political and depends on incentives.”

“I see government-to-government projects as critical capacity-building tools between the countries and the SSC project in Turkey can lead to further investments and finance for Turkey in the renewable energy sector,” Galskjot noted.

This program could be used in Turkey, she said along with contributions from the IFU, the Danish Investment Fund for developing countries, for more projects in the country.

Plans are afoot for two physical delegation visits in 2022 if the COVID-19 situation permits, one of which will focus on wind energy and the other on water, wastewater technologies and energy efficiency, which are strategic focus areas for the Trade Council of Denmark in Turkey.

To date, bilateral projects and investments have mainly focused on the energy, transport and infrastructure sectors.

Between 2002 and 2020, $642 million (TL 5.54 billion) worth of foreign direct investment (FDI) was made from Denmark in Turkey, whereas $25 million in FDI was realized from Turkey to Denmark, according to the Central Bank of the Republic of Turkey (CBRT).

Denmark’s FDI involved the $3.3 billion acquisition in 2020 of Eaton Hydraulics – a large production facility in Turkey with 2,500 employees, by Danfoss, one of the biggest Danish power controls, automation and energy efficiency conglomerates in the world.

The Danish consul general also praised the entrance of LM Wind Power, the Danish multinational wind turbine rotor blades manufacturer, into the Turkish market in 2017, which she described as a breakthrough, as other Danish companies in the wind supply chain followed the original equipment manufacturer (OEM) into Turkey.

“We hope more to come in the new world after COVID-19 where sustainable supply chains in near markets are essential to be more competitive,” she said.

Another example of partnerships in energy includes the joint venture in the wind supply chain between Turkish company Bayramoğlu Inşaat and Danish company Resolux Denmark for the production of wind turbine internal kits.

“Logistics and transport are also critical for the wind energy sector and the Danish shipping and logistic company DFDS’ acquisition of Turkish UN RoRo in 2018 was equal to 950 million euros ($1.16 billion), which was the largest FDI in Turkey that year,” she added.

The Trade Council of Denmark in Turkey has also organized several wind delegations to Denmark and Turkey over the past five years, focusing on the MILRES project – for the production of Turkey’s first local wind turbine, Turkey’s renewable tenders (YEKA) and outsourcing opportunities in Turkey.

Strategic sector cooperation between the Danish Energy Agency and the Turkish Energy and Natural Resources Ministry on district energy, energy efficiency and the development of the offshore wind energy market in Turkey also supports further projects, according to Galskjot.

Other projects in the pipeline involve smart urban mobility projects to be announced soon with Istanbul Metropolitan Municipality (IBB) and water and wastewater capacity building with the Marmara Union of Municipalities.