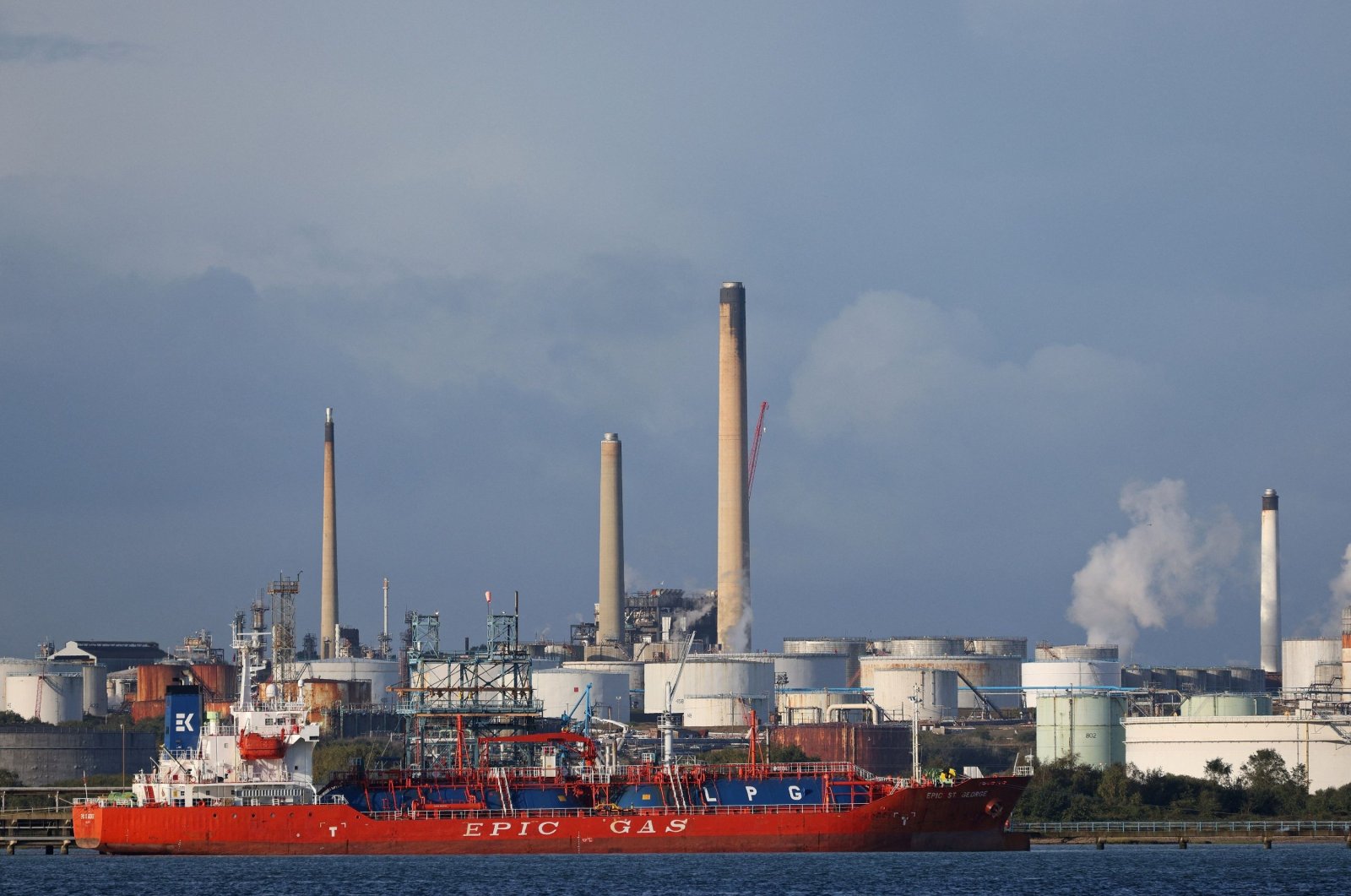 Natural gas prices in Europe continued to soar on Tuesday, with a 90% increase recorded since Dec. 1, according to a French based news outlet.

The benchmark European price, the very volatile Dutch TTF, gained more than 22% on Tuesday to settle at 180.27 euros ($203.84) per megawatt hour (MWh), the Radio France Internationale (RFI) said in a report.

The ICE Dutch TTF month-ahead January contract – the continental benchmark – meanwhile has surged nearly ninefold from the same time a year ago.

It said these figures are ten times higher than the prices seen a year ago.

Saying that there are variety of factors that fuel this surge, the report noted that first of these is the dropping temperatures and consequently increasing demand in the continent that has low stocks.

Berlin has threatened not to approve the commissioning of the new Nord Stream 2 gas pipeline, scheduled for 2022. This 1,000-kilometer (621-mile) long tube with a capacity of 55 billion cubic meters (bcm) of gas per year connects Russia to northeast Germany and bypasses Ukraine, the traditional gas delivery route.

Meanwhile, wind speeds were also milder than usual in Europe this year, so windmills across the bloc generated less electricity, worsening a crunch that sent power prices to record highs as utilities had to buy more coal and scarce, costly, natural gas.

The situation illustrated a challenge facing the European Union as it tries to boost renewable power and meet its climate targets: Power prices can soar when the wind dies down, so generators need ways to store some of the excess power when winds are strong.

"If we had high winds or just reasonable winds over that period, we wouldn't have seen these price spikes," said Rory McCarthy, principal analyst at Wood Mackenzie.

Less wind power increased demand at thermal power plants, but tight natural gas supplies raised their costs. The worldwide spike in gas prices drove up energy bills for businesses and consumers. Some heavy industry had to cut supplies and some power suppliers went out of business.

Europe's largest wind producers Britain, Germany and Denmark harnessed just 14% of installed capacity in the third quarter, when gas prices hit record highs, compared with an average of 20-26% seen in previous years, according to Refinitiv data.

In Germany, Europe's largest economy with the continent's highest wind power capacity, combined output from both on and offshore wind farms fell around 16% this year-to-date, Bruno Burger, an analyst at Germany's Fraunhofer Institute, told Reuters.

Wind power generation has low operating costs, offering cheaper wholesale power than thermal plants that must pay for fuel, along with costs associated with carbon emissions.

This makes wholesale electricity prices lower at times of high wind, leading to lower consumer bills. Weaker wind periods, which are not uncommon, cause prices to rise and more thermal plants are needed.

Anna Borg, chief executive of Swedish utility Vattenfall sees two lessons. First, "the market will be more volatile going forward and that the market needs to adapt to that," she told Reuters.

Also, "there is an evident need and also a value in flexibility services and storage ... I think we are only at the beginning of the development of that kind of business model."

Utilities across Europe are starting to invest in storage systems including large batteries or smart charging solutions for electric cars.

Earnings at several European wind power generators were hit by this year's wind lulls, but the companies remain committed to increasing capacity.

The world's biggest developer of offshore wind farms, Orsted said the lower wind speeds had a negative 2.5 billion crowns ($379.20 million) impact for the first nine months of the year compared to 2020.

Germany's RWE said weaker winds caused profits at its wind and solar units to fall by 38% in the first nine months of the year.

There was nothing to suggest that climate change itself played a role in the lower wind speeds, companies in the sector said.

"We follow it on a daily basis, but we see nothing which indicate that there is a long-term change coming," Orsted’s head of Continental Europe, Rasmus Errboe, told Reuters.

Statkraft also regularly measures wind speeds and conditions but had not seen any extraordinary adjustments to its data, according to its CEO.

"To my knowledge, there's not any pattern that we can see," Rynning-Toennesen said.

More renewables will make prices more volatile in the short to midterm, as weather will largely dictate prices, the heads of two power trading firms agreed.

Power traders, who typically profit from gyrating conditions, say the market can handle the higher volatility, and price spikes provide investors with an incentive to fund back-up solutions.

"Hopefully, the politicians have seen these price extremes over the last few months and will do the tally and then realize that probably we need to push for even more green energy and then figure out how we solve the problem with the intermittency," he told Reuters.