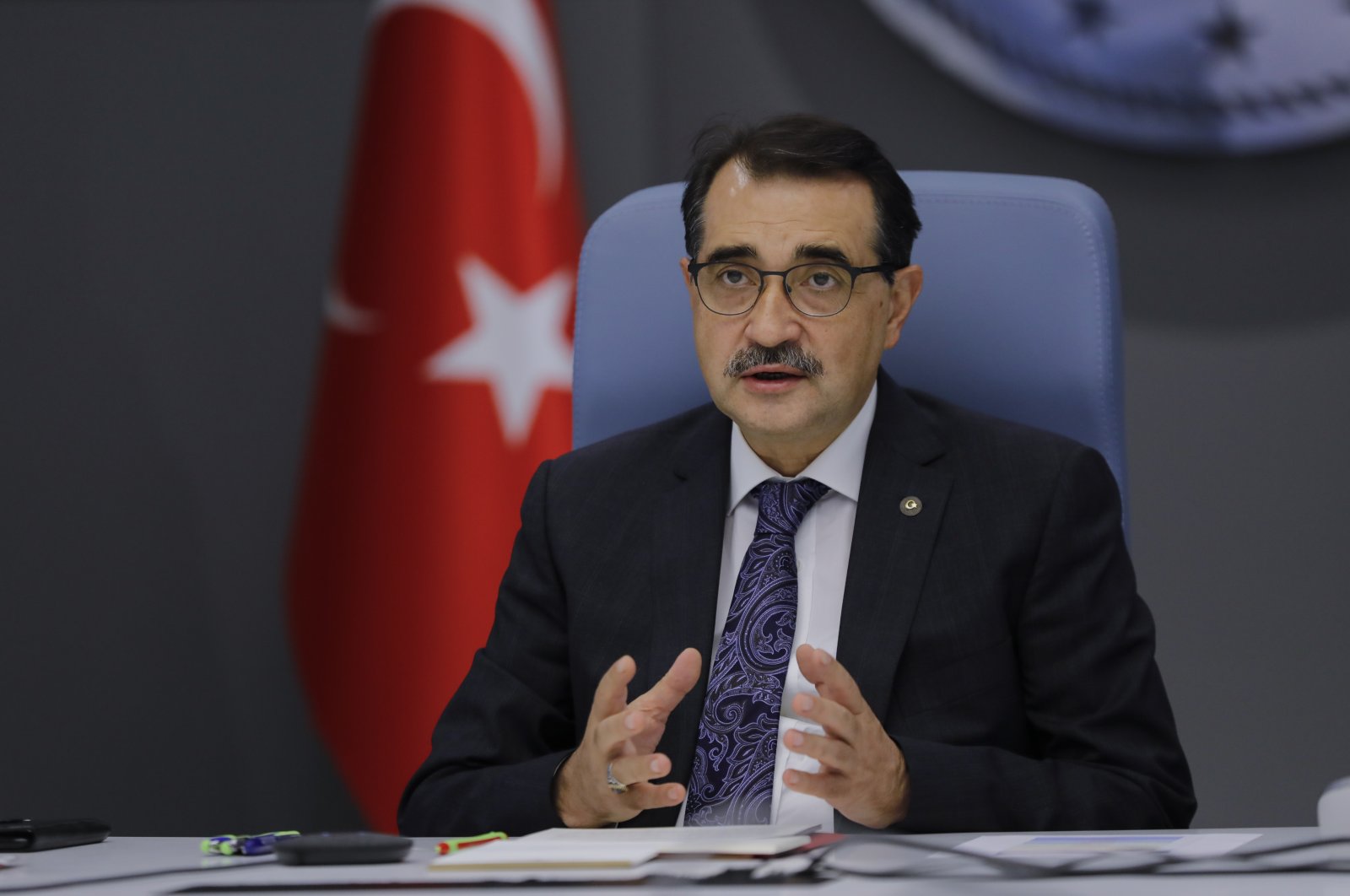 "The (discovered) reserve will likely increase in the Black Sea's Sakarya Gas Field, as well as in other fields estimated to be potential reserves," Dönmez said in an exclusive interview with Daily Sabah.

"We will use this resource primarily for our own needs since we import 98% of our gas. The investments made in this regard will be feasible as they will decrease energy import," the minister added.

He pointed out that calculating natural gas reserves involves a highly technical procedure and has various components. He said the current reserve was announced following a series of detailed engineering work, tests and analysis done by the experts at Turkish Petroleum (TPAO).

"We're getting similar results from the deeper layers. This will likely allow us an opportunity for an upward revision in reserves," he added.

Earlier in August, Turkey announced the biggest natural gas discovery in its history when it found a 320 billion-cubic-meter field in the Black Sea.

Announcing the discovery, President Recep Tayyip Erdoğan said it was part of even bigger reserves and the gas from the field could join the national grid as early as 2023.

The drillship Fatih, which began operations in the area on July 20, 2020, discovered the well after only one month of work.

Turkey currently imports nearly all of its hydrocarbon energy needs. The discovery, however, promises to help drive down the country's current account deficit.

Dönmez said in the first stage, drilling was done at a depth of 4,525 meters (almost 15,000 feet) at the Tuna-1 location. In light of the data obtained during the drilling, the well will now be extended to up to 4,775 meters after necessary preparations.

"We have drilled through two layers. Now, drilling continued to go into the deeper layers, and we went another 1,000 meters," Dönmez said, adding that a series of tests and analyses will be done there.

He said given the reserves features, magnitude and structure, "We plan to open 30-40 wells in order for the production in the field to reach a maximum."

"We will drill the Black Sea gas on our own," the minister underlined, "We have already started feasibility studies with Turkey's Petroleum Pipeline Company (BOTAŞ) and TPAO. International service can be taken according to the costs; however, the design, implementation and execution of the project will be completely in our hands."

He said the Black Sea gas discovery was a significant development in lowering Turkey's dependence on energy imports, which is one of the biggest reason's behind its current account deficit. The minister added that lowering these will contribute positively to the economy.

"Today we import $10 billion-$12 billion worth of natural gas. With news from Tuna-1 and hopefully other wells, the amount we pay for energy imports will significantly decrease," he said.

Meanwhile, the drillship Kanuni, which joined Turkey's fleet this year, will leave the Port of Taşucu in southern Turkey's Mersin on Oct. 13 for the Port of Haydarpaşa on Istanbul's Asian side. There its tower will be dismantled to allow the vessel to pass under the three bridges spanning across the Bosporus, the minister said.

"It will travel to the Port of Filyos in the west Black Sea region's Zonguldak, northern Turkey, by the end of November. Here, the tower will be reassembled," he said, adding that Kanuni will begin its first Black Sea operation in the first months of next year.

"Thereby, both of our drilling vessels will work together to prepare the Black Sea gas for 2023," Dönmez said.

Kanuni will support the drillship Fatih, which found the 320 billion-cubic-meter natural gas reserve some 100 nautical miles north of the Turkish coast.

Exploration to resume in Eastern Mediterranean

The minister said exploration activities in the Eastern Mediterranean continue without any problem and according to plan, while the seismic vessel Barbaros Hayreddin Paşa conducts 3D seismic research in the Lefkoşa-4 location.

"Oruç Reis completed its 3,525-kilometer, two-dimensional seismic data gathering at the Demre-1 location. Yavuz completed drilling at the Selçuklu-1 location," Dönmez said, adding that Yavuz had returned to the Port of Taşucu and will begin drilling activities in a new location after undergoing maintenance.

"There is a possibility of finding both gas and oil in the Mediterranean, yet discoveries in the region until now have been predominantly gas discoveries."

Turkey, on the other hand, has also been working on energy efficiency and announced a national action plan in 2018. One of the plan's main headlines was transportation.

"At least 1 million to 2.5 million electric vehicles are expected to hit the road by 2030," the minister said.

Dönmez added that within the scope of the energy plan, other actions to reduce dependence on fossil fuels were encouraging the use of energy-efficient vehicles, alternative fuels, improving comparative works on new technologies, developing bicycle and pedestrian roads, lowering traffic in cities and extending mass transportation.

On Dec. 27, 2019, Turkey introduced its first indigenous automobile prototype that was designed and manufactured in 18 months by Turkey's Automobile Joint Venture Group (TOGG), a conglomerate of industrial giants including the Anadolu Group, BMC, Kok Group, Turkcell and Zorlu Holding as well as an umbrella organization, the Union of Chambers and Commodity Exchanges of Turkey (TOBB).

The consortium's SUV in the C-segment will be the first fully electric SUV in Europe. It will also surpass competitors with the longest wheelbase, largest internal volume and fastest pickup performance.

The TOGG is currently working with the ministry to determine the optimum location for the installation of fast-charging points in the country.

Dönmez also touched upon Turkey's local and renewable energy resources saying that obtaining two-thirds of electricity from local sources was a significant goal of Turkey and that this target was almost reached two years after the program's announcement at 62%.

The country is approaching its goal of producing almost 66% of its electricity from local and renewable sources annually.

In the same period, hydropower ranked first in electricity production with a 33.25% share and wind's share was around 9%.

"The year 2020 has been a year full of records in terms of the production of renewable energy resources; 99.5%, namely almost the total of installed power put into use in the first five months of 2020, consisted of renewable resources.

Regarding gold production, Dönmez said in 2019, production rose by 40%, compared to the previous year while the economic size of produced gold was over $2 billion. "Our 2020 target was set at 45 tons," he said, adding that a gold consumption of around 150 tons exists and that around $7 billion-$8 billion are paid for imported gold.