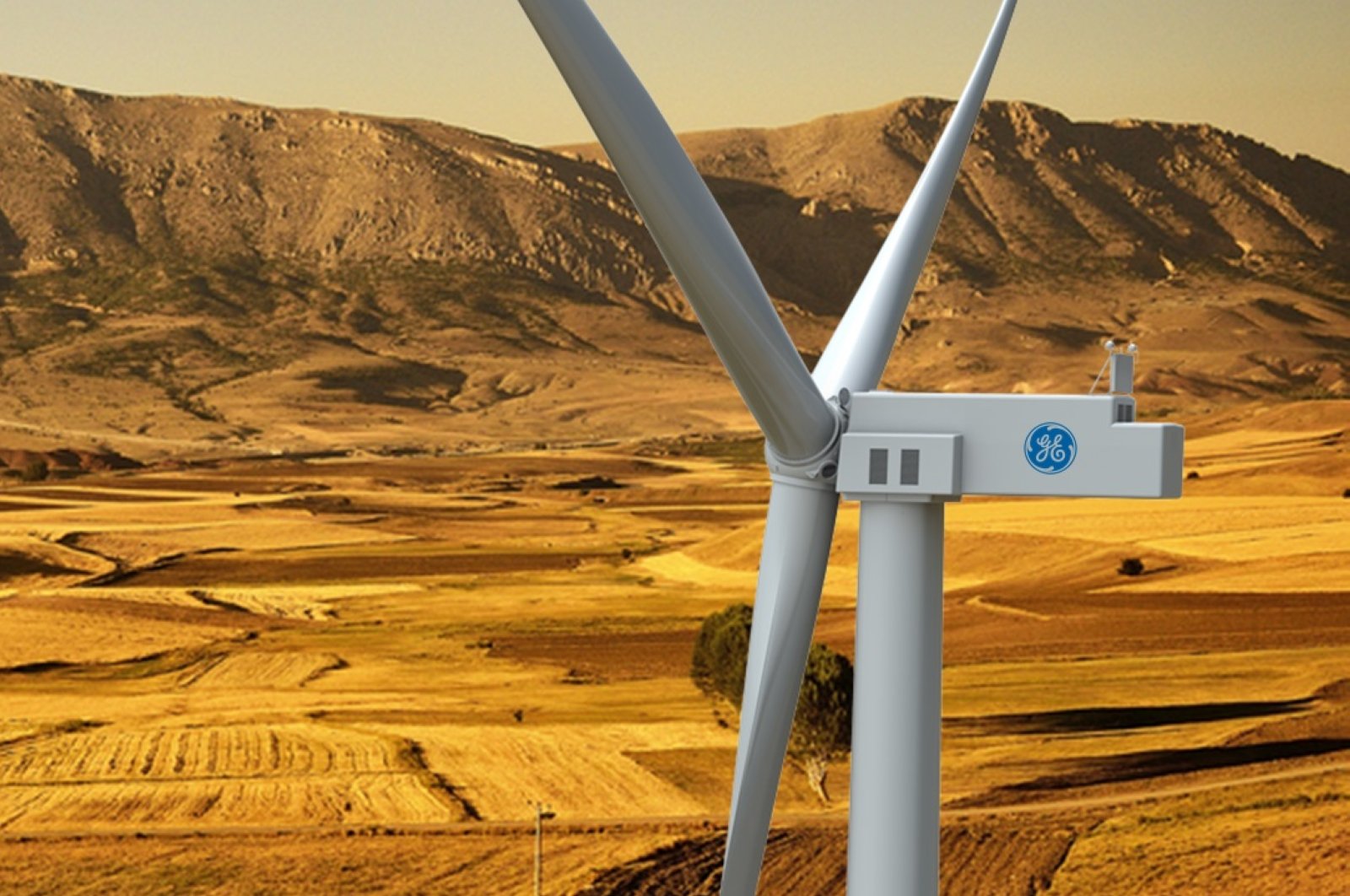 GE Renewable Energy announced Monday in a statement provided by the firm that it has signed a contract with Istanbul-based Sanko Enerji to provide 12 Cypress units and two units of 3 megawatts (MW) for the 70 MW wind farm in Turkey.

The wind farm is set to produce enough clean energy to power the equivalent of 71,000 homes and prevent the production of about 200,000 tons of carbon dioxide while supporting Turkey’s renewable energy ambition to power two-thirds of the country with renewable energy.

The construction of the wind farm, located in northwestern Turkey’s Bursa province, is expected to be completed in the last quarter of 2020.

According to the statement, GE Renewable Energy’s contract will include 10-year service agreements.

GE chairman of the Middle East, North Africa and Turkey Onshore Wind, Manar Al-Moneef, whose views were included in the firm’s statement, said: “There is tremendous potential in Turkey to reach ambitious wind energy targets, and we are delighted to be partnering once again with Sanko Enerji to generate more renewable energy for the country but also to help drive the cost of wind energy down through innovative technologies.”

The wind farm in Bursa will be the second onshore wind project carried out jointly by GE Renewable Energy and Sanko Enerji. It marks the third order in Turkey for GE's Cypress platform, the company's largest onshore wind turbine in the field. It also adds to the 1.2 gigawatts (GW) of wind energy installed base and 500 wind turbines GE already built in Turkey.

Turkey is one of GE’s biggest customers for the Cypress onshore wind platform, which is a technology suitable for Turkey’s landscape, currently accumulating 255 MW.

GE Renewable Energy will also locally produce two-piece wind turbine blades in its LM Wind Power’s site in the Bergama district of western Turkey’s İzmir province. The turbine towers of the site will also be locally produced in Turkey.

The company currently has more than 550 employees in Turkey and plans to invest some $30 million to hire more employees, up to 300, the statement added.

Having invested $1.5 billion in six hydroelectric, two wind power and three geothermal power plants, Sanko Enerji produces 2.7 billion kWh of renewable resources annually with a total installed capacity of 725 MW. The company aims to generate 3.4 billion kWh of electricity annually by increasing the capacity of all renewable energy sources to 900 MW by the end of 2020 with an additional investment.