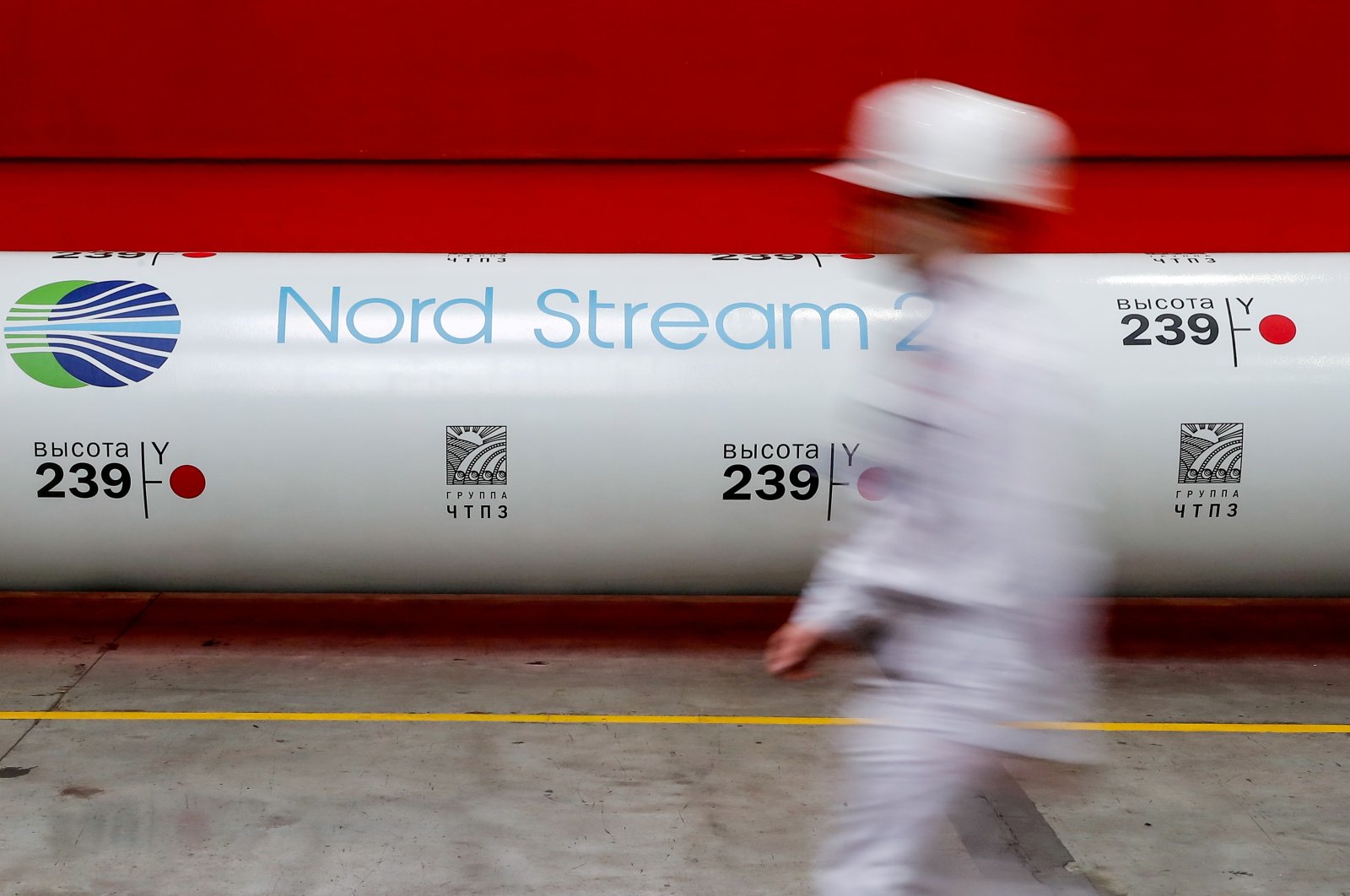 The logo of the Nord Stream 2 gas pipeline project is seen on a pipe at Chelyabinsk pipe rolling plant owned by ChelPipe Group in Chelyabinsk, Russia, Feb. 26, 2020. (Reuters Photo)
by Agencies Nov 16, 2021 12:58 pm

Germany's energy regulator on Tuesday said it has temporarily suspended the certification procedure for the controversial Nord Stream 2 undersea gas pipeline designed to bring Russian gas to Germany and Europe.

The Bundesnetzagentur said the Swiss-based consortium is required to form a company under German law to fulfill further prerequisites to obtain an operating license.

"A certification for the operation of Nord Stream 2 will only be considered once the operator is organized in a legal shape compliant with German law," it said in a statement.

The agency explained that a subsidiary set up to govern the German part of the pipeline did not fulfill the conditions to be an "independent transmission operator."

Until "the main assets and human resources have been transferred to the subsidiary" and this step has been verified, the certification procedure would be suspended, the agency said.