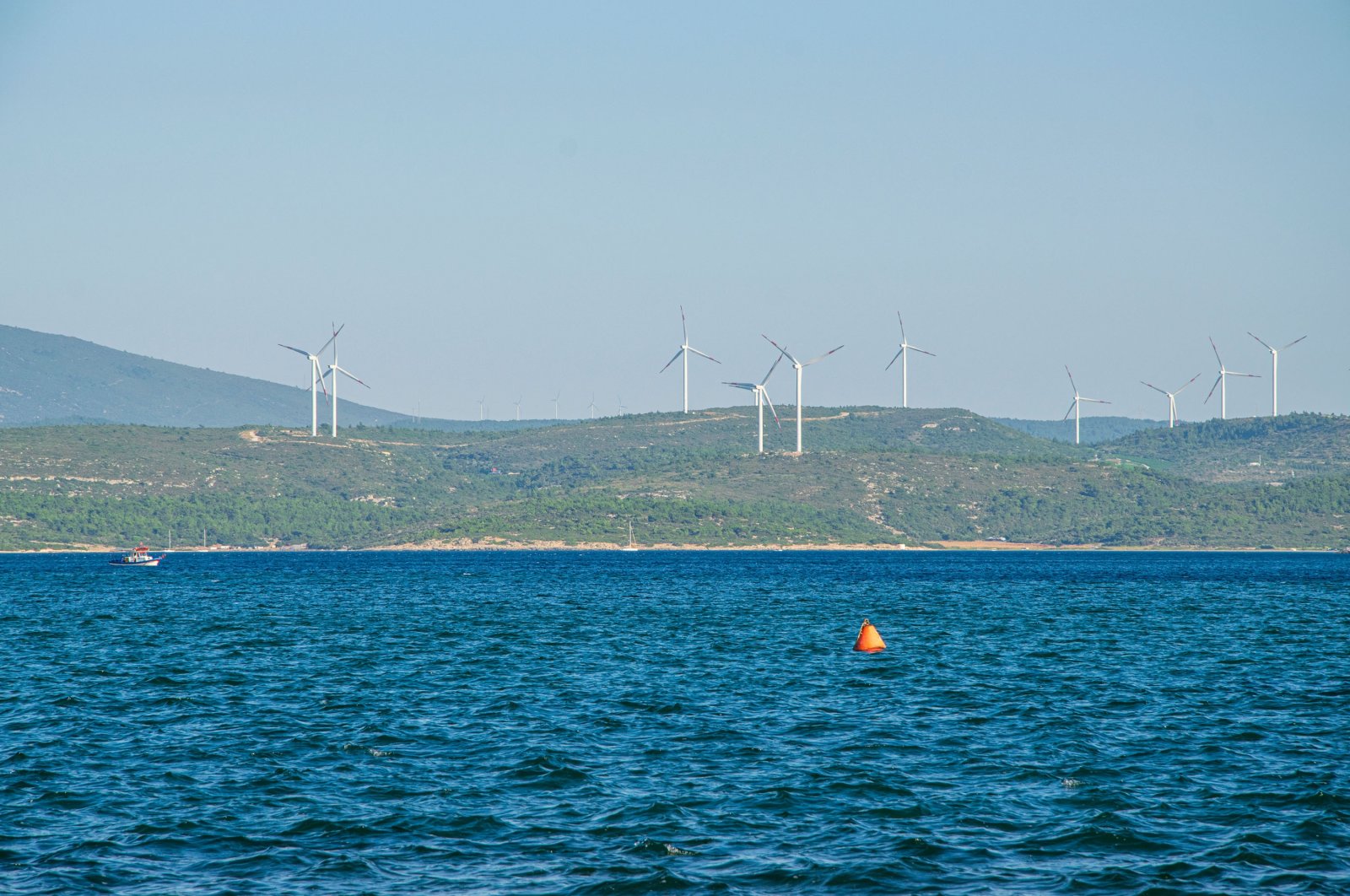 Wind turbines are seen in Sığacık, a seaside neighborhood of Seferihisar district in the western province of Izmir, Turkey, Dec. 14, 2020. (Shutterstock Photo)
by DAILY SABAH WITH AA Aug 11, 2021 1:40 pm
RECOMMENDED

Lights out, ovens off: Europe braces for winter energy crisis

The "Wind Energy Sector and Izmir Offshore Wind Energy Roadmap" report is the first for Turkey's offshore wind energy sector on a regional scale, promoting the province as a pioneer in this sector.

Turkey has followed the trend worldwide that saw huge investments in offshore wind energy in the last 20 years in parallel with rapidly growing technology in this sector. The report revealed that 35 gigawatts (GW) of offshore wind capacity had been installed globally, along with 707 GW of onshore wind installments.

With projections of 70 GW of offshore potential for Turkey, the report advocated for the enduring potential in offshore wind in the region that has already been crowned “the wind capital of Turkey” and a “production hub” for Turkey's onshore wind energy equipment.

The wind sector in Izmir employs more than 7,500 people, exports to 30 countries and generates revenue close to $500 million (TL 4.32 billion), the report said.

The report has determined the projects and activities to develop by raising awareness among regional and national institutions and by forming a common vision for regional ownership.

The road map includes the main steps that need to be taken on a regional scale to realize Turkey's potential in the sector, including the appraisal of the sector’s potential and the determination of investment locations, market analysis, assessment of sectoral needs and demands, coordination between regional and national policies, and assessment of financial resources.

IZKA's Secretary-General Mehmet Yavuz told Anadolu Agency (AA) in an exclusive interview of the contribution that the wind energy sector has made not only to Turkey’s electricity production but also for its industrial development.

He said that with an investment cost of $1.4 million per megawatt, the wind energy sector contributes much to the economy not only through the manufacture of wind turbine components but also through services such as engineering, installment, maintenance, repowering and recycling.

Growth in this sector has already seen the country become the fifth-biggest equipment producer in Europe last year. And this growth has also helped Turkey expand its exports to 45 countries on six continents.

“We see that offshore installments are gradually growing and the market will witness a considerable expansion in the coming period, driven by technological developments and global trends,” he said.

He stressed the importance of adapting Turkey’s industrial and logistical infrastructure to this sectoral transition. “The existence of a mature and clustered wind industry in and around Izmir could make it possible to avail of new opportunities created by the sector,” he explained.

To start this transition, IZKA has already initiated activities specified by the road map. These include conducting offshore wind assessments, preparing pilot investment feasibility reports, determining port infrastructure needs, assessing current equipment production capabilities, establishing specialized industry zones and aligning the Çandarlı Port – the port that was developed to support Izmir port and to handle some of its traffic – with the requirements of the sector.

Lights out, ovens off: Europe braces for winter energy crisis