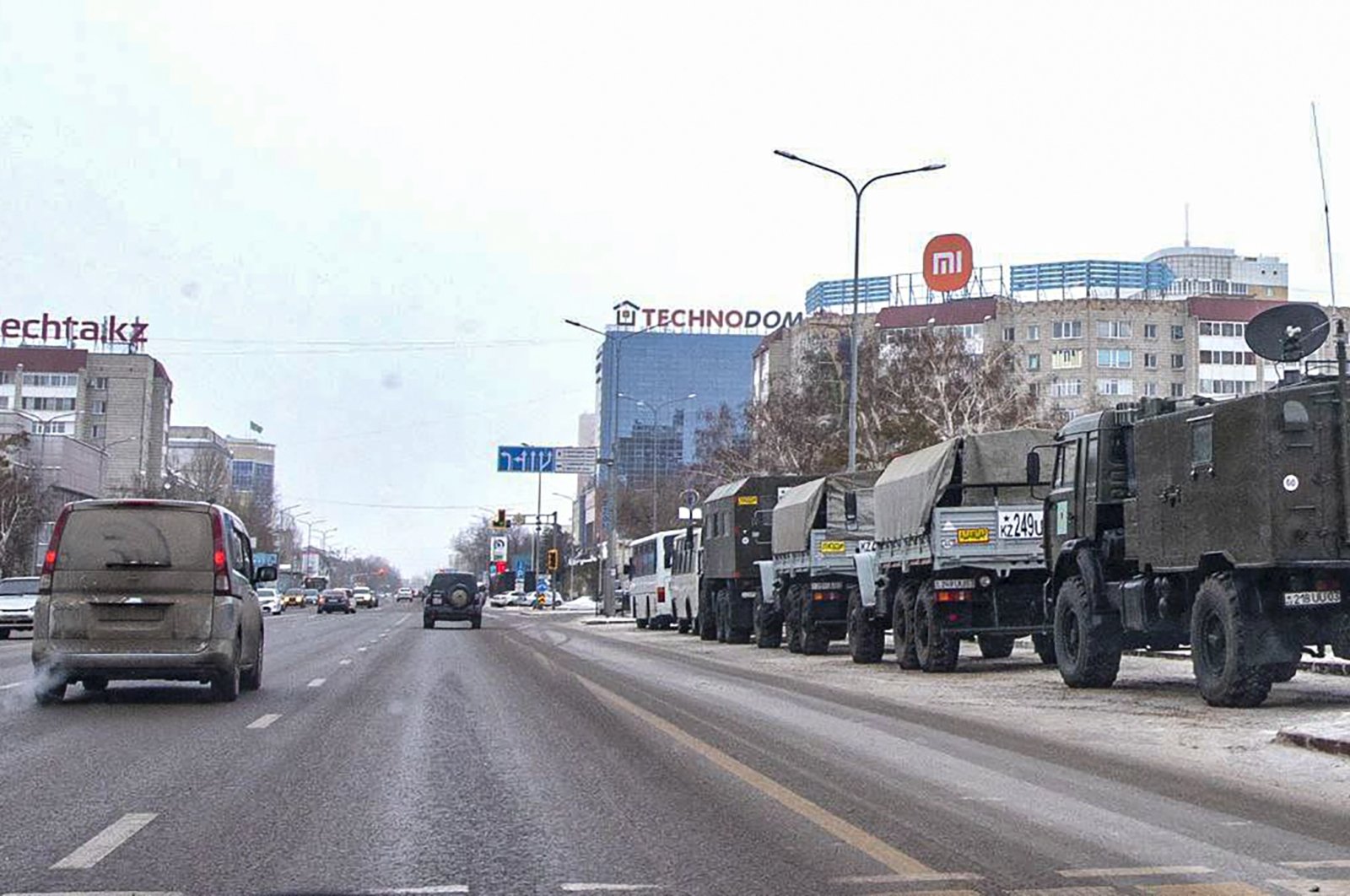 Unrest in OPEC+ member Kazakhstan has led to an increase in oil prices as investors fear supply interruptions; however, the uranium market appears less affected despite the Central Asian country being the world's second-largest producer.

The Organization of the Petroleum Exporting Countries plus (OPEC+) are the 10 non-OPEC countries that export crude oil, including Kazakhstan and Azerbaijan.

Over the week, crude prices gained about 5% and on Friday Brent exceeded $83 per barrel, "putting it at its highest level since the price slide triggered by the first appearance of the omicron variant in late November," said Carsten Fritsch, commodities analyst at Commerzbank.

Protests spread across the country of 19 million this week in outrage over New Year's increase in prices for liquid petroleum gas (LPG), which many use to fuel cars.

Thousands took to the streets in Almaty and in the western province of Mangystau in protests that broadened to include anti-government slogans.

The next day protesters stormed government buildings, setting them ablaze and a nationwide state of emergency was declared.

Kazakh president Kassym-Jomart Tokayev on Friday rejected calls for talks with protesters after days of unprecedented unrest, authorizing his forces to shoot-to-kill without warning.

Meanwhile, the presidential office later said on Sunday that many "strategic facilities" in the country are under the guard of a Russia-led military alliance invited to restore order.

The country is the largest oil producer in Central Asia with a 12th of the world's proven reserves, according to the United States Energy Information Administration (EIA). Kazakhstan produced around 1.8 million barrels a day in 2020.

The country is also the second-largest oil producer in the OPEC+ group of top oil producers, behind Russia.

Hydrocarbons made up 21% of its gross domestic product (GDP) in 2020, according to the World Bank.

Production by Tengizchevroil, the largest oil venture in Kazakhstan, "has been temporarily adjusted as a result of protests at the Tengiz field," said Stephen Brennock of PVM brokerage.

But several analysts said there was no indication that oil production had been seriously affected.

On Friday, production at the country's top three fields was "said to be continuing," said Brennock.

"Unrest in Kazakhstan is bullish in the short-term," said Neil Wilson, an analyst at Markets.com.

Kazakhstan, the world's ninth-largest country, is rich in manganese, iron, chrome and coal.

It also has the world's second most significant uranium reserves behind Australia, according to the Cyclope annual report on commodities, accounting for 40% of the world's output, according to CRU consulting group.

Toktar Turbay, an analyst at CRU, said the current crisis is "just likely to create minor discomfort rather than anything else," since the largest customer China has accumulated enough uranium to cover its needs in the short term.

Kazakhstan's uranium mines are located in remote areas of its southern Turkestan region, which is "largely unaffected by ongoing protests and clashes within the country," the analyst said.

"More than half of Kazakh uranium exports go to China."

"There might be some logistical hurdles with delivering products to the borders since major routes pass through the Almaty region," Turbay added, referring to the region where the most violent clashes have taken place.