Moscow accuses US of ‘aggression’ over Nord Stream 2 remarks 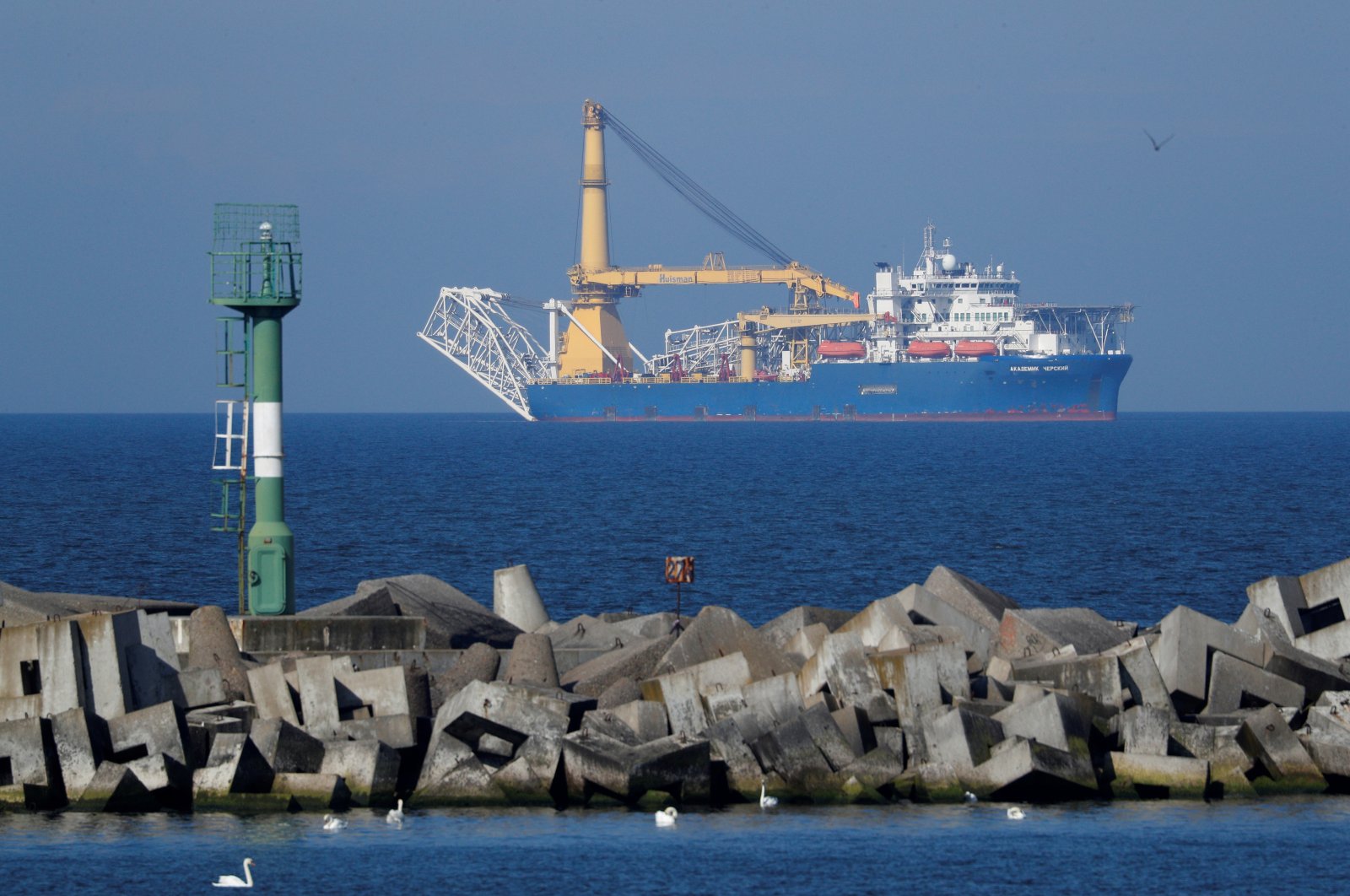 The pipe-laying vessel Akademik Cherskiy owned by Gazprom, which Russia may use to complete construction of the Nord Stream 2 gas pipeline, in a bay near the Baltic Sea port of Baltiysk, Kaliningrad region, Russia, May 3, 2020. (Reuters Photo)
by German Press Agency - DPA Dec 06, 2020 3:42 pm
RECOMMENDED

Russia has accused the United States of illegal and aggressive behavior regarding comments made about the controversial Nord Stream 2 natural gas pipeline, which will link Russia to Germany.

Comments calling for a halt to the pipeline by a U.S. diplomat were "political aggression and illegal resistance" against the pipeline, Foreign Ministry Spokesperson Maria Sakharova wrote on Facebook late on Saturday.

The U.S. charge d'affaires in Germany, Robin Quinville, told the newspaper Handelsblatt on Saturday, "Now is the time for Germany and the (European Union) to call for a moratorium for the pipeline's construction."

Sakharova charged that the U.S. has been trying for decades to undermine Russian pipelines despite existing treaties and called on Washington to stick to international rules.

Work on the pipeline in the Baltic Sea was halted at the end of last year due to America's sanction threat, though Russia vowed to continue the construction itself.

Russian construction ships were seen on radar on Sunday near the German-Danish border, where building works for a 2.6-kilometer (1.6 mile) stretch of the pipeline are planned.

German authorities have authorized construction until the end of the year.

The Nord Stream 2 pipeline is nearly complete. It would double Russian deliveries of natural gas via a Baltic Sea route to Germany, Europe's largest economy.

Opponents of the pipeline, including the U.S., Poland and Ukraine, say it will give Russia an economic stranglehold over Germany, while Berlin says it will create a direct and secure energy supply.