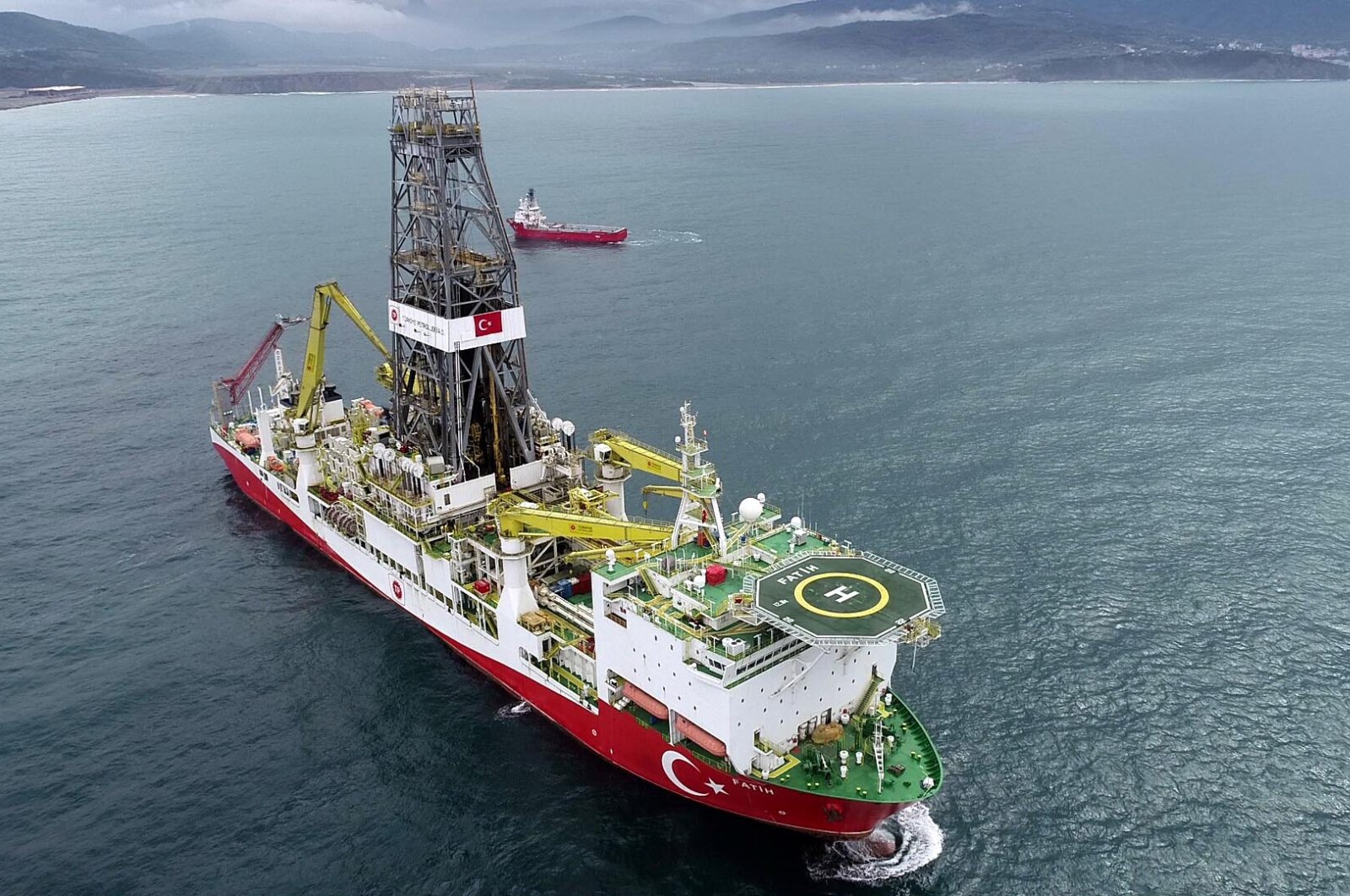 Turkey will press on with hydrocarbon exploration activities after it completed the operations and raised the estimated reserves in a gas field off the Black Sea coast, Energy and Natural Resources Minister Fatih Dönmez has said.

Turkish drillship Fatih has completed exploration works at the Tuna-1 location in the Sakarya gas field, located about 100 nautical miles north of the Turkish coast, Dönmez told the private broadcaster, NTV, on Monday.

"We will continue to carry out new exploration activities in a location called Türkali 1 at the same site. We will drill about 40 wells here," said Dönmez.

"Work in this borehole has been completed after reaching the previously planned depth of 4,775 meters," Erdoğan said, speaking onboard the Fatih.

He said the vessel would start new operations in a different borehole in the same field next month after returning to port for maintenance.

Dönmez said the country would start the seismic exploration of previously unscanned 8,000 kilometers of the area in November.

Even before Saturday's revision, analysts had said the find represents a major discovery and was one of the largest global discoveries in 2020.

"If we look as of this year, we have announced the largest offshore gas discovery in the world. It is second when we include the onshore discoveries," Dönmez said.

Turkey expects the first gas flow from the field in 2023, with an envisaged annual gas flow of between 5 bcm-10 bcm.

The field is expected to reach plateau production of around 15 bcm as of 2025.

Dönmez said Turkey was not considering an offshore platform.

"We are talking about a depth of 2,000 meters. We will have some control systems by the well. We will bring the gas collected here to the shore," he explained.

The coastal town of Filyos in the Black Sea province of Zonguldak currently appears as the nearest point, said the minister.

"There we will do decomposition work ... At the moment, we are taking it with our own means, but, of course, we may also take support from experienced international companies. In terms of supply, we will bring some technological equipment from abroad. An ecosystem will be formed in Filyos," Dönmez noted.

"I believe that we will see it as an important technology and support center for both domestic and international entrepreneurs in the coming years," he added.

Ankara expects gas suppliers to offer more competitive pricing and flexibility if they want to renew long-term contracts for 16 bcm per year.

More than a quarter of Turkey's long-term gas contracts expire next year, including imports via pipeline from Russia's Gazprom and Azerbaijan's SOCAR and a liquefied natural gas (LNG) deal with Nigeria.

"As our own gas comes in, our dependence on import will end," Dönmez said. "But it would not be right to say that we will replace it with domestic gas very soon."

In the meantime, the country's third drillship, Kanuni, arrived off Istanbul Monday on its way to the Black Sea for drilling operations.

It will anchor at the Haydarpaşa Port on Istanbul's Asian side where tower disassembly works will be completed for the vessel to pass under the three Bosporus bridges.

It will stay at the port for two to three weeks before it sets sail for Filyos, Dönmez said.

The sixth-generation ultra drillship is expected to begin exploration for natural resources in the Black Sea at the beginning of 2021, the minister said earlier this month.

Mehmet Efe Biresselioğlu, the head of Sustainable Energy Division and faculty member of the Political Science and International Relations Department at Izmir Economy University said the Black Sea gas find would enable Turkey to meet 22% of its gas demand for the next 40 years.

The discovery of an additional 85 bcm of reserves will allow demand to be met for 40 years based on average annual production of 10 bcm, Biresselioğlu told Anadolu Agency (AA) on Monday.

"This amount marks the largest hydrocarbon reserve that has been discovered in Turkey's history," Biresselioğlu said, adding that from further drilling activities over the coming months in the Türkali-1 well in the Sakarya gas field, this amount could well be revised up should exploration yield positive results.

He detailed the significance of the new find by explaining that the new reserves would add three years to the length of time it can cover Turkey's gas demand.

The Sakarya gas field sits on a very strategic location close to Romania and Bulgaria's gas exploration areas where big energy companies have made previous investments. Because of this, he said production from these reserves could be easily commercialized.

Biresselioğlu argued that one of the most important advantages of the Black Sea gas discovery is that it will decrease the country's gas imports.

"There will be a considerable contribution to the country's economy and in decreasing the currently high energy-related account deficit. Additionally, Turkey can become an arbiter in natural gas production in the longer term, if larger reserves of natural gas are discovered in the Black Sea and the Eastern Mediterranean," he explained.

He also sees potential in the areas of international cooperation, exploration, production and export, particularly with regional countries.

"The country that will face the greatest impact from Turkey's gas discovery in the Black Sea, along with the resulting changes in Turkey's energy policy, is Russia, even with its decreasing share in Turkey's gas imports over the last years," Biresselioğlu said.

He said the new gas find in the Black Sea has been elevated in importance given the timing of its discovery, which coincides with Turkey's contract renewal period with its most important gas provider, Russia.

Oğuzhan Akyener, the president of the Turkey Energy Strategies & Politics Research Center (TESPAM) said the discovery of an additional 85 bcm of natural gas reserves represents a 26% increase compared to the previous gas find of 320 bcm.

He said that considering the Sakarya gas field could reach plateau production of between 16 bcm and 16.5 bcm, and as the first production will start in 2023, he contended that nearly 30% of Turkey's demand could be met through these local sources by 2027.

Akyener also asserted that Turkey has discovered the biggest reserve or "a bigger piece of the pie" in the Black Sea when compared to those discovered in the Aphrodite, Calypso and Glaucus to the south of the Cyprus island in the East Mediterranean, which has cumulative estimated reserves of 319 bcm.

He envisages Turkey's greater bargaining power against Russia, Turkey's largest natural gas provider, and the supporters of the Southern Gas Corridor, the EU and the U.S., in the project that aims to reduce dependency on Russian gas.

"With these discoveries, the discourse that Turkey lacks oil and gas resources is doomed to the annals of history. They will raise new hope for the country," he said.