Oil price plummets to negative $35 as demand collapses due to coronavirus; stocks dip 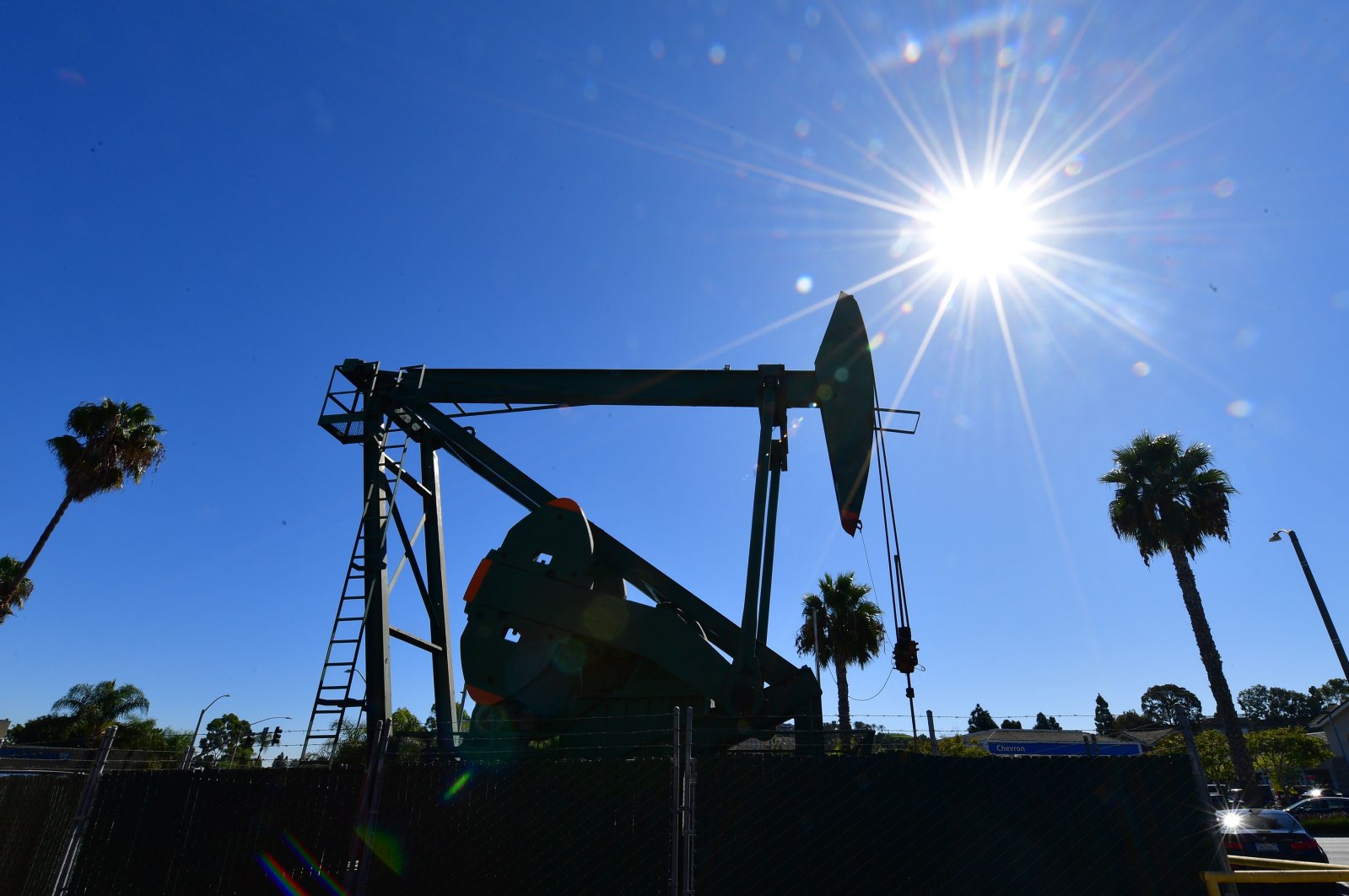 Oil futures plunged below zero for the first time on Monday as demand for energy collapses amid the coronavirus pandemic and traders sought to avoid owning crude with nowhere to store it.

Stocks were also slipping on Wall Street in afternoon trading, with the S&P 500 down 1.2%, but the market’s most dramatic action by far was in oil, where benchmark U.S. crude for May delivery plummeted to negative $35.20, as of 2:30 pm. EST. It was nearly $60 at the start of the year, before business-shutdown orders swept the world and idled factories, offices and automobiles.

Much of the drop was chalked up to technical reasons as the May delivery contract is close to expiring, so its trading volume was light, which can exacerbate swings. Prices for deliveries even further into the future, which were seeing larger trading volumes, also plunged. Demand for oil has collapsed so much that facilities for storing crude are nearly full.

Tanks could hit their limits within three weeks, according to Chris Midgley, head of analytics at S&P Global Platts. Traders are willing to pay someone else to take that oil for delivery in May and shift the burden of figuring out where to keep it.

Benchmark U.S. crude oil for June delivery, which shows a more ”normal” price, fell 16.5% to $20.90 per barrel. Big oil producers have announced cutbacks in production in hopes of better balancing supplies with demand, but many analysts say it’s not enough.

“Basically, bears are out for blood,” analyst Naeem Aslam of Avatrade said in a report. “The steep fall in the price is because of the lack of sufficient demand and lack of storage place given the fact that the production cut has failed to address the supply glut.”

Halliburton swung between gains and sharp losses, even though it reported stronger results for the first three months of 2020 than analysts expected. The oilfield engineering company said that the pandemic has created so much turmoil in the industry that it “cannot reasonably estimate” how long the hit will last. It expects a further decline in revenue and profitability for the rest of 2020, particularly in North America.

In the stock market, the mild drops ate into some of the big gains made since late March, driven lately by investors looking ahead to parts of the economy possibly reopening as infections level off in hard-hit areas. Pessimists have called the rally overdone, pointing to the severe economic pain sweeping the world and continued uncertainty about how long it will last.

Energy stocks took the sharpest losses, with those in the S&P 500 down 3.7%. The losses were widespread, however, with all 11 sectors in the index down.

“The government can declare whatever they want in terms of encouraging people to get out and do stuff,” said Willie Delwiche, investment strategist at Baird. “Whether or not broad swaths of society do that remains to be seen. It’s going to take seeing people start to get out and do stuff again. That will be the necessary positive development, not just declaring getting things open.”

More gains from companies that are winners in the new stay-at-home economy helped limit the market’s losses as Amazon rose 1.7% and Netflix jumped 4% while people shut in at home buy staples and look to fill their time. Both were close to setting record highs.

In Tokyo the Nikkei 225 fell 1.1% after Japan reported that its exports fell nearly 12% in March from a year earlier as the pandemic hammered demand in its two biggest markets, the U.S. and China.

In a sign of continued caution in the market, Treasury yields remained extremely low. The yield on the 10-year Treasury slipped to 0.62% from 0.65% late Friday. It started the year near 1.90%. Bond yields drop when their prices rise, and investors tend to buy Treasurys when they’re worried about the economy.

Stocks have been on a generally upward swing recently, and the S&P 500 just closed out its first back-to-back weekly gain since the market began selling off in February. Promises of massive aid for the economy and markets by the Federal Reserve and U.S. government ignited the rally, which sent the S&P 500 up as much as 28.5% since a low on March 23.

More recently, countries around the world have tentatively eased up on business-shutdown restrictions put in place to slow the spread of the virus.

But health experts warn the pandemic is far from over and new flareups could ignite if governments rush to allow ”normal” life to return prematurely.

The S&P 500 remains about 15% below its record high in February as millions more U.S. workers file for unemployment every week amid the shutdowns.

Many analysts also warn that a significant part of the recent recovery in stocks is due to the expectation among some investors that the economy will rebound sharply once economic quarantines are lifted. They’re essentially predicting that a line chart of the economy will ultimately resemble the letter “V,” with a wild ride down but then a quick pivot to a vigorous recovery.

That may be to optimistic. “We caution that a U-shaped recovery is also quite likely,” where the economy bottoms out and stays at that low level for a while before recovering, strategists at Barclays warned in a recent report.

Without strong testing programs for COVID-19, businesses likely won’t feel comfortable bringing back their full workforces for a while.

”With risk assets now overbought, the chance for a correction has increased,” Morgan Stanley strategists wrote in a report.