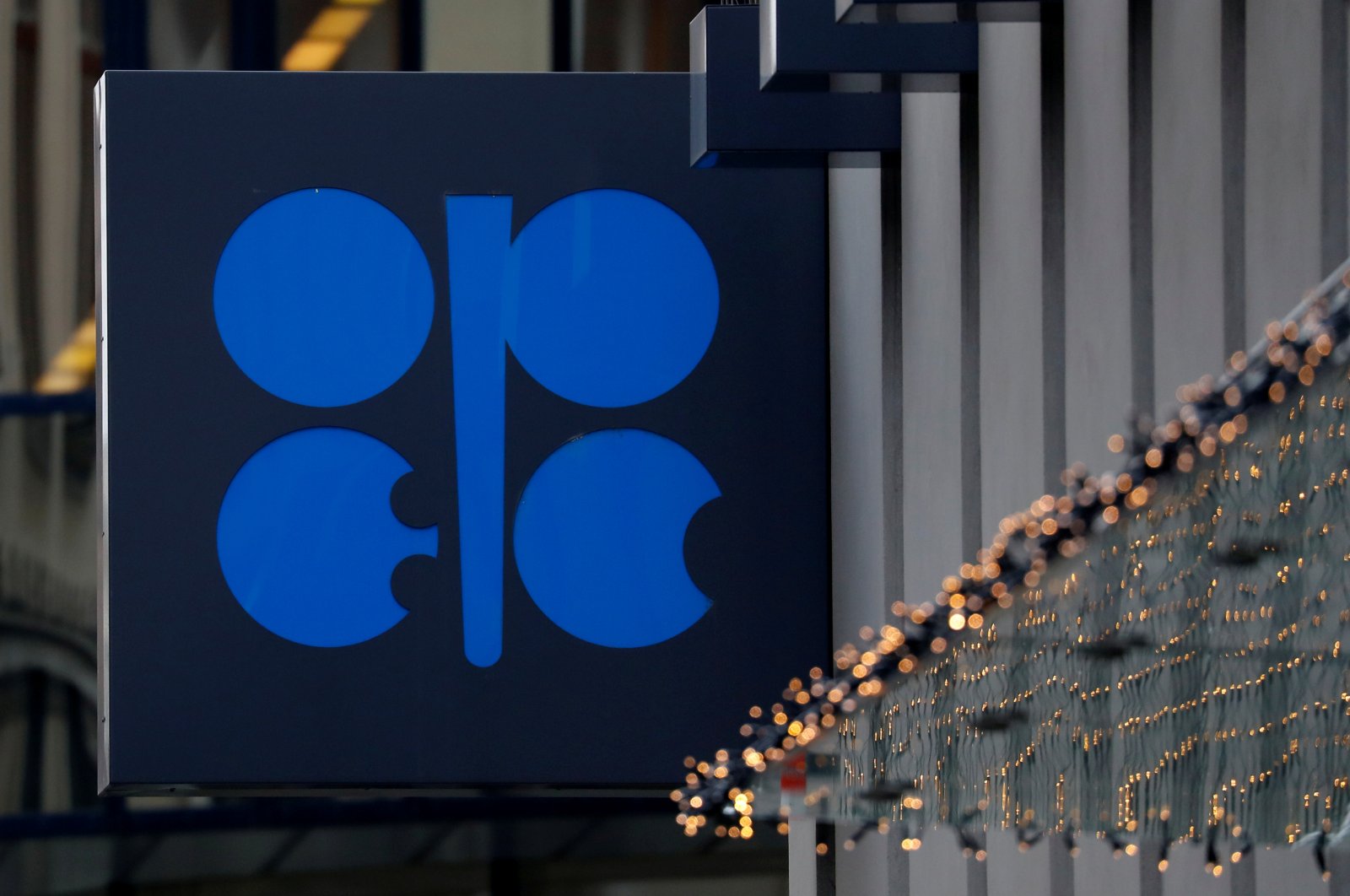 The logo of the Organization of the Petroleum Exporting Countries (OPEC) outside its headquarters in Austria, Dec. 6, 2019. (Reuters Photo)
by REUTERS Jun 05, 2020 12:11 pm
RECOMMENDED

The Organization of the Petroleum Exporting Countries (OPEC) and its allies led by Russia will meet Saturday to discuss extending record oil production cuts and to approve a new approach that aims to force laggards such as Iraq and Nigeria to better comply with the existing curbs.

The producers, known as the OPEC+, previously agreed to cut supply by 9.7 million barrels per day (bpd) during May and June to prop up prices that collapsed due to the coronavirus crisis. The cuts are due to taper to 7.7 million bpd from July to December.

Benchmark Brent crude, which slumped below $20 a barrel in April, climbed 2% on Friday to trade at a three-month high of nearly $41. Prices had slipped from recent highs earlier in the week on uncertainty about when the OPEC+ would meet.

Saturday's meetings are expected to start with talks between members of the OPEC and be followed by a gathering of the OPEC+ group, an OPEC+ source said, after Algerian and Russian media reported the meetings.

Three OPEC sources said an extension to cuts was contingent on high compliance and countries that produced above quota in May and June must promise to adhere to targets and agree to compensate for any earlier overproduction by cutting more in July, August and September.

Iraq, which had one of the worst compliance rates in May according to a Reuters survey of OPEC production, agreed to the additional pledge, OPEC sources said.

"The Saudis have been pushing Baghdad hard to comply," one OPEC+ source said. "Iraq has agreed to the pledge to improve its full compliance with the cuts."

Baghdad blamed technical reasons and a recent change in its government for weak compliance in May, another OPEC source said.