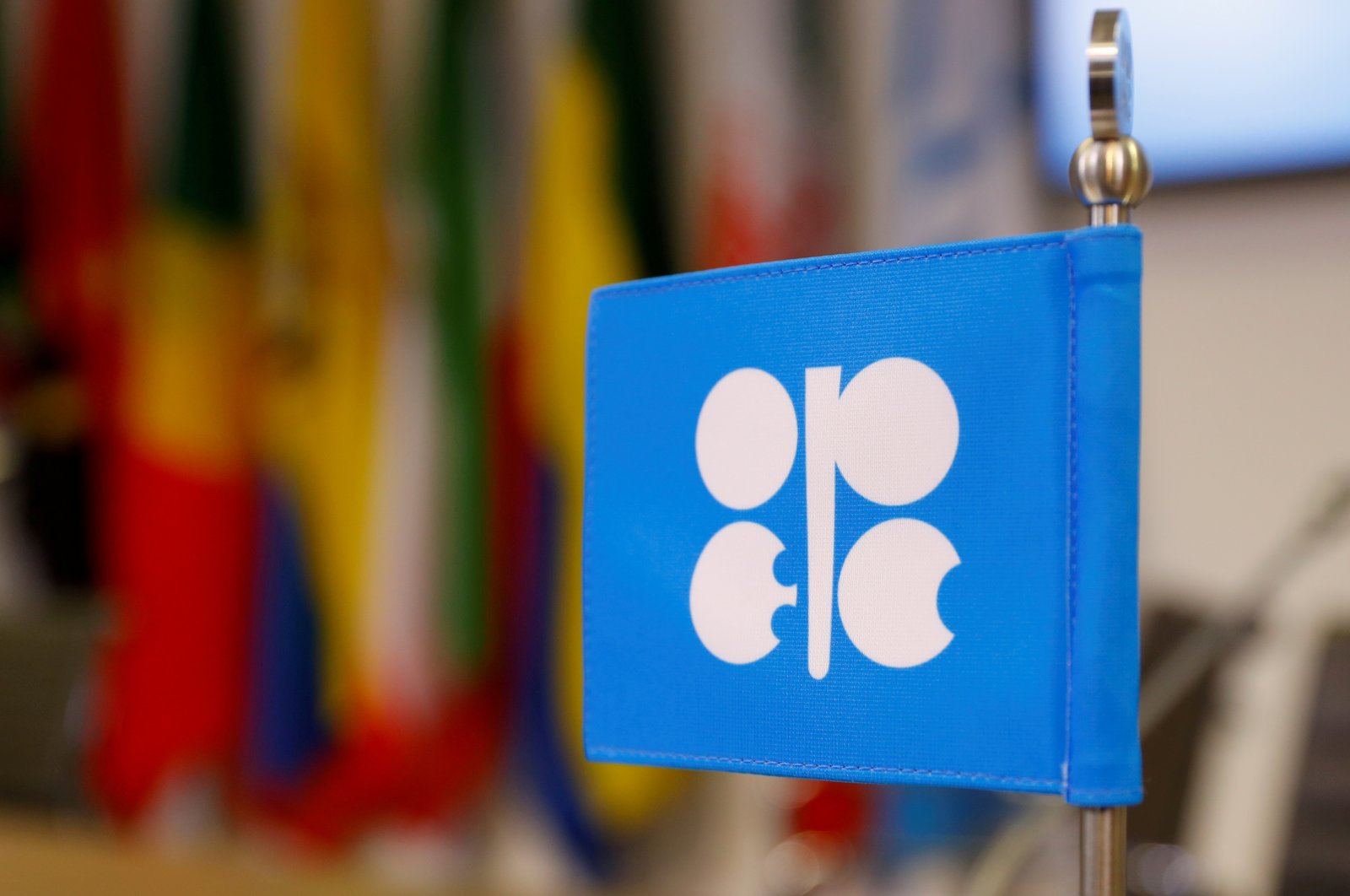 The logo of the Organization of the Petroleum Exporting Countries (OPEC) on a flag at the oil producer group's headquarters in Vienna, Austria, Dec. 7, 2018. (Reuters Photo)
by Compiled from Wire Services Mar 05, 2020 5:17 pm
RECOMMENDED

The Organization of the Petroleum Exporting Countries (OPEC) cartel Thursday called for a deep production cut of 1.5 million barrels per day (bpd) in the second quarter of 2020 to support prices that are sagging due to the spread of the coronavirus.

The proposal assumes non-member allies including major producer Russia will agree; they take up the proposal Friday.

OPEC issued a statement saying that member countries would cut 1 million barrels per day, while non-members would share a further cut of 500,000 barrels per day. The group said this was in addition to extending existing supply curbs to the end of 2020.

The oil demand outlook has been pummeled by global measures to halt the spread of the virus, prompting OPEC to consider its deepest cut since the 2008 financial crisis. Demand growth forecasts in 2020 have been slashed as factories have been disrupted, people have been deterred from traveling and other business activities have slowed.

Saudi Arabia has been pushing OPEC and its allies, including Russia, for a big cut up to 1.5 million bpd for the second quarter of 2020 while extending existing cuts of 2.1 million bpd – which expire this month – to the end of 2020.

But Riyadh, the biggest OPEC producer, and other OPEC states have struggled to persuade Russia to support the move. Moscow has till now indicated it would back an extension but not a new cut.

Russia, which has cooperated on output policy since 2016 in the informal group known as OPEC+, has in the past been hesitant during talks but has signed up at the last minute. Moscow will take part in the OPEC+ ministerial meeting in Vienna on Friday.

OPEC said in a statement after its ministers met that the coronavirus outbreak created an "unprecedented situation" with risks "skewed to the downside," adding that action was needed.

OPEC will hold its next ministerial meeting on June 9.

OPEC sources have previously signaled that preliminary discussions with Russia about the cuts held this week in the Austrian capital had been trickier than before.

"The worst-case scenario is an extension," said an OPEC source when asked what would happen if Russia refused to join a new cut Friday.

In a sign that bargaining was not over, Russian Finance Minister Anton Siluanov said Moscow had still not reached a deal with OPEC and it was ready for a possible drop in oil prices.

Suhail al-Mazroui, energy minister of the United Arab Emirates, said OPEC would not carry the burden of cuts alone and non-OPEC states will have to join in. "We are all in this together. So it’s not going to be us making a decision alone," he said.

This year's price slide of about 20% has made it tough for OPEC states to balance their budgets, while Moscow said its books would be balanced at prices as low as $40 a barrel.

Brent oil prices rose 0.6% on news of OPEC's plan to cut but later fell below $51 per barrel on Siluanov's comments. The weakness highlights general uncertainty about the real impact on global oil demand as the virus continues spreading.

The proposed OPEC cut, if approved, would be well above what the market had expected up until this week.

If OPEC+ was to decide to remove an extra 1.5 million bpd, it would bring the group's overall output reduction to 3.6 million bpd or about 3.6% of global supplies.

The last time OPEC reduced supplies on such a scale was in 2008 when it cut production by a total of 4.2 million bpd to address slower demand because of the global financial crisis.

"OPEC+ have little choice but to cut output substantially given the virus-related demand losses," said Gary Ross, founder of Black Gold Investors, adding that he expected Russia "will join because it is overwhelmingly in their economic interests."