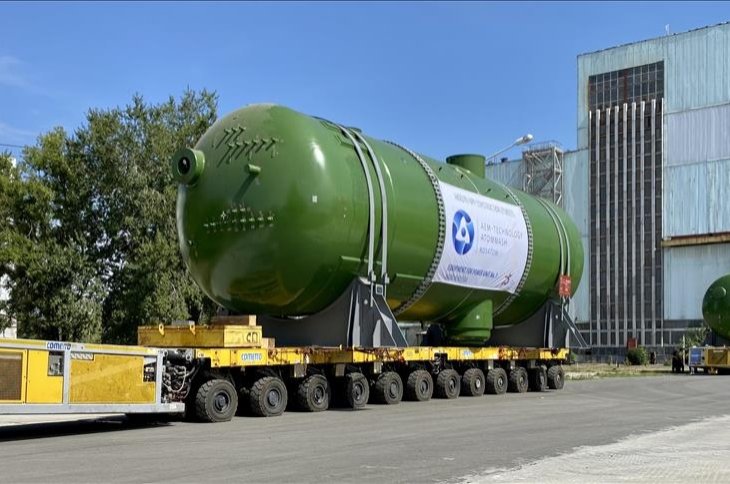 The shipment of steam generators for the first unit of the Akkuyu Nuclear Power Plant (NPP) is on the way, the reactor's manufacturer Atomenergomash announced Monday.

Atommash, the Volgodonsk branch of AEM-technology, which operates alongside Russian State Atomic Energy Corporation's (Rosatom) machine-building division of Atomenergomash, has completed the loading process of the four steam generators.

According to a company statement, the generators, weighing 355 tons each, will go on a long voyage soon, sailing 3,000 kilometers en route to the Akkuyu NPP construction site in Mersin, southern Turkey.

"Delivery of products from Atommash to the customer is carried out in a combined way," the statement read.

First, the products will be delivered by road to the port of the Tsimlyansk reservoir in southern Russia's Rostov Oblast. The four steam generators will then be loaded onto a barge using a 650-ton gantry crane and shipped to Turkey.

An intergovernmental agreement between Turkey and Russia was signed in May 2010 for the Akkuyu NPP, which will house four VVER-1200 power units with a total installed capacity of 4,800 megawatts.

The first reactor of the plant is planned to go online in 2023.