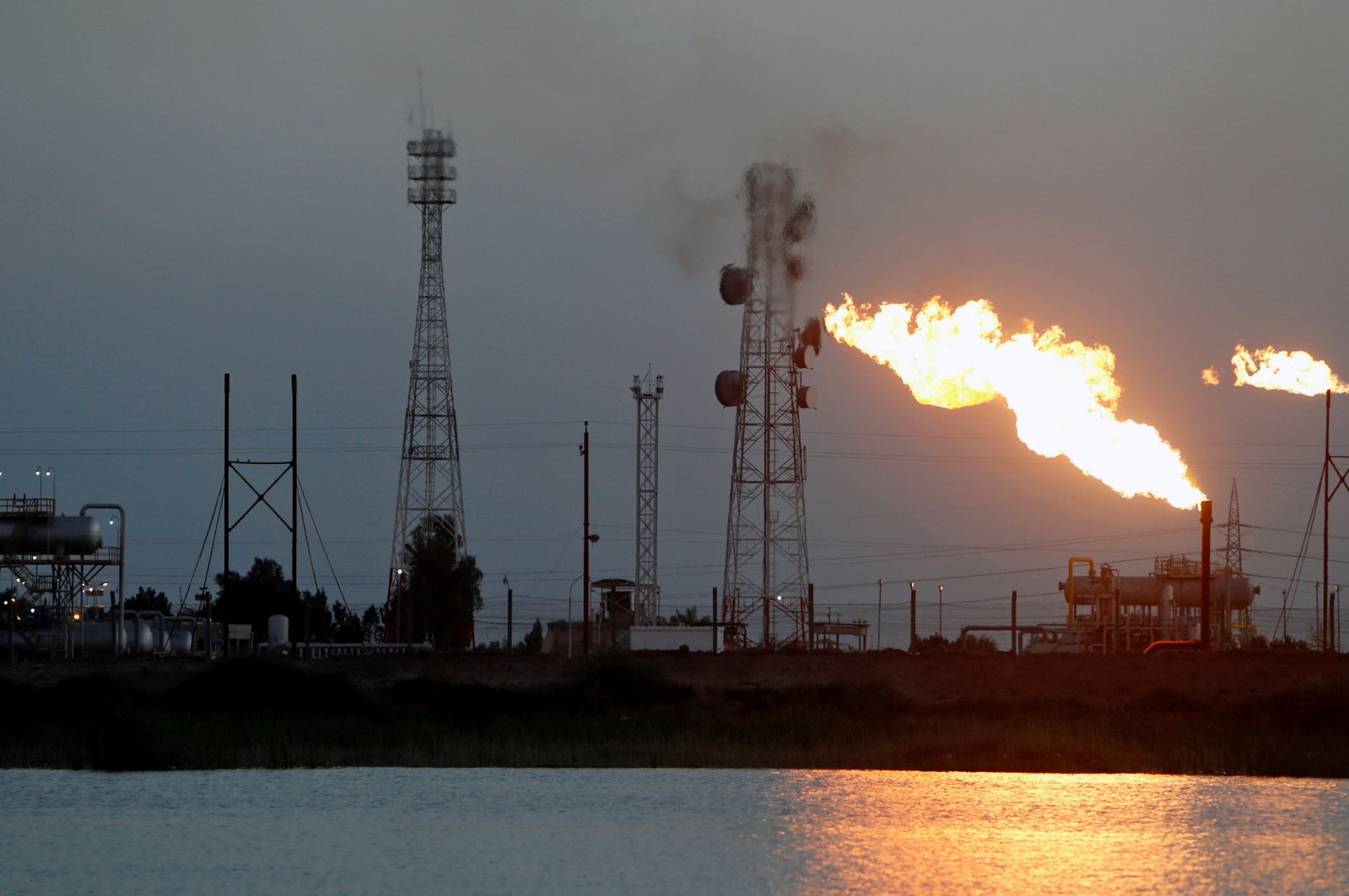 President Recep Tayyip Erdoğan said the recent slide in oil prices has been a disaster for the Organization of the Petroleum Exporting Countries (OPEC) and a positive development for Turkey, a major energy importer.

“This is a disaster, especially for OPEC countries. To some extent, it is a very positive situation for us – a development that positively affects our current account deficit,” Erdoğan told journalists on his way back from Brussels where he met with high-level representatives of the European Union (EU) and NATO on Monday.

“Could this be a recession? We hope not. Both our Treasury and Finance Ministry and our Trade Ministry have taken all measures in this regard. This development shows that we are currently taking this process in a positive direction,” he said.

The president also announced the country would implement discounts of TL 0.60 per liter on gasoline and TL 0.55 per liter on diesel fuel as of Tuesday night.

Saudi Arabia and Russia announced that they would hike their oil outputs which led to prices being slashed by as much as a third Monday, a historic rout that hit energy-exporting emerging markets hard.

The crash came after three years of cooperation between Riyadh and Moscow and other major oil producers to limit supply fell apart on Friday, triggering a price war for market share.

The lower price of Brent crude oil and natural gas may benefit energy-dependent countries such as Turkey. Since it imports virtually all of its oil and natural gas, economists said the selloff could keep a lid on the country’s inflation and current account deficit.

Şekerbank Chief Economist Gülay Elif Yıldırım said every $10 drop in the price of a barrel of oil trims the deficit by as much as $3.5 billion.

Turkey managed to achieve a higher-than-expected current account surplus in 2019, its first and highest surplus since 2001. The current account balance ended the year with a surplus of $1.67 billion. Measures taken and the rebalancing in the economy brought a gradual decline in the annual current account deficit that dropped from about $58 billion on a 12-month basis in May 2018.

If oil remained at current levels through year-end, Turkey’s current account deficit would be $10 billion lower than otherwise, Yıldırım told Reuters, adding that uncertainties around energy production and the effects of the coronavirus are big wild cards.

It will be a “lost year” for global growth, she said. The stimulus provided by larger economies “will benefit Turkey in the medium term... but in the short term there is a market crash everywhere.”

“The lower the price, the less Turkey pays for its oil, all of which is imported. The longer this lasts, the better (for importers),” John Bowlus, editor-in-chief at Energy Reporters, told TRT World.

Oil prices recovered some of their losses and jumped by 4% on Tuesday.

Both benchmarks plunged 25% on Monday, dropping to their lowest levels since February 2016 and recording their biggest one-day percentage declines since Jan. 17, 1991, when oil prices fell at the outset of the first Gulf War.