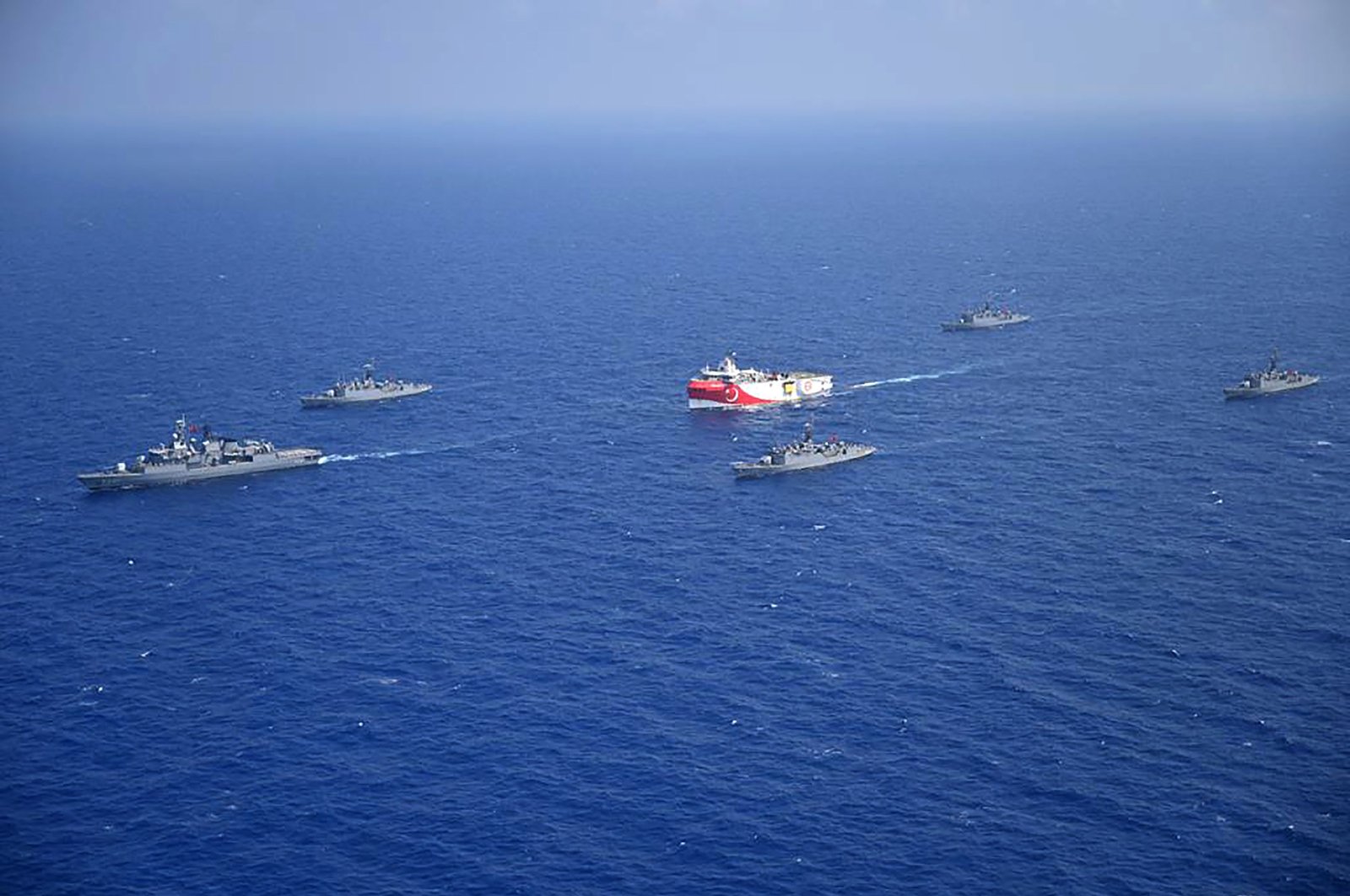 According to the statement, the seismic survey by the Oruç Reis, Ataman and Cengiz Han vessels was extended until Aug. 27.

On Aug. 10, Turkey announced in a Navtex that Oruç Reis would conduct research in the region until Aug. 23.

Turkish warships have been protecting the Oruç Reis in the Eastern Mediterranean.

Last month, after Athens objected to Ankara's seismic survey in an area south of the island of Kastellorizo (Megisti-Meis), German diplomatic efforts helped defuse tensions between the two neighbors.

But Greece's controversial move to sign a maritime delimitation agreement with Egypt, which Turkey says violates its continental shelf and maritime rights, has further sparked tensions between Athens and Ankara.