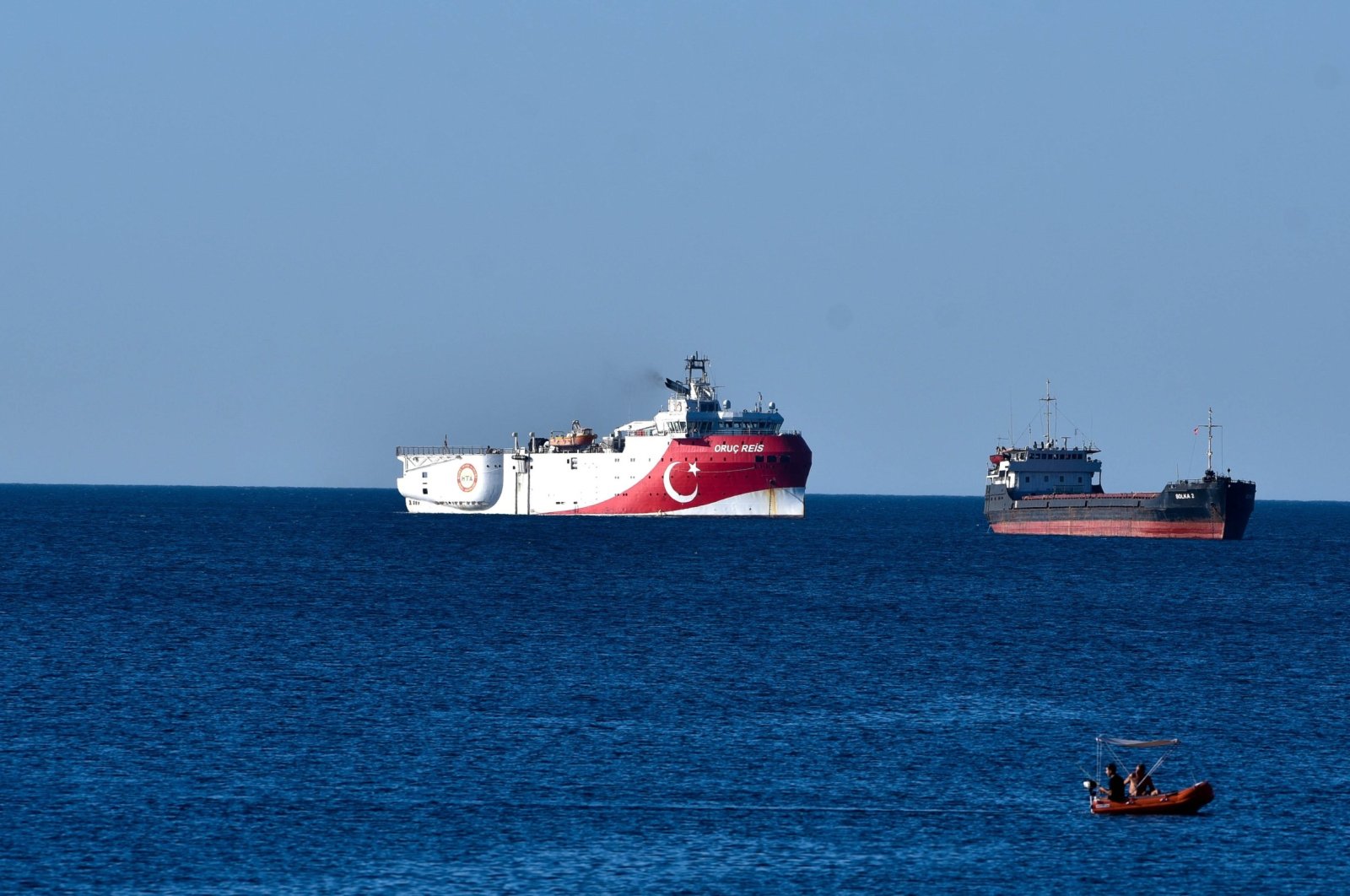 Turkey could pause energy exploration operations in the Eastern Mediterranean for a while pending talks with Greece, Presidential Spokesperson Ibrahim Kalın said Tuesday, as a constructive step in regard to Ankara’s relations with neighboring Athens.

In an interview with Turkish broadcaster CNN Türk, Kalin said President Recep Tayyip Erdoğan had requested that operations be put on hold as a constructive approach to negotiations.

Kalın, referring to Berlin’s approach to the dispute between Ankara and Athens, said the basic approach of Germany is to take steps to reduce tensions in the Mediterranean. “Our approach to this is also very positive,” he said.

The German press later claimed that German Chancellor Angela Merkel met with Turkish and Greek leaders, preventing a military dispute that might have occurred off Kastellorizo due to natural gas exploration activities.

Kalın said the military dispute claims were a bit exaggerated, explaining Merkel’s approach as taking steps to reduce tensions in the Aegean and the Eastern Mediterranean, as well as to creating mutual confidence and the groundwork for a positive outcome.

Kalın noted that Merkel has also been criticized within the European Union over those statements.

Most recently on Monday Spain’s foreign minister, Arancha Gonzalez Laya, at a news conference in Ankara with Turkish counterpart Mevlüt Çavuşoğlu, said talks in Turkey had helped reduce tensions between some European Union members and Ankara over Turkish energy exploration in the Mediterranean, adding that a one-month pause in drilling was possible.

Kalın also noted that the dialogue option is always open with Greece. He said Ankara is ready to continue talks with Athens on every topic without “pre-conditions,” as well as eager to continue negotiations regarding the Cyprus issue. Turkey has historical relations with Greece, Kalın said, adding that the two countries would work on how to reconstruct this geography together without a fight.

Athens has been at loggerheads with Ankara for a while, and long-standing tensions between the NATO allies escalated last week after Turkey’s navy issued an advisory known as a NAVTEX for seismic surveys in waters between Cyprus and Crete. The advisory notified of seismic surveys by the Oruç Reis and two support vessels in waters south of the Greek islands of Rhodes, Karpathos and Kastellorizo through Aug. 2.

Paris and Athens have most recently called for sanctions against Turkey for what they view as an encroachment on Greek and Greek Cypriot waters, while Berlin has warned Ankara to cease “provocations.” Turkey has rejected the criticism and said it is abiding by international law.

“We have reached some inflection point mainly on the drilling in the Eastern Mediterranean, and this was a useful dialogue with Mevlüt to deescalate tensions that exist,” Gonzalez said Monday.

“I think his will to pause exploration for at least a month to give space to dialogue between parties is a signal of confidence,” she added.

Kalın also added that Turkey is ready to do whatever it takes to turn the Eastern Mediterranean into a “sea of peace,” and that, in fact, the area where the Turkish vessel Oruç Reis is expected to conduct exploration and drilling activities is 180 kilometers (112 miles) away from the Greek island of Kastellorizo (Meis in Turkish, Megisti in Greek).

In contrast to what has been said, Kalın said there will not be exploration activities very close to the island.

The Oruç Reis will carry out exploration in an area that was previously covered by the country’s first seismic exploration vessel, the Barbaros Hayreddin Paşa, and lies within Turkey’s own continental shelf registered with the United Nations, the Foreign Ministry said in a statement earlier.

The foreign ministry said the Greek island of Kastellorizo is 2 kilometers away from the Turkish mainland and 580 kilometers off the Greek coast, making “Greece’s maximalist continental shelf claims based on islands far from its mainland incompatible with international law and court decisions.”

Greek Prime Minister Kyriakos Mitsotakis said after Turkey issued the NAVTEX that unless Turkey backed down, EU sanctions against its NATO ally could be inevitable.

“As long as Turkey continues to take this path, sanctions on Turkey will be a one-way street,” he told German Foreign Minister Heiko Maas, who was visiting Athens.

Maas urged Turkey to avoid “provocative actions” and fully engage in planned talks with the EU.