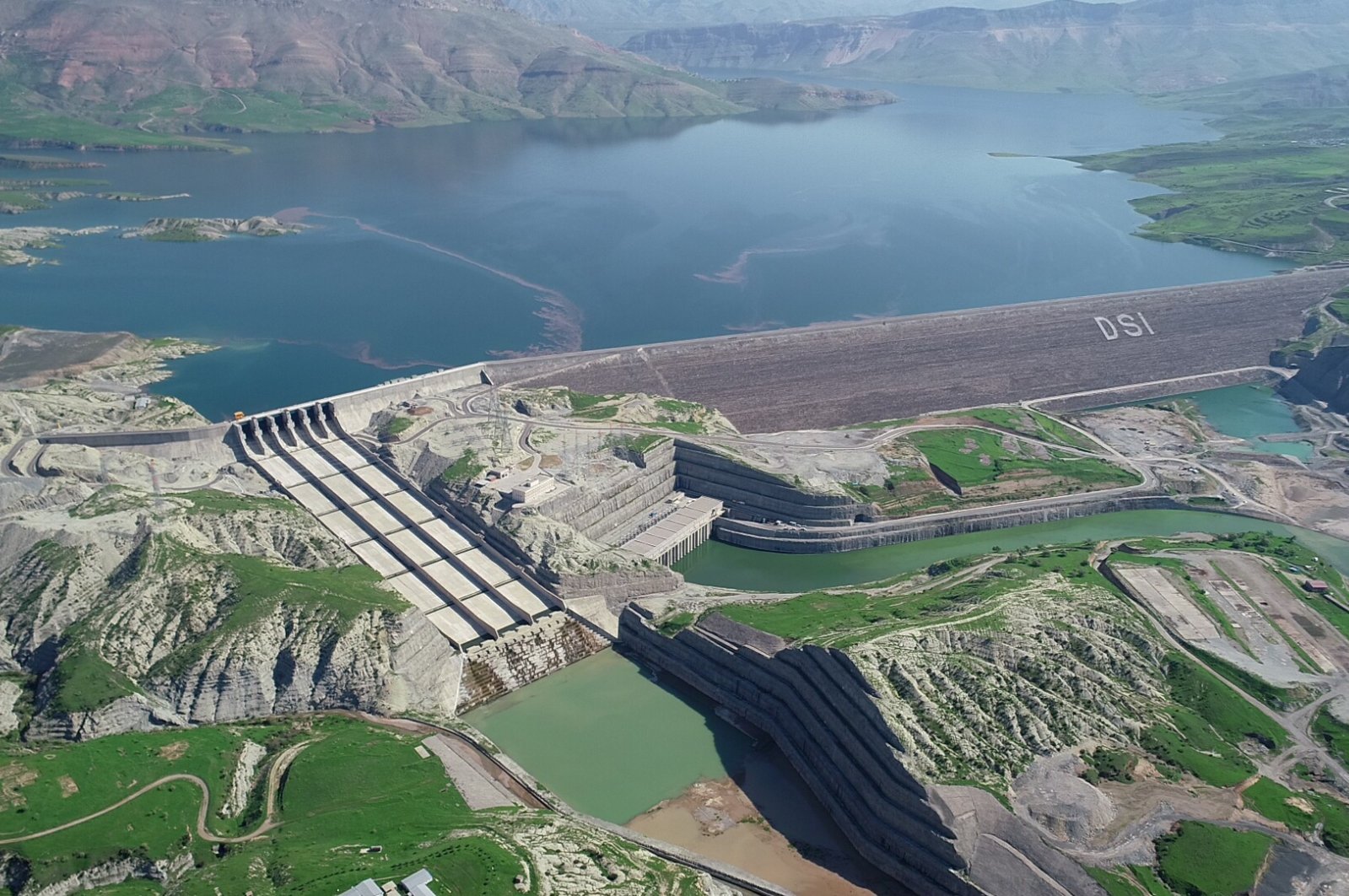 Turkey on Tuesday started the first turbine at the IIlısu Dam on the Tigris River in southeastern Mardin province.

"Turkey's fourth-largest dam, Ilısu Dam, will contribute TL 2.8 billion ($412 million) to the Turkish economy annually, contribute to the development of the southeast, and it is expected to generate 4.1 billion kilowatt-hours of electricity per year," Erdoğan said.

One of the largest irrigations and energy projects in Turkey, Ilısu Dam will have a total of six turbines when complete.

Ilısu, a project carried out within the framework of the Southeast Anatolian Project (GAP) to boost development in the region, is by volume the second-largest dam in Turkey after Atatürk Dam, whose reservoir has a capacity of 48 billion cubic meters of water and was completed in 1992.

According to an earlier statement by Agriculture and Forestry Minister Bekir Pakdemirli, Turkey’s 587 hydroelectric power plants, all of which came into service in the last 18 years, have generated 895 billion kilowatt-hours (kWh) of electricity, contributing nearly TL 233 billion to the country’s economy.

Pakdemirli said last Tuesday that hydroelectric energy is the backbone of electricity production in Turkey and that the State Hydraulic Works (DSİ) have completed significant projects to ensure a steady supply of hydroelectricity.

The energy generated at Turkey's three largest hydroelectric power plants – the Atatürk, Karakaya and Keban dams – increased by 106% in 2019 compared with the previous year, and the three dams have contributed of over TL 400 billion to the Turkish economy since their inaugurations, previous data by the DSİ showed.

The Atatürk Dam has alone contributed more than TL 150 billion to the Turkish economy over 26 years, according to 2019 data, while the Karakaya Dam has generated TL 93.8 billion for the economy since its inauguration. The third-largest hydroelectric power plant, Keban Dam, contributed TL 157.3 billion in over 45 years.