Turkey to commission 3rd floating storage and regasification unit in 2021 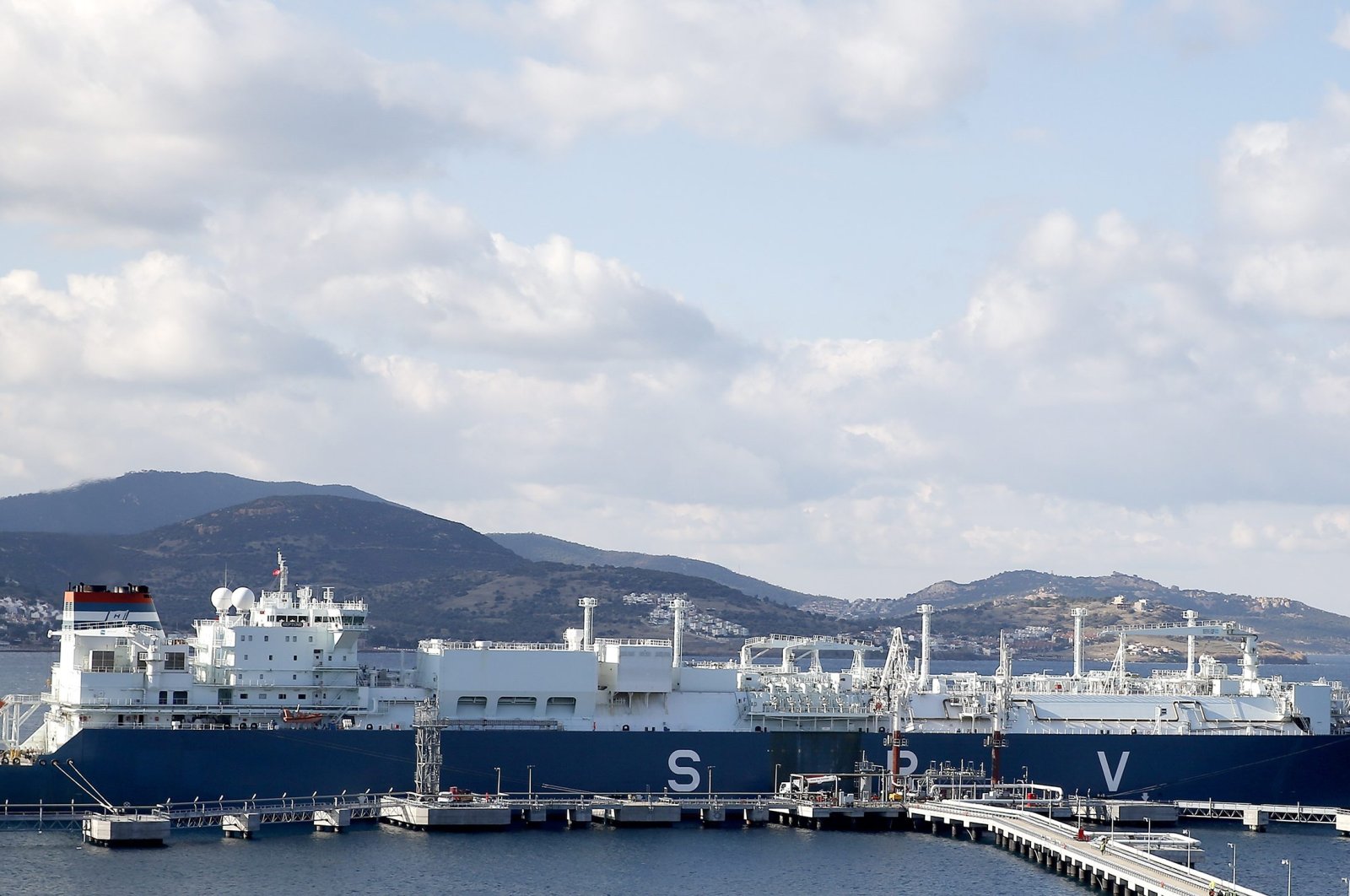 "It will add further strength to the country's natural gas infrastructure and contribute to the supply security," he added.

Bayraktar said the third FSRU will operate at the Gulf of Saros, in the country's northwest. The two others are anchored in the industrial Aliağa district of western Izmir and the Dörtyol district of the southern Hatay province.

Speaking at the "Natural Gas Workshop and Panel," organized by the Turkish Academy of Sciences, deputy minister Bayraktar said, "It will be added to our infrastructure next year."

He said natural gas holds an important place in Turkey's future energy targets and clean energy policy. He cited an International Energy Agency (IEA) report and added that natural gas will secure its place as an important resource in the next 20 years.

Bayraktar added that the National Energy and Mining Policy of the country has long prioritized accelerating hydrocarbon exploration and the country has been operating three drillships and two seismic vessels.

He confirmed that drillship Kanuni is set to begin drilling activities in the Black Sea soon.

Meanwhile, the new FSRU was named Ertuğrul Gazi, after the father of Osman I, the founder of the Ottoman Empire.

Speaking on Turkey's recent 320 billion cubic meters (bcm) natural gas discovery in the Black Sea, Bayraktar said it will have a significant effect on the natural gas and energy markets, significantly affecting the Turkish economy. He reiterated that the area bears the potential for future discoveries.

"Turkey, from the very beginning, has been open in all aspects, from the use of drilling equipment, following international standards in tests to announcing the discovery. We will continue to do so from now on," he said.

On Aug. 21, President Recep Tayyip Erdoğan announced the discovery of 320 bcm of natural gas reserves at the Tuna-1 well in the Sakarya Gas Field, located around 170 kilometers offshore in the Black Sea. The discovery has proved the existence of sizable deposits deep under the seabed.

Bayraktar highlighted that the discovery, in the coming years, is set to contribute greatly to Turkey's supply security and natural gas portfolio.

He noted that challenging technical, economic and technological work is required to deliver this gas to consumers in 2023 and said that they "have started and are carrying out simultaneous studies."

Bayraktar went on to say that Ankara has also been carrying out drilling and exploration activities in the Eastern Mediterranean in areas that fall under its continental shelf.

"All activities are carried out in the region in a legitimate way and per international law," he said, pointing out that the U.N. has recently certified the Turkey-Libya maritime delimitation agreement.

The pact with Libya's Government of National Accord (GNA) was signed Nov. 27, 2019, and passed by Turkey's parliament Dec. 5. It took effect Dec. 8 after the two countries published it in their respective official gazettes.

Ankara applied to the U.N. on Dec. 12 to register the pact. The memorandum setting marine jurisdictions rejects unilateral and illegal activities by other regional countries and international firms and aims to protect the rights of both countries.

The agreement also confirmed that Turkey and Libya are maritime neighbors. The delimitation starts from Turkey's southwestern coast of Fethiye-Marmaris-Kaş and extends to the Derna-Tobruk-Bordia coastline of Libya. It recognizes Turkey's rights in its exclusive economic zone (EEZ) extending into the southeast of the island of Crete, thwarting any illegal attempts to confine the country's EEZ in the Mediterranean.

Bayraktar also said that one of the most important problems in Turkey's energy economy and one of the main causes of the current account deficit is gas imports.

"To reduce this, we will continue our exploration activities with determination, whatever our possibilities are, with special attention to sea exploration," he noted.

He added that the works to make Turkey an energy hub continues and stressed that the country needs to continue liberalizing the gas markets like the electricity market.

This liberalization has not been as rapid as expected as the country was pushed towards "purchase or pay" businesses or long-term contracts, Bayraktar said.

Turkey's current contracts expire in 2021, he said, adding that "provides an important opportunity for different players to enter the natural gas market and strengthen our sector."

"Our expectations, efforts and negotiations are toward more flexible and competitive gas contracts that will support the Turkish industry, power sector and households, while strengthening the gas sector," he concluded.