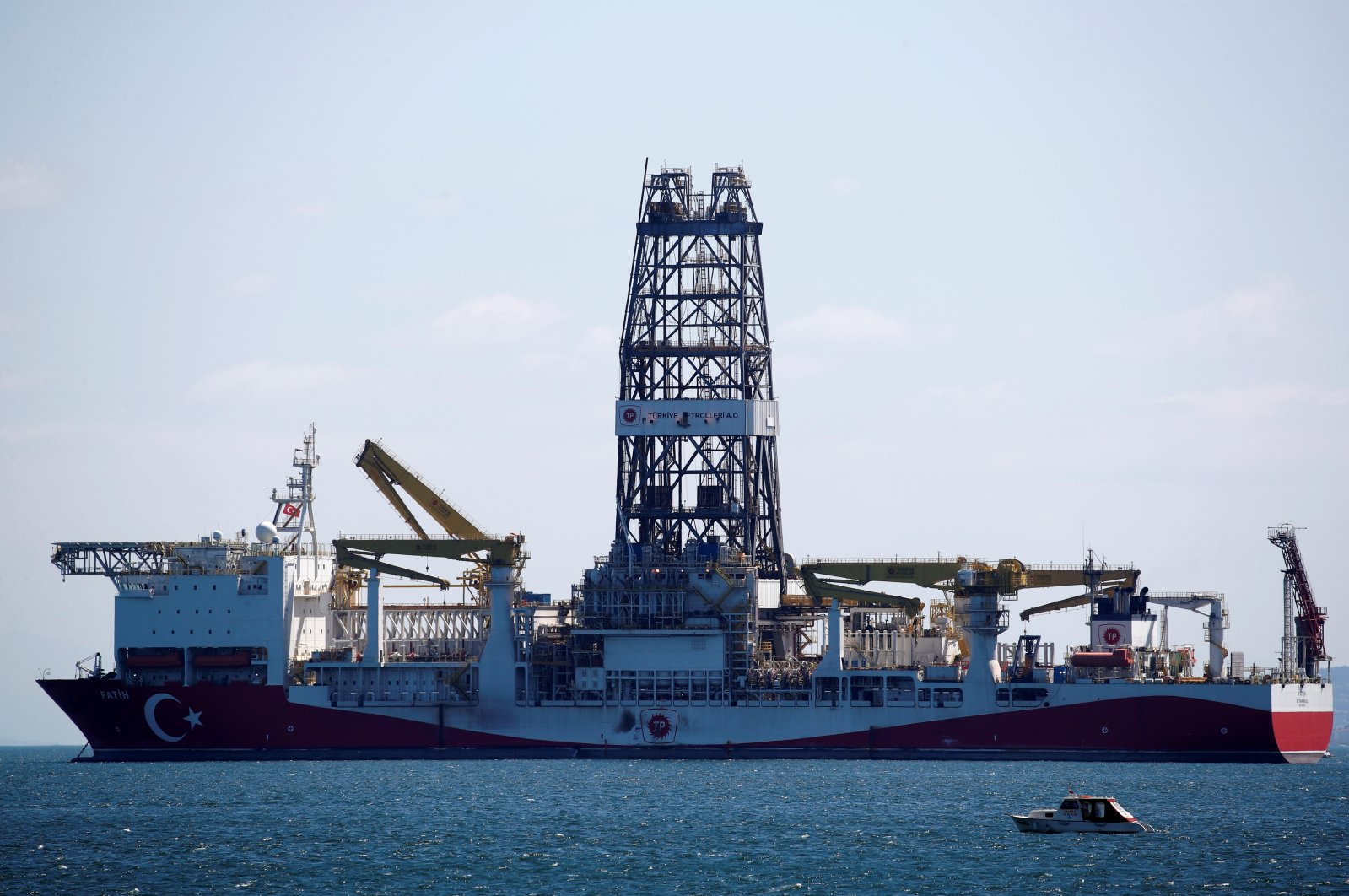 The discovery of the Sakarya gas field in the Black Sea, as well as potential future discoveries in the next few years, are set to pave the way for Turkish companies to increase their bargaining power in negotiating contract terms and pricing mechanisms, according to experts from the Ankara-based Bilkent Energy Policy Research Center.

In a report, titled "Turkey’s Black Sea Natural Gas Discovery: Brief History and Implications," the center showed that Turkey had intensified its hydrocarbons exploration efforts particularly following the adoption of the National Energy and Mining Policy in 2017.

To serve this purpose, Turkey acquired one seismic ship, the Oruç Reis, as well as three drillships – Fatih, Yavuz and Kanuni.

Out of the nine deepwater wells drilled by the fleet in the Mediterranean and the Black Sea, only one – located at the Tuna-1 field – proved successful so far, with sufficient quantities of commercially viable oil and gas.

The country’s persistent efforts to find domestic hydrocarbon resources have subsequently paid off, with the largest discovery in the Black Sea to date.

On Aug. 21, President Recep Tayyip Erdoğan announced the discovery of 320 billion cubic meters (bcm) of natural gas reserves at the Tuna-1 well in the Sakarya Gas Field, located around 170 kilometers offshore in the Black Sea.

The discovery has proved the existence of sizable deposits deep under the seabed. Officials have said there could be an upward revision in the estimate, stressing the efficiency of the work being carried out.

The discovery is close to Romania's Neptun Deep block, where the Domino field was discovered in 2012, at a depth of 930 meters. The Domino field is estimated to contain between 42 bcm and 84 bcm of gas, but no final investment decision (FID) has been taken yet to develop the field.

Drillship Fatih, which began operations in the area on July 20, 2020, discovered the well after only one month of work.

According to the report, almost all previous drilling efforts in Turkey’s waters have largely been a disappointment, with only one moderate commercial discovery made at the Akçakoca gas field in the shallow waters of the Black Sea in 2004.

One of the most critical significances of the current discovery is that it broke the pessimism haunting the country over the presence of hydrocarbons within its territory, according to the report.

It said this pessimism was not specific to Turkey but similar experiences had been witnessed throughout history in European exploration.

Following the first discovery of commercial gas at the giant Groningen onshore gas field in the Netherlands in 1959, there were big hopes of finding many oil and gas fields in the North Sea.

However, these hopes were dashed, as almost all of the more than 200 wells drilled following the Groningen discovery came out dry. The exception was a BP gas discovery off the coast of the U.K. in 1965.

It was only in 1969 that giant fields were discovered with the Ekofisk oil and gas field in Norway and the Forties oil field in the U.K. in 1970.

Turkey aims to produce its first gas from the Sakarya field by 2023. However, some experts find this goal unrealistic.

Experts in Bilkent's report cited the discovery and extraction of gas from the Zohr field off the coast of Egypt as an example of what can be achieved in a short timeframe with the right motivation.

Drilling at the Zohr field started on July 3, 2015, and only two months later, on Aug. 30, the discovery of the largest gas field in the Mediterranean was made. A total of 850 bcm of original gas was found, 610 bcm of which was estimated to be recoverable. The report showed that the field’s fast-track development was successful with immense efforts and excellent cooperation from Italian oil and gas giant ENI and the Egyptian government.

"As a result, the flow of gas from the field started in December 2017, only 28 months after the discovery," it said in the report.

Experts explained that this quick turnaround came even though gas at the Zohr field was difficult to extract.

Therefore, they have concurred that the 2023 target date, in line with the centenary of the founding of the Republic of Turkey, for gas flow from Sakarya would be possible.

The new "giant" discovery will undoubtedly contribute to Turkey’s gas supply security, nurture the economy and improve the country’s knowledge base in this sector, but it will also allow Turkey to gain leverage in negotiating the many gas contracts due to expire by the end of next year.

In total, an annual 18.3 bcm in gas contracts will expire before the end of 2021, with 11.6 bcm up for renegotiation. Imports from Azerbaijan have already been replaced with gas via the Trans-Anatolian gas pipeline (TANAP). Nonetheless, further volumes will be up for negotiations up to the end of 2026.

Out of this total level of 11.6 bcm supplies, the majority of 8.25 bcm comes from Russia, with the remaining volume in the form of LNG contracts with Qatar and Nigeria.

"Again, for the moment, we are not in a position to know with any certainty when and at what rate the Sakarya field will produce gas, but there is no doubt that it will help reduce Turkey’s dependency on imports," it stressed in the report, although it said that gas could potentially reach land before Oct. 29, 2023 – the 100th Anniversary of the Turkish Republic.

Turkey imported 45.3 bcm of natural gas in 2019, at a cost of approximately $12 billion. The total bill for gas imports relies heavily on oil prices, while Turkey's long-term oil-indexed gas contracts with Russia, Iran and Azerbaijani have directly contributed to the country's foreign trade deficit.

"Production from the field may lead to a lowering of gas costs in Turkey. As we expect this gas to be used as leverage for other contracts, Turkey’s gas prices may decrease, and gas demand, especially in the industrial sector, will likely rise as there is a strong possibility that imported coal power plants will be uneconomic to run," the report read.

It further forecast that gas consumption could be revised upward to reveal a drop in emissions, although it said that domestic lignite power plants would not be unduly affected.

The report said Turkey would have sufficient flexibility and diversity to become a regional gas powerhouse while greatly increasing its regional gas security, considering the existing LNG and Floating Storage Regasification Unit (FSRU) terminals and storage capacity extensions that have been made in the last few years.

The discovery will also trickle down to influencing pricing in the region, with Energy Exchange Istanbul (EXIST) playing a pivotal role in this achievement.

The report relayed that the Turkish natural gas market would also evolve into a gas market with hydrogen in the long term, as the Turkish market Regulatory Authority, EMRA, has given an early research and development (R&D) grant for clean hydrogen, which the report said should be put at the heart of the development of any gas market rules in the future.

Experts at the Bilkent Energy Policy Research Center said that while new challenges accompany Turkey’s entering a new phase in energy policy, the prizes will be greater.