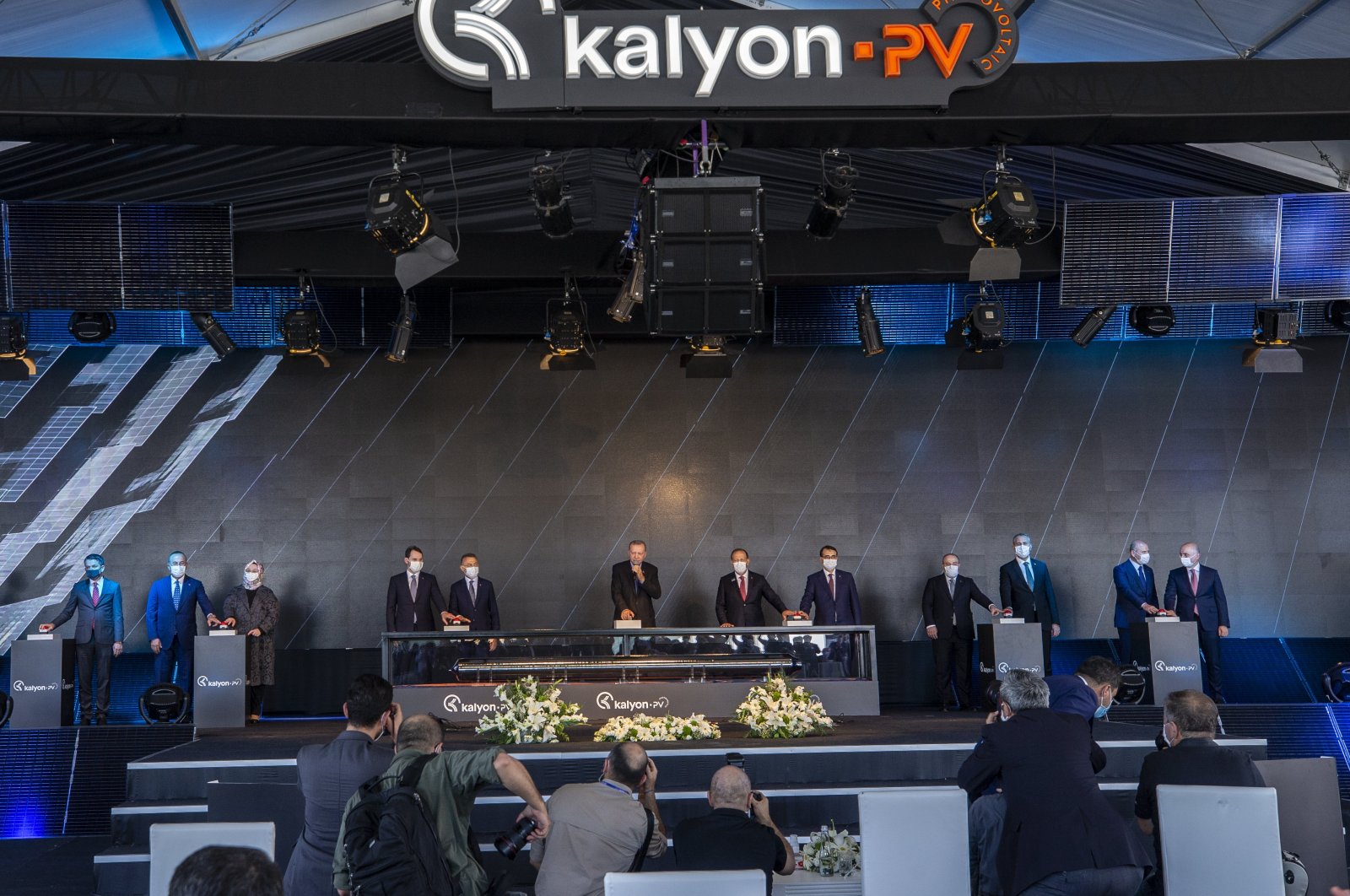 Works to increase the factory's cell and solar panel production capacity to 1,000 MW will be completed by next June.

The plant, which integrates all four stages of solar panel production, including research and development (R&D) under one roof, was opened in August.

It is Turkey's first and Europe and the Middle East's only integrated solar panel manufacturing facility, which promises to further develop the country's renewable energy sector.

In a statement, Kalyon Holding's Cemal Kalyoncu stressed the long and efficient cooperation with CETC, saying that the first production with additional capacity will start in June 2021 and the number of employees will increase from 1,400 to 2,100 people.

He also emphasized its new investments in renewable energy sources and said the company has decided to expand the factory even though it was only recently opened.

"Because our country has high solar energy potential. There are also export opportunities. There is some serious demand from both domestic and foreign customers," he said.

CETC Chairman Zhaoxiong Chen said the cooperation between Turkey and China in the various fields continues to grow. He added that it has helped establish Turkey's first photovoltaic industry chain production line.

He said despite the growing negative effects of the COVID-19 outbreak worldwide, the trust and resolution between the two corporations have helped strengthen their collaboration.

"We see this agreement as an opportunity to deepen our cooperation with Kalyon Holding," he said.

Turkey has managed to become ninth in the world and third in Europe in terms of increasing its installed solar power capacity since it started building solar plants in 2014.