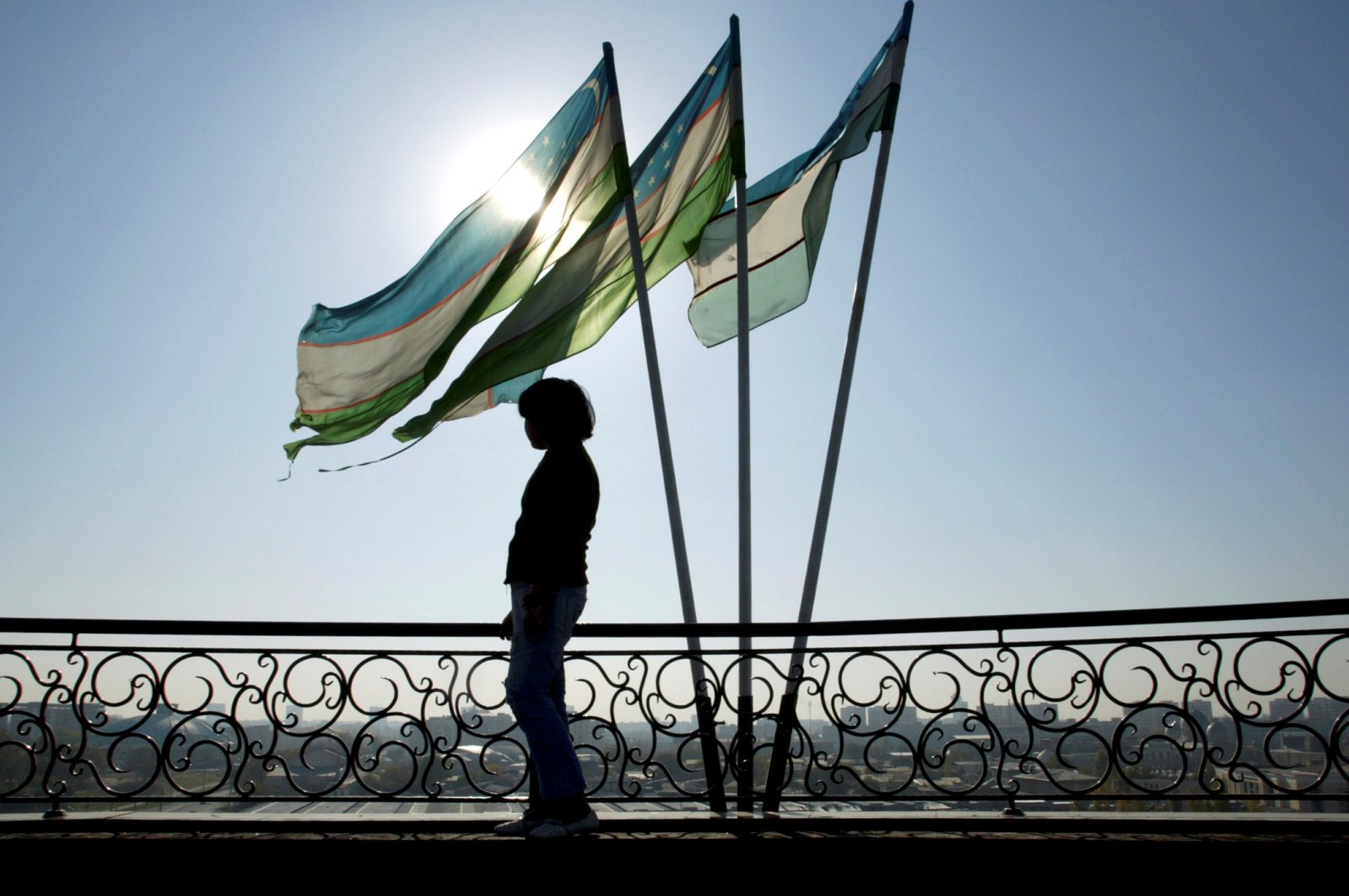 A girl is silhouetted against the sun standing next to Uzbek flags in Tashkent. (Reuters Photo)
by DAILY SABAH WITH AA May 12, 2020 2:21 pm

Under the contract, the Turkish firm will also operate the plant and sell electricity to Uzbekistan for 25 years.

Aksa Energy will also relocate the necessary equipment from Antalya's Ali Metin Kazancı Natural Gas Combined Cycle Power Plant in Turkey to Uzbekistan for construction. Some of the transmission systems from the former plant were left unused after a partial license cancellation in 2018.

Construction in Tashkent will begin after site allocations while commissioning of the plant is planned to be held within a maximum of 12 months after construction begins, the statement read.

Once completed, the plant is expected to produce 2 billion kilowatt-hours (kWh) of electricity annually.

"This new power plant will contribute to the energy diversification and savings strategy of the Government of Uzbekistan," the statement added.

Commenting on the statement, Uzbekistan's Energy Minister Alisher Sultanov said the use of its own natural resources is very important. He hoped that with the help of new investments, Uzbekistan's energy supply security would grow stronger.