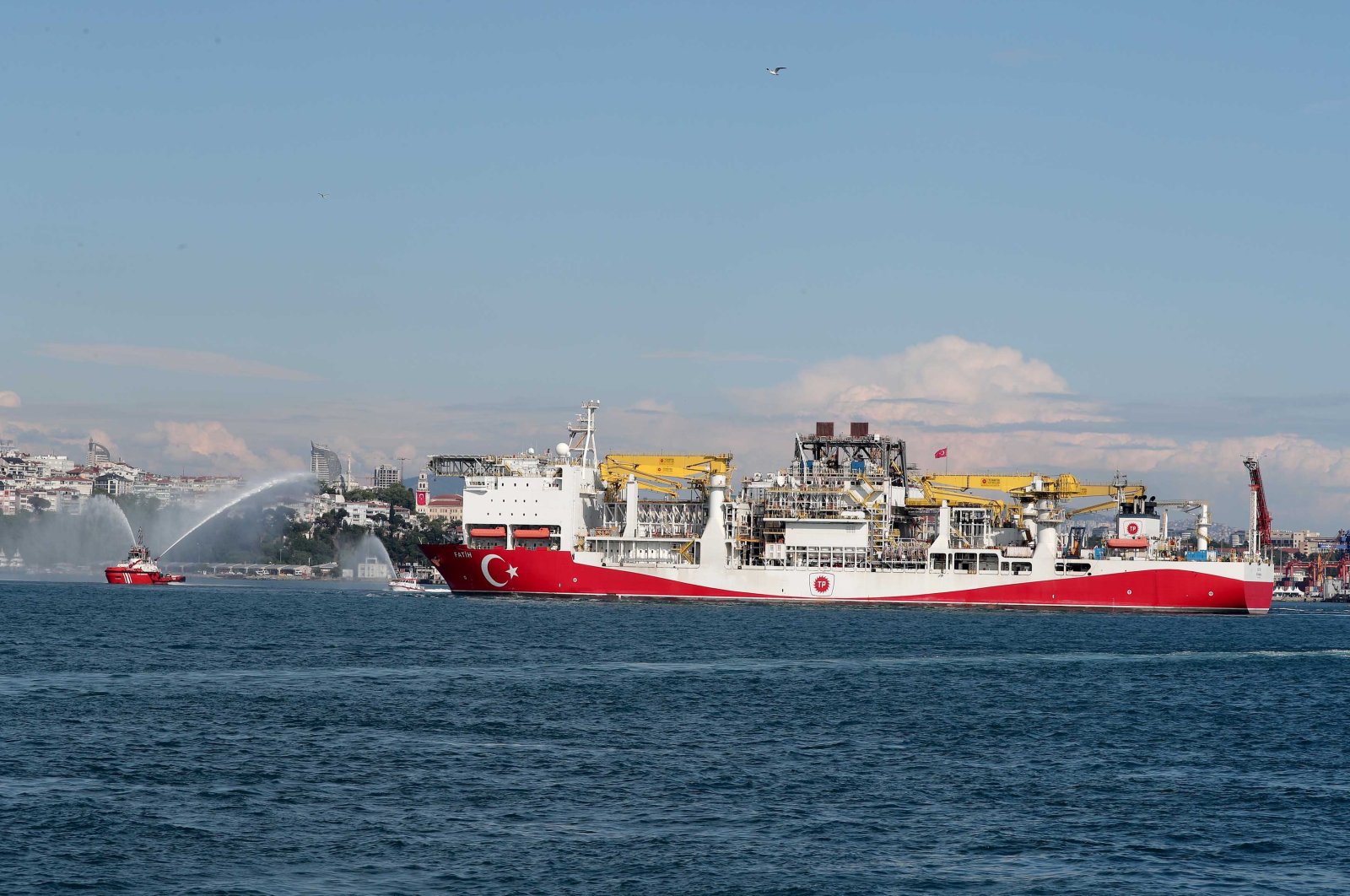 Turkey’s gas discovery in the Sakarya natural gas field off the Black Sea coast is set to contribute positively to the country's energy import-export balance by providing it with added leverage in contract renewal negotiations with the country’s main gas importers – Russia, Azerbaijan and Iran, John Roberts, a senior fellow at the Atlantic Council's Global Energy Center, said Wednesday.

Roberts, who is also an energy security specialist from U.K.-based Methinks, told Anadolu Agency (AA) that the importance of the Sakarya gas field lies as much in its ability to improve the terms of Turkey’s gas imports as in its contribution to replacing such imports.

Sakarya will improve Turkey’s energy balance, but he said whether it reduces the volume of imports would depend on two quite different factors.

"The first is the rate of economic growth in Turkey and the amount of energy required to fuel that growth. The second is the challenge that gas – and coal and lignite – will face from renewables, notably solar and wind power. Turkey’s ability to generate wind power, in particular, is considered to be one of the very best in Europe," he said.

Ankara expects gas suppliers to offer more competitive pricing and flexibility if they want to renew long-term contracts for 16 bcm per year. More than a quarter of Turkey's long-term gas contracts expire next year, including imports via pipeline from Russia's Gazprom and Azerbaijan's SOCAR and a liquefied natural gas (LNG) deal with Nigeria.

The success of developing the new field is dependent on its size and the time it takes to bring its resources online, Roberts said.

In comparison with other fields in the region, Roberts said the mid-sized field in Sakarya is about half the size of Egypt’s Zohr field in the Eastern Mediterranean and a third of the size of Azerbaijan’s giant Shah Deniz field in the Caspian.

The expert argued that logically, the development of the Sakarya field would be similar to the largest natural gas field in Azerbaijan, the Shah Deniz, which took seven years from its discovery in 1999 to its first production in December 2006, as much of the infrastructure needed to be constructed from scratch.

The Zohr field, however, was an exceptionally fast-paced development, taking just over two years from its discovery in August 2015 to the start of operations in December 2017.

"This was possible because Egypt – and in particular, its developer, Italy’s Eni – already had the considerable infrastructure in place as a result of extensive previous field development in Egyptian waters," he said.

Nonetheless, he was optimistic that Turkey is capable of developing the project at speed when it devotes all the necessary resources required for such a major project, as was the case with the management and completion of complex projects for the New Istanbul Airport.

He warned that the complexity of the project, which could necessitate much technical expertise, might need a foreign partner to secure finance for its development.

Roberts argued that the key to the project is to ensure sustainability.

"There is no overriding requirement to produce as much gas as possible in the shortest possible time, what counts is the ability of the field to produce gas steadily over the next 20-30 years," he said.

Roberts took a more cautious stance on the likelihood of future discoveries, commenting that, “Nothing should be taken for granted.”

He noted that BP and Turkish Petroleum (TPAO), the national oil company, first began gas exploration in Turkey’s Black Sea waters 30 years ago and only came up with tiny discoveries that were not worth developing. Similarly, he said efforts to locate major reserves at the eastern end of the Black Sea in both Georgian and Turkish waters have yielded little.

"The Sakarya field can be taken as a good omen that proves the adage, 'try, try, try again,'" he said, referring to the persistence in gas exploration despite historic negative results.

His final point was related to the proximity of Sakarya to discoveries in Bulgarian and Romanian waters, which he said could yield an unexpected bonus, particularly for companies seeking to exploit Romania’s offshore resources and also for Turkey.

"Since they are having so much trouble developing projects that could land their gas in Romania and deliver it to European markets, perhaps they might consider hooking it up to the infrastructure developed for the Sakarya field. That would, of course, further diversify Turkey’s gas imports," he said.