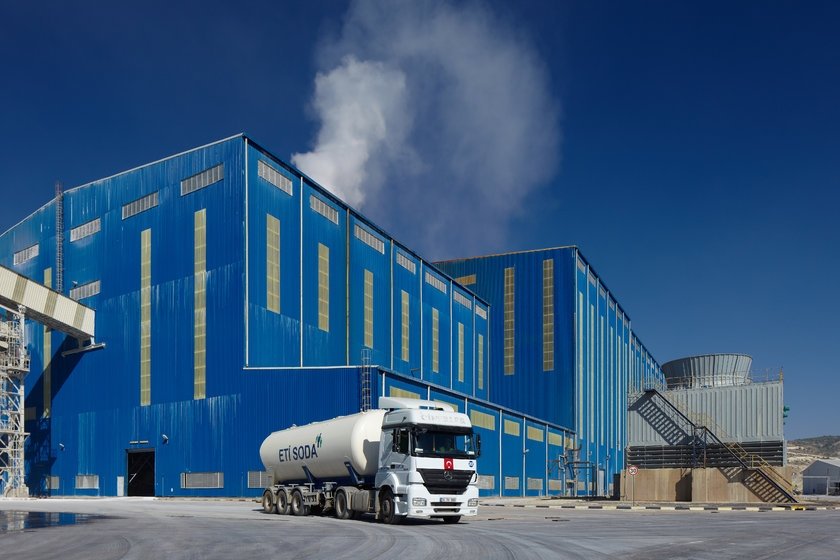 Turkish conglomerate Ciner Group is in talks about selling a stake in its soda ash (sodium carbonate) business, We Soda Ltd., one of the largest producers of a natural resource used in everything from bathtubs to baked goods, for around $5 billion (TL 43.19 billion) according to a Bloomberg report Tuesday that cited sources with knowledge on the matter.

Sources, who asked not to be identified due to the confidentiality of the information, said the conglomerate is exploring its options and is working with Goldman Sachs Group Inc.

The report, however, added that Ciner could still decide against the sale of a stake in We Soda, currently led by CEO Alasdair Warren, the former Deutsche Bank AG and Goldman Sachs investment banker.

Both the Turkish conglomerate and Goldman Sachs declined to comment on the issue.

The sale of a stake in the business would add to the $126 billion of transactions already announced in the basic materials sector in 2021, up to about a fifth of the same period of the previous year, according to data compiled by Bloomberg.

Sodium carbonate is derived from the mineral trona and is used in various everyday goods including pharmaceuticals and detergents.

We Soda’s yearly sodium carbonate and sodium bicarbonate production at its three facilities – two located in the Turkish capital Ankara and another in the U.S. state of Wyoming – is around 7 million tons.

The Turkish conglomerate has businesses in the fields of energy, shipping and media industries. It operates the Bloomberg HT television channel in Turkey under a deal with Bloomberg LP, the parent of Bloomberg News.