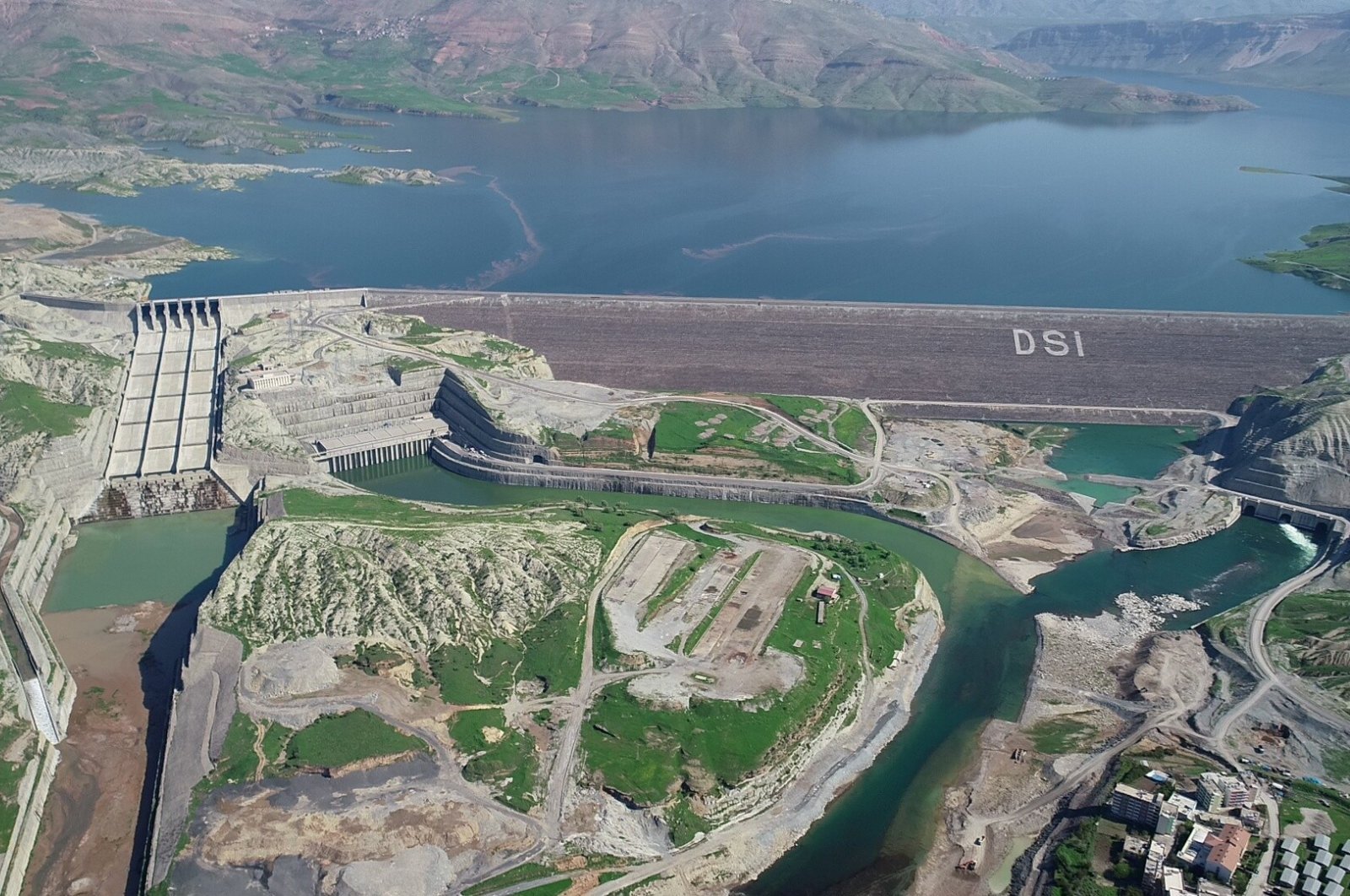 The first tribune on the dam was commissioned on May 19, the statement said, noting that it has a 1,200-megawatt (MW) installed power capacity and is set to generate 4.1 billion kWh of electricity per year.

Ilısu is the second largest dam in the country after Atatürk Dam and is in the first place in the world in terms of filling volume among the "concrete faced rockfill dam" types.

DSI General Manager Kaya Yıldız, whose views were included in the statement, said that three units have been commissioned in Ilısu Dam so far and those were temporarily accepted and transferred to the country’s electricity-producing body.

"The remaining three units are undergoing a testing phase,” Yıldız said, noting that all units of the dam are expected to start operating this year, allowing “Ilısu Dam and HEPP to contribute TL 2.8 billion annually to the national economy.”

The dam will also contribute to a cleaner and more livable future by generating green energy. By discharging the water collected in Ilısu to the soon-to-be-built Cizre Dam, an area of 765,000 decares in Nusaybin district of southern Mardin province, along with Cizre, Idil and Silopi districts of Şırnak province will be irrigated with modern techniques and 1.1 billion kWh of energy will be produced annually. With the completion of Cizre Dam, an additional income of TL 1 billion is set to be provided annually.

Turkey has built 585 dams since 2002, President Recep Tayyip Erdoğan said during a ceremony held for the commissioning of the first turbine for Ilısu Dam, emphasizing the nation's revolution in renewable energy.

Turkey relocated many historic cultural assets in the ancient Hasankeyf district of southern Batman province. People in the region were also resettled.

The area was declared a conservation site in 1981, and it is also home to a Byzantine fortress as well as nearly 6,000 caves that surround the town and contain the remnants of Christian and Muslim worshipers.