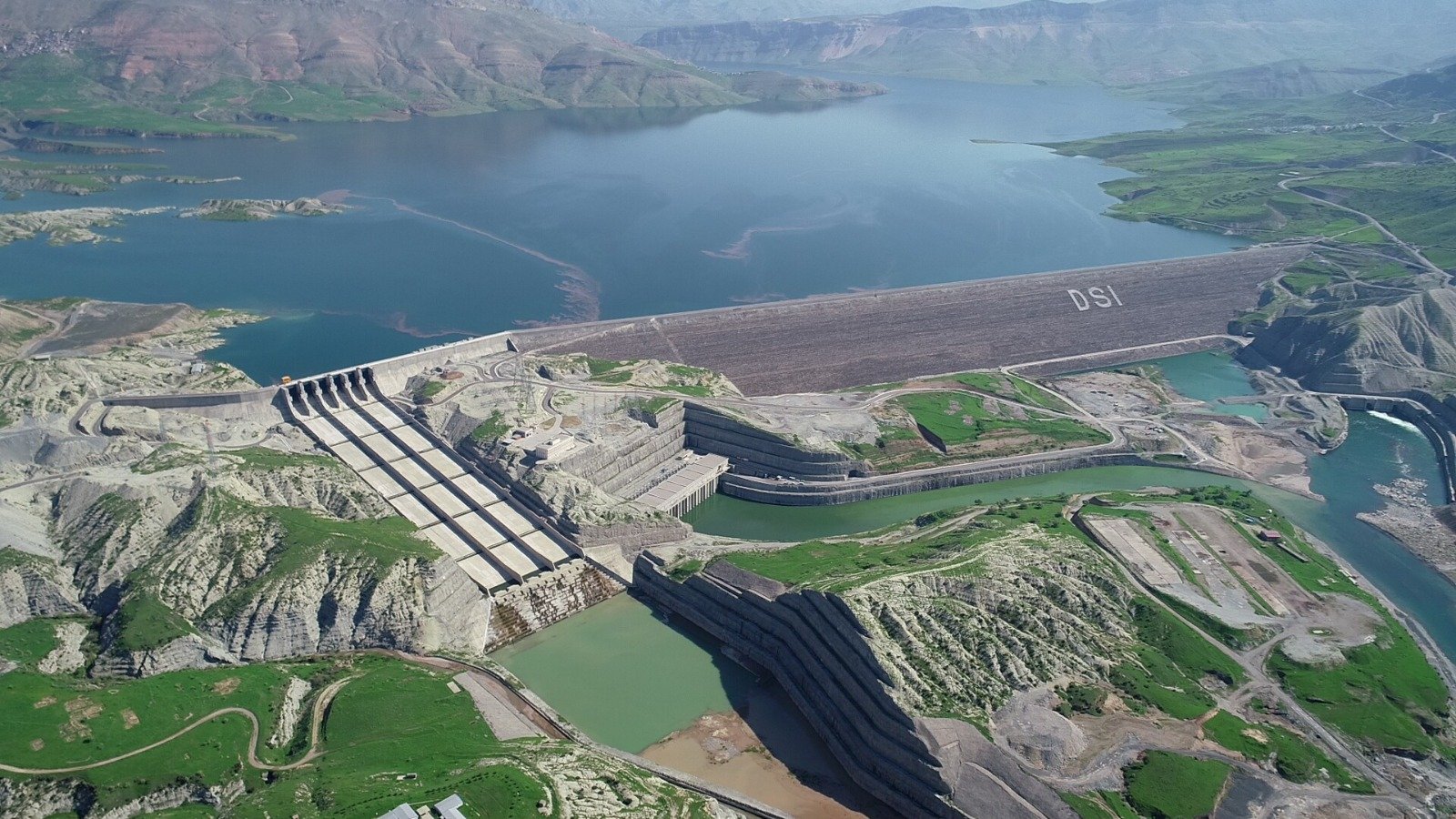 Energy production at the Ilısu Dam and Hydroelectric Power Plant (HEPP) in southeastern Turkey has reached full capacity, Agriculture Minister Bekir Pakdemirli said Thursday, adding that it is expected to contribute TL 2.8 billion ($366 million) a year to the economy.

The dam was approved by the Turkish government in 1997 to generate electricity for the region and, after years of setbacks and delays, the first turbine was started in May this year.

Located along the Tigris river in Turkey's southeastern Mardin province, Ilısu is the second-largest dam in the country after Atatürk Dam and is No. 1 in the world in terms of filling volume among the "concrete faced rockfill dam" types.

Turkey has built 585 dams since 2002, accelerating projects in line with the nation's revolution in renewable energy.

Ilısu Dam cost a total of TL 18 billion, including resettlement of local residents, protection of historic and cultural assets, construction and other expenditures.

Turkey relocated many historic and cultural assets in the ancient Hasankeyf district of southeastern Batman province during the construction of the dam. People in the region were also resettled.

The area was declared a conservation site in 1981 as it is home to a Byzantine fortress, nearly 6,000 caves that surround the town and historically significant Christian and Muslim artifacts.