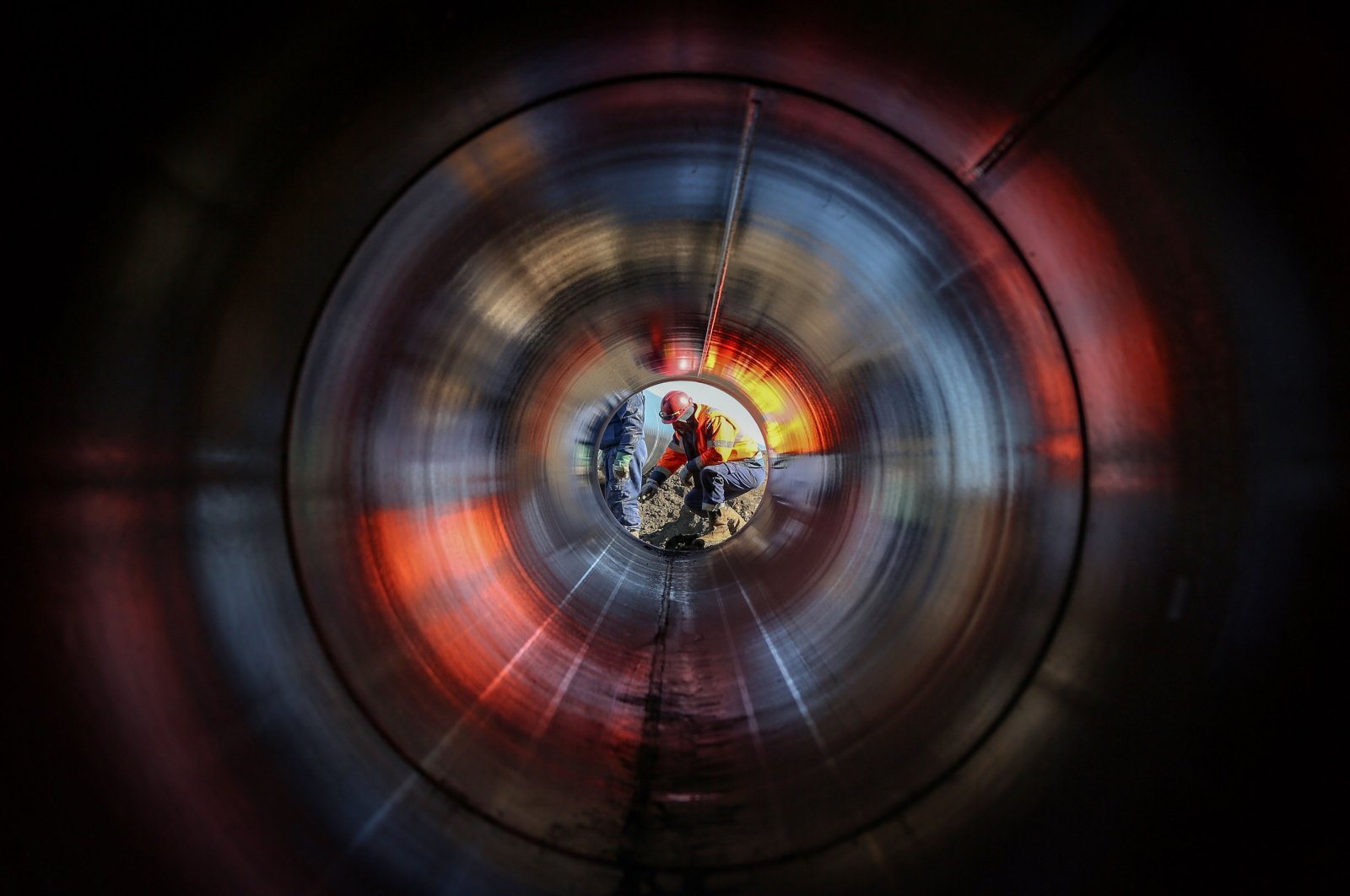 A construction worker inspects a section of the TurkStream natural gas pipeline operated by Gastrans, a joint venture of Srbijagas JP and Gazprom PJSC, at the gas supply landing site in Zajecar, Serbia, on Jan. 14, 2020. (Getty Images)
by Anadolu Agency Dec 28, 2020 1:25 pm
RECOMMENDED

In October 2020, the country imported 3.24 bcm of natural gas via pipelines, while 795 million cubic meters (mcm) was purchased as liquefied natural gas (LNG), EPDK's data showed. This marked an increase in pipeline gas imports of 36.2% and 2.5% in LNG imports.

In October, Turkey's gas imports from Russia grew by 243% while the volume of Azerbaijan and Algeria's imports increased by 18.3% and 22.9%, respectively, compared to the same period last year.

Turkey's total gas consumption increased by 23.9% to approximately 3.57 bcm this October from around 2.88 bcm last October.

The amount of natural gas in storage in October decreased by 6% to around 3.26 bcm from about 3.46 bcm in October last year.

Meanwhile, the country’s liquefied petroleum gas (LPG) imports decreased by 3.9% to 263,365 tons in October 2020 compared to the same month of 2019, according to the latest data from the EPDK.

The data showed that Turkey's imports came from the U.S., Algeria, Kazakhstan, Spain, Greece and Norway.