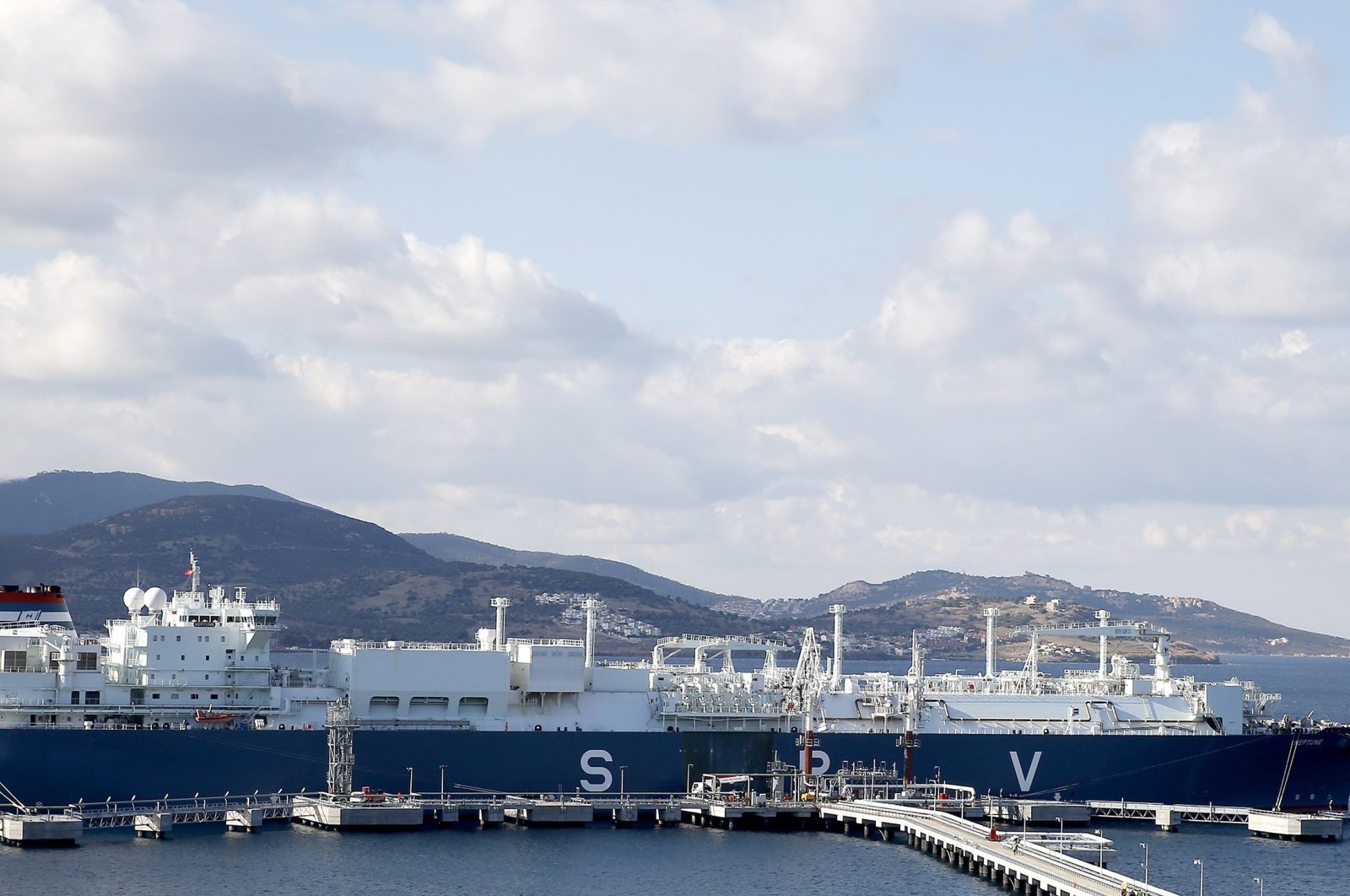 Turkey's third floating storage and regasification unit (FSRU) is set to arrive in the country by year-end, the nation's energy and natural resources minister said Wednesday.

"The new FSRU ship Ertuğrul Gazi, with a storage capacity of 170,000 cubic meters and gasification capacity of 28 million cubic meters per day, will be in our country at the end of the year," Fatih Dönmez said during a presentation to the parliament's Planning and Budget Commission.

The new FSRU has been named after the father of Osman I, the founder of the Ottoman Empire. It will operate at the Gulf of Saros, in the country's northwest.

The two others are anchored in the industrial Aliağa district of western Izmir and the Dörtyol district of the southern Hatay province.

The FSRU in Aliağa had replaced Turkey's first FSRU that entered service in 2016 as a larger-capacity facility in 2019. The first liquefied natural gas (LNG) floating vessel had a storage capacity of 139,000 cubic meters and was able to provide 14 million cubic meters of gas to the Turkish network per day.

The new FSRU, manufactured by Hyundai Heavy Industries, also has a storage capacity of 170,000 cubic meters of gas and has a capacity to compress 28 million cubic meters of natural gas to the system daily.

In his speech, Dönmez touched upon multiple issues, including renewable resources and natural gas projects.

He said 46% of Turkey's electricity from January through September was generated from renewable resources.

Some 34% of the power was generated from coal and 19% came from natural gas, Dönmez noted, stressing that the share of local and renewable resources reached 61% in the said period.

The country's total installed power has reached 93,207 MW as of end-September, the minister said.

The electricity consumption in the country has increased by an average of 5% in the last 18 years, Dönmez said, adding that the consumption, which was 130 billion kilowatt-hours (kWh) in the early 2000s, rose to 303 billion kWh at the end of 2019.

Among others, he said the Trans Anatolian Natural Gas Pipeline (TANAP), the most important part of the Southern Gas Corridor (SGC), delivered 7 billion cubic meters (bcm) of natural gas to Turkey by September of this year.

A significant joint project between Ankara and Baku, TANAP is the Turkey leg of the SGC and was inaugurated by President Recep Tayyip Erdoğan and Azerbaijani President Ilham Aliyev in June 2018.

It started pumping gas to the Turkish network days after its inauguration. The ceremony for TANAP's connection to the European section, Trans Adriatic Pipeline (TAP), was held on Nov. 30 in Turkey's Edirne near the Greek border.

The 1,850 kilometer-long (1,150 miles) TANAP carries Azerbaijani gas from the Shah Deniz-2 field and other fields in the southern Caspian Sea to Turkish, Georgian and European markets.

It has an annual capacity of 16 bcm, of which 6 bcm is delivered to Turkey while the remaining 10 bcm is destined for European markets via TAP.

Kanuni to start drilling in first months of 2021

Dönmez also said the country's third drillship, Kanuni, would start drilling activities in the Black Sea in the first months of 2021 following the completion of modernization works.

Having joined the fleet earlier this year, the vessel is currently located off Istanbul and will soon also depart for the coastal town of Filyos before joining the Fatih drillship.