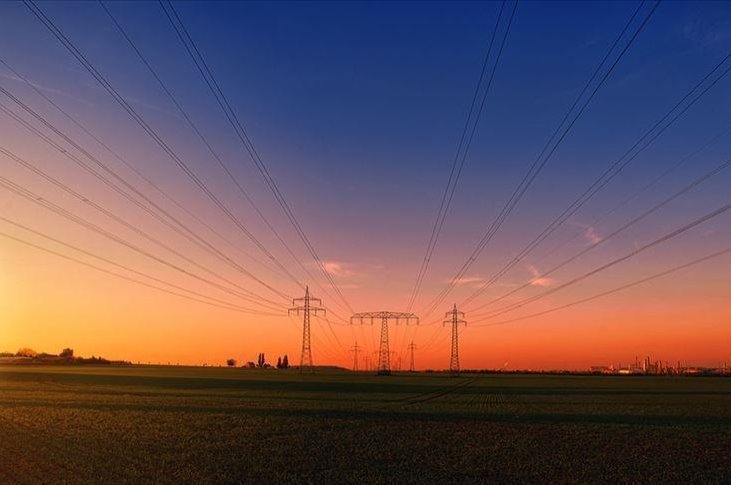 Turkey took numerous precautions to fight the COVID-19 outbreak since the country's first case was reported on March 11. In the weeks following that date, schools, shopping malls, restaurants and cafes were shut down, while curfews were put in place over several weekends and restrictions were placed on the elderly and children going out.

These restrictions had a dramatic impact on the country's power demand with the share of demand declining in April by 16% and in May by 17%. But with the normalization process as of June 1, the country has lifted the majority of COVID-19 restrictions which saw growth figures return to positive territory.

"The first 17 days of June have been near plus 1% in year-on-year terms. This is consistent with our Big Data information on both consumer transactions and corporate investment, which have already returned to positive nominal growth rates in June after sharp declines in April and May of around 40% of nominal contractions," Ortiz said.

Volkan Yiğit, a partner at APLUS Enerji investment and consultancy company, said a decrease in demand had a huge impact on the share of resources used for power generation.

"The share of natural gas in electricity generation fell to historic levels, while renewable energy increased its share in the generation mix," he said.

Yiğit noted that with the start of normalization in Turkey came a surge in power demand as seen especially in the week of June 15-20.

"In this period, the generation from thermal plants, including natural gas, imported coal and lignite, significantly increased," he said, detailing that the average hourly generation from imported coal rose from 6,500 megawatts (MW) to 8,000 MW, while it hit 5,200 MW from 4,300 MW in lignite plants.

However, Ortiz maintains a cautious growth outlook for 2020. "Our forecast for consumption for this year is mildly positive at around 0.7% in line with the 2019 growth rate. Consumption has the biggest share in the GDP (gross domestic product) so the evolution of both should be similar."

He added that taking into account the differences between Turkey and the rest of the world, he forecasts that its GDP growth will be near zero, between plus 2% and minus 2%.

"We think that Turkey will avoid more negative forecasts of sharp declines around minus 5% for several reasons," he said.

One of these reasons is Turkey’s growth rate of 4.5% year on year during the first quarter of 2020 compared to most developed economies that posted negative growth rates.

However, he warned that despite Turkey’s important buffer for the first quarter, the growth rate would be assessed on an average of the four quarters of the year.

Consequently, he said they expect the Turkish economy will post a significant decline due to the COVID-19 outbreak in the second quarter, which is forecast to be between minus 5% and minus 8% year on year.

"In annualized growth rates, this is consistent with declines of near minus 30% to minus 40% which would be a huge hit in the economy. However, it will recover during the third and the fourth quarter, given the particular nature of this crisis to compensate for the first half of the year. Thus we expect a near-zero growth this year to recover faster next year," he said, warning that COVID-19 remains the main risk, the recovery from which is a delicate balance between health and the economy.

Yiğit observed that tourism would be one of the main factors for power demand for the rest of the year but would still not return demand to levels seen in 2019.

Burak Kuyan, the head of the Turkish Energy Traders Association (ETD), also agreed that lower electricity demand in April and May would impact trade volumes.

"As of the beginning of June with the normalization process, expectations focused on a rise in demand and this affected the upward trend in trade volumes," he said.