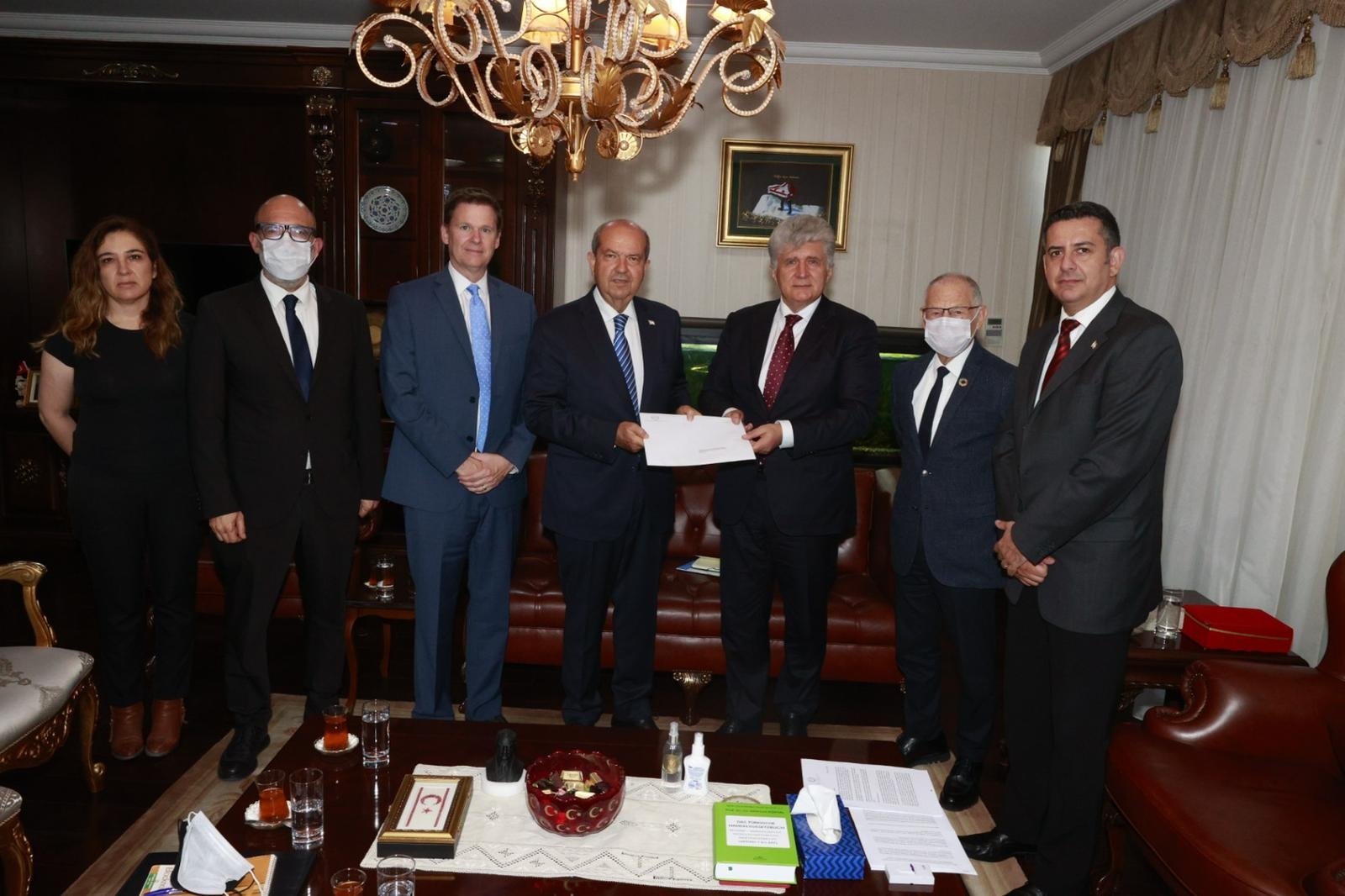 The Turkish Republic of Northern Cyprus (TRNC) on Friday presented the United Nations proposals for cooperation with the Greek Cypriot administration on hydrocarbons, electricity, renewable energy and water on the basis of a two-state solution.

Speaking to reporters after the meeting, Tatar said, "Today, I have presented four proposals prepared in accordance with the win-win principle, on the basis of our vested rights, and with the needs of both parties taken into account."

The president said the Turkish Cypriot side presented the proposals to Jenca to be conveyed to the Greek Cypriot leader Nikos Anastasiades through U.N. Secretary-General Antonio Guterres.

Tatar, who reiterated the need for cooperation between the two sides on the island, said cooperation will contribute both to creating a necessary environment of reconciliation, and to the peace and stability in the region.

"We expect a positive attitude from all relevant parties, especially from the Greek Cypriot side, on the implementation of these proposals to contribute to the peace, stability and prosperity of both our island and our region," he said.

"We strongly support the proposals ... that envisage cooperation with the Greek Cypriot side on the basis of sovereign equality and equal international status," the ministry said in a statement.

"The implementation of these proposals will not only contribute to peace and stability in the Eastern Mediterranean but also help the establishment of the common ground for the settlement of the Cyprus issue, through cooperation between the two existing States on the Island," it added.

Cyprus has been mired in a decadeslong dispute between the Turkish and Greek Cypriots, despite a series of diplomatic efforts by the U.N. to achieve a comprehensive settlement.