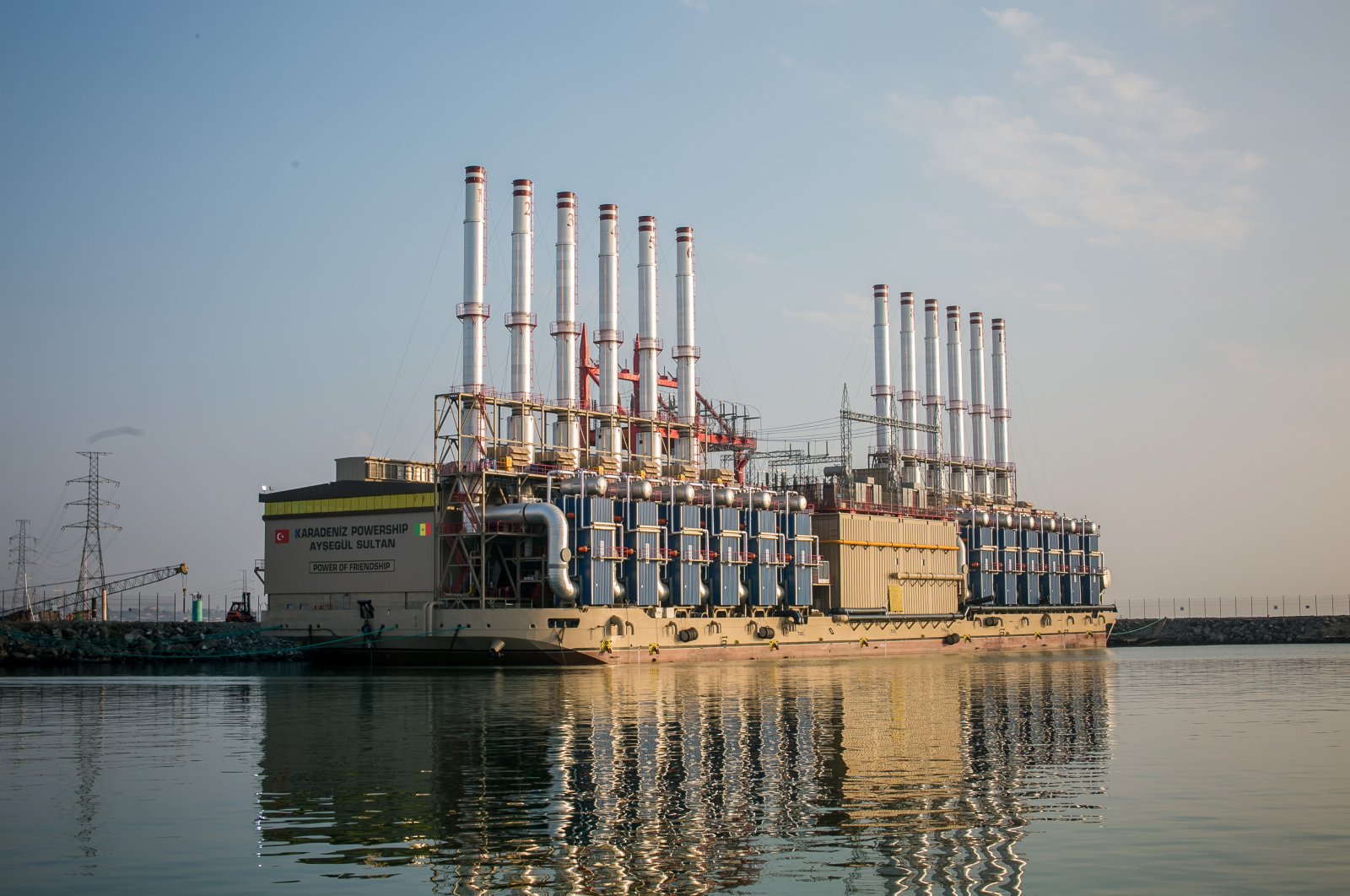 Demand for floating power plants, known as powerships, has increased during the coronavirus outbreak, while Turkish conglomerate Karadeniz Holding – which has the world’s only powership fleet – is sending two ships with capacities of 400 megawatts to an African country and a Middle Eastern country, with more negotiations on way.

Zeynep Harezi, chairman of the conglomerate’s Karpowership Trade Group, told Anadolu Agency (AA) Thursday that with measures taken during the outbreak, their production did not decrease, though there were some difficulties in the mobility of personnel and customs procedures. She stressed that the pandemic revealed the importance of the floating power plants, which are produced by Karadeniz Holding, in preparing countries for disasters.

Harezi noted that the company signed a contract extension agreement with Gambia for the 36-megawatt floating power plant last week by negotiating via videoconferencing.

She noted that a Middle Eastern country has also recently expressed an urgent demand for a powership for the coming summer period, during which the electricity usage will increase due to the use of air conditioners as people may continue to stay home due to the pandemic.

“Our contract negotiations are ongoing to send our 400-megawatt floating energy ships to two countries in a very short time, one in Africa and the other in the Middle East. In this process, we are also negotiating with a Latin American country for a 120-megawatt floating power plant,” Harezi said, adding that these are all projects to be completed in a short amount of time.

Meanwhile, the company is in contact with 10 countries in Asia, Africa and Latin America for the supply of a floating power ship with a total capacity of 2,500 megawatts, Harezi said, adding that the contract negotiations for that deal may take a little longer.

Floating power plants, which can meet the energy needs of countries in a short time with turnkey installation, can be easily connected to electricity networks.

“We think that our floating energy ships, which can operate solely by connecting to the power line, will gain more value,” Harezi said. One reason for this is that "building a land power plant has become much more difficult today” due to challenges and uncertainties in project financing and construction material supply.

“This leads countries to projects through which they can get solutions faster,” she added.

The decline in oil and natural gas prices during the pandemic was reflected in electricity as well, Harezi said, with energy prices unpredictable due to the volatility in oil prices.

Harezi added that they continue to produce electricity from gas, considering the environmental impacts.

Karadeniz Holding, which is the owner, operator and builder of the first powership fleet in the world, has 19 floating power plants in 11 different countries, including Indonesia, Lebanon, Mozambique, Ghana, Gambia, Senegal and Cuba. The capacity of the 25 powerships that the company has constructed is 4,100 megawatts.