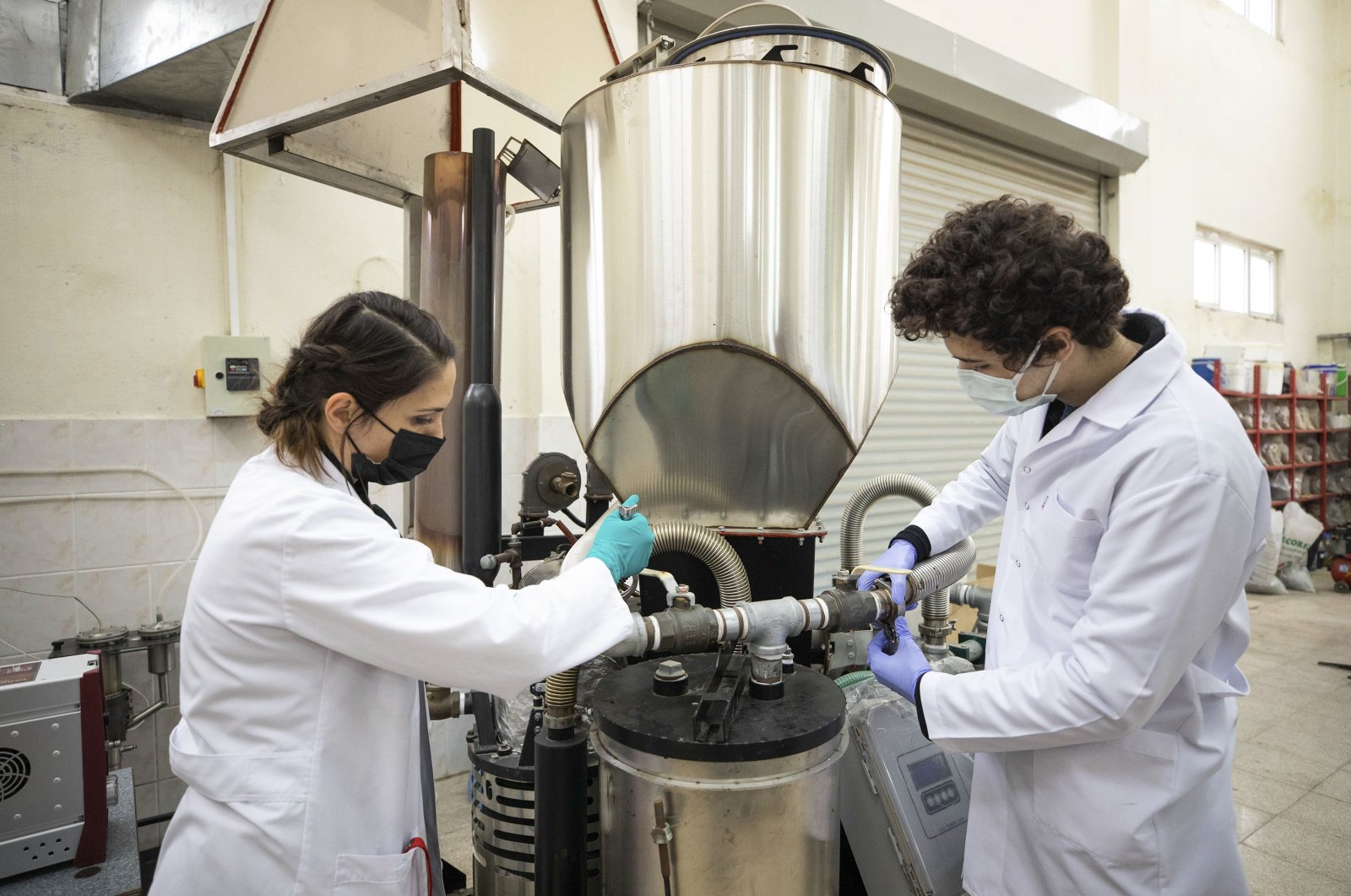 Local use, not technical fault reportedly behind Iran's gas halt to Turkey

Scientists at the Izmir-based university in western Turkey are working to create alternative energy sources to limit the negative effects of fossil fuels on the environment, and they recently developed the project on gasification technology, according to a statement made by the DEU on Wednesday.

Professor Azize Ayol of the Department of Environmental Technology and her team produced hydrogen-rich synthesis gas from biomass with the method they developed within the scope of the project developed under the roof of the Scientific and Technological Research Council of Turkey (TÜBİTAK).

Ayol, whose views were included in the university statement, said that they use good-quality synthesis gas that is obtained from sewage sludge using the gasification technology to generate energy.

The study has taken its place among the world's few projects on the potential of gasification, Ayol said. "We take the sludge formed in wastewater treatment plants that need to be disposed of as raw material and reuse it for different purposes with gasification technology," she said.

During the trials, 1 kilowatt-hour of electricity and 1.2 cubic meters (42.4 cubic feet) of hydrogen-rich synthesis gas were produced from 1 kilogram (2.2 pounds) of dry treatment sludge, the professor said.

“We can operate our pilot plant for 12 hours without interruption. We can generate approximately 20 kWh of electricity from the treatment of sludge per day. This is enough to meet the electricity consumption of at least four families,” she stressed.

Emphasizing the importance of providing energy from renewable sources, especially in rural settlements, Ayol noted that with such systems, it is possible to convert organic waste directly into electrical energy in rural areas.

“There is no need for very high investment costs for these systems,” Ayol said, adding that the gasification system causes zero or extremely low air pollutant emission.

“In terms of air pollution, these systems are an alternative to incineration technology,” she said.

Local use, not technical fault reportedly behind Iran's gas halt to Turkey