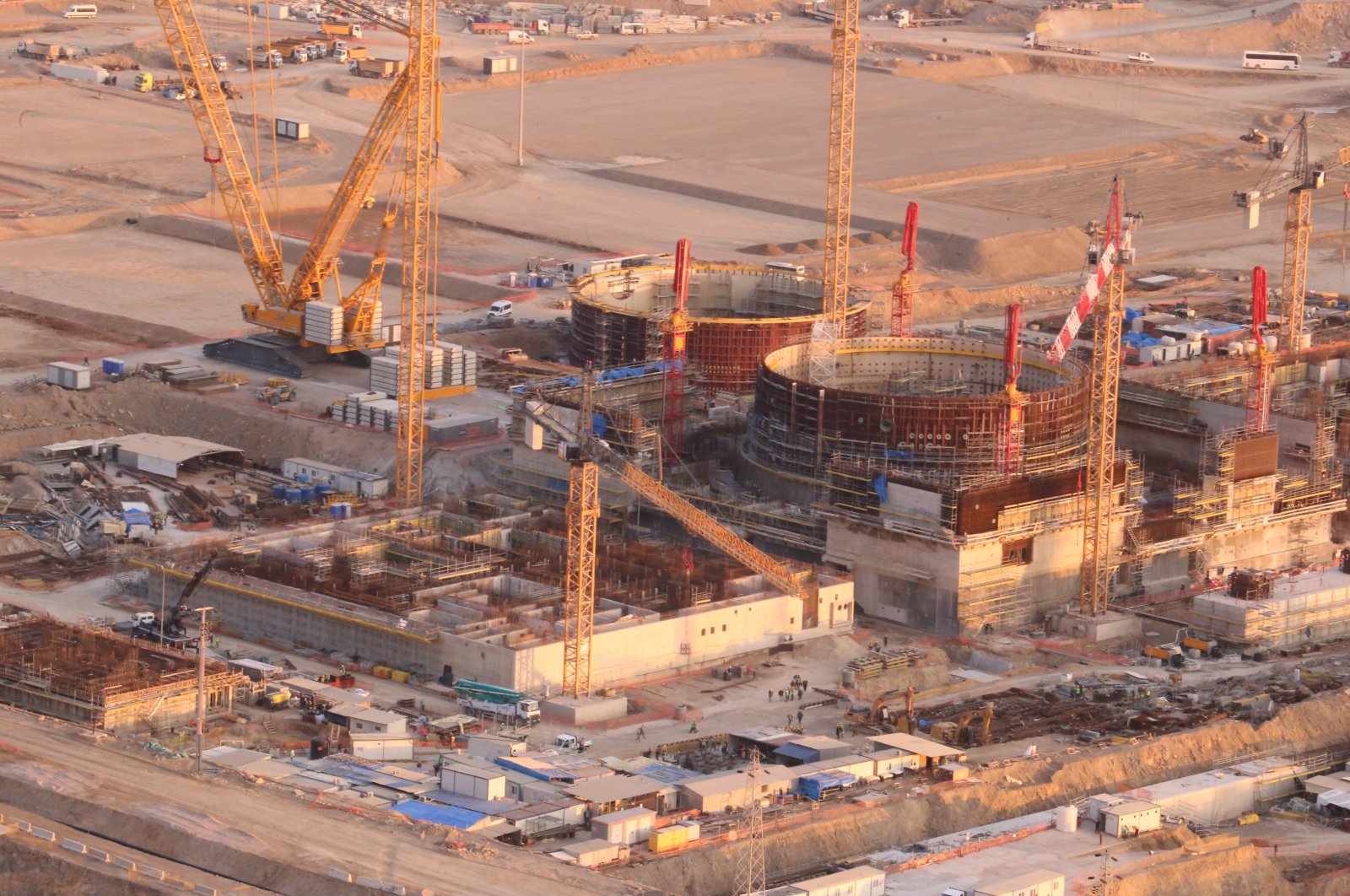 Work on Turkey’s first nuclear power plant is proceeding as planned, an official said Sunday. The plant's first reactor is scheduled to be operational by 2023, the 100th anniversary of the Turkish republic.

"We know how important 2023 is for Turkey. We are making serious efforts to complete the first unit by then," said Sergey Butskikh, first deputy general manager and construction works director at the Akkuyu Nuclear A.Ş.

"It is a very ambitious but also achievable goal for us," Butskikh told Anadolu Agency (AA).

Elaborating on the latest developments at the Akkuyu Nuclear Power Plant (NPP), he said works at the plant are being carried out simultaneously in all areas of the site.

Around 7,00 people are working on the giant project, which, he said, is approaching its target as new equipment reaches the site and new facilities are being built.

"Our work at the Akkuyu NPP this year has been on schedule," Butskikh said. "Work continues in the areas of the first and second units as well as in almost all areas of the plant."

"Preparatory work on the third unit is also in full swing," he added.

Construction of the third unit is scheduled to begin next spring, said Kirill Komarov, first deputy director-general for corporate development and international business of Rosatom, on Friday.

He made the comments after Turkey last week granted a construction license for the third unit of the Akkuyu NPP.

"We had a limited permit for activities to non-nuclear work. Now we plan to hold concrete pouring for the third unit next spring," Komarov said.

An intergovernmental agreement was signed between Turkey and Russia in May 2010 for the Akkuyu NPP, the first nuclear plant in Turkey that will have four VVER-1200 power reactors with a total installed capacity of 4,800 megawatts (MW).

The plant's groundbreaking ceremony was held on April 3, 2018, with the participation of Turkey's President Recep Tayyip Erdoğan and his Russian counterpart Vladimir Putin via a videoconference call from Ankara.

"One of the important developments is that about a month ago, the four steam generators for the first unit arrived at the site," said Butskikh, adding that the reactor pressure vessel has also reached the site.

"Another very important event will take place soon when the ember holder equipment for the second unit is installed," he added.

Butskikh said the equipment for the site was transported through the Eastern Cargo Terminal, which was completed last year. "The terminal has become an important logistics center through which the equipment will be delivered to the site."

One of the most important events next year will be the process of placing and installing the reactor vessel in the designed position in the first unit, Butskikh said.

"This process is very important to us and the welding processes of the systems that allow heat evacuation from the nuclear reactor vessel are also very important," he added.

The second unit's reactor vessel also will be delivered to the site, he said. "Construction work will continue on the third unit and excavations of the foundation pit will begin for the fourth unit," he added.

Rosatom filed all the necessary documents for the fourth unit in May, which will be the last license the company needs to obtain, Komarov said.

"Usually we have to wait a year to get a license, so we expect to get the license for the fourth unit sometime by the autumn of 2021," he explained.

Butskikh also stressed that safety was the top priority. "We are building a nuclear power plant where safety is the highest priority. I am sure that our power plant will not be a cause for concern in any way throughout the entire operating process," he said.