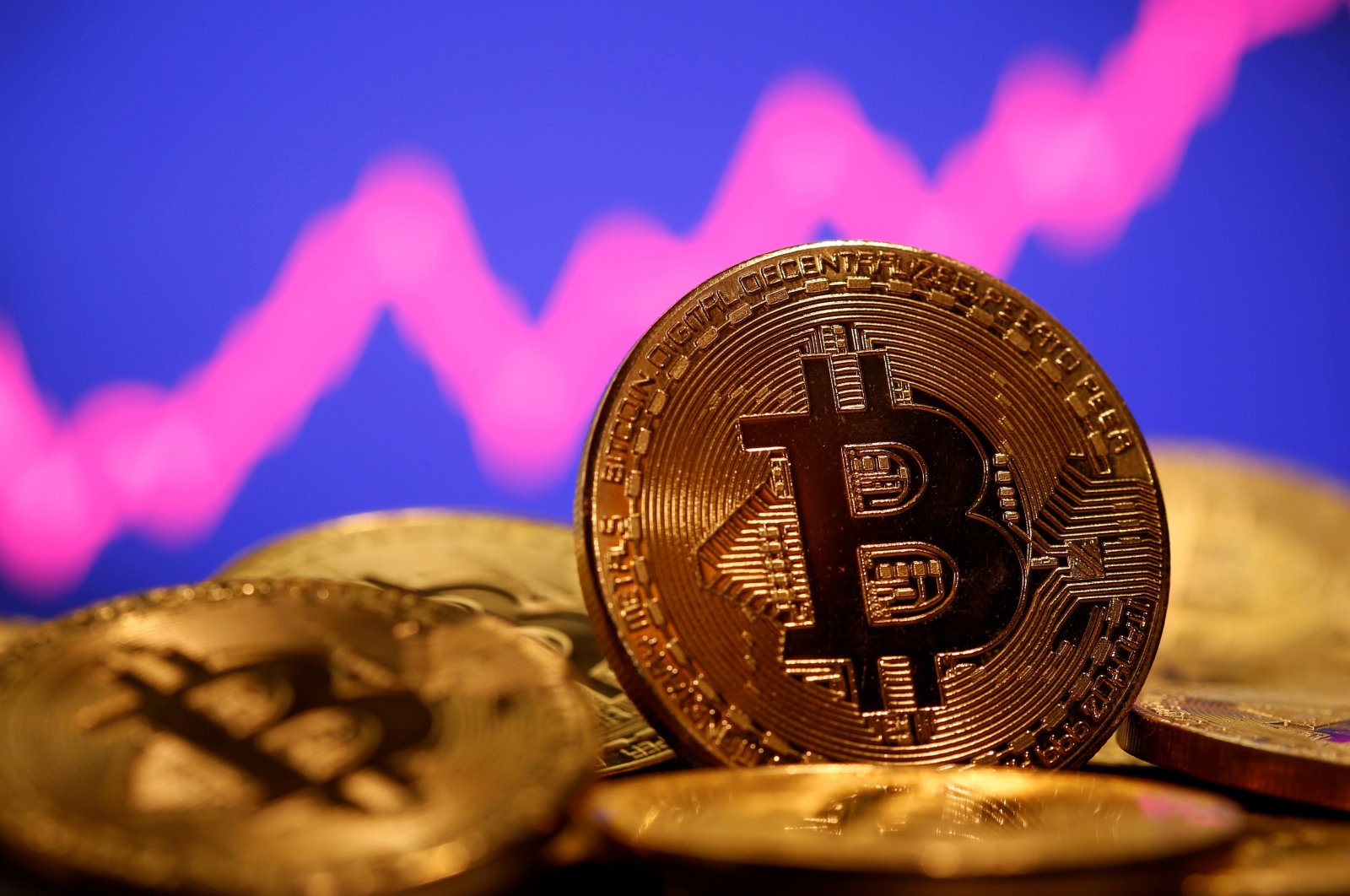 A representation of virtual currency Bitcoin is seen in front of a stock graph in this illustration taken on Jan. 8, 2021. (Reuters Photo)
by REUTERS Feb 19, 2021 7:43 pm
RECOMMENDED

Although analysts warned that it is an "economic side show" and a poor hedge against a fall in stock prices, Bitcoin touched a market value of $1 trillion as it hit yet another record high on Friday.

Bitcoin's gains have been fueled by signs it is gaining acceptance among mainstream investors and companies, from Tesla and Mastercard to BNY Mellon.

All digital coins combined have a market cap of around $1.7 trillion.

"If you really believe there's a store of value in bitcoin, then there's still a lot of upside," said John Wu, president of AVA Labs, an open-source platform for creating financial applications using blockchain technology.

Still, many analysts and investors remain skeptical of the patchily regulated and highly volatile digital asset, which is little used for commerce.

Analysts at JP Morgan said bitcoin's current prices were well above estimates of fair value. Mainstream adoption increases bitcoin's correlation with cyclical assets, which rise and fall with economic changes, in turn reducing benefits of diversifying into crypto, the investment bank said in a memo.

"Crypto assets continue to rank as the poorest hedge for major drawdowns in equities, with questionable diversification benefits at prices so far above production costs, while correlations with cyclical assets are rising as crypto ownership is mainstreamed," JP Morgan said.

Bitcoin is an "economic side show," it added, calling innovation in financial technology and the growth of digital platforms into credit and payments "the real financial transformational story of the COVID-19 era."

Other investors this week said bitcoin's volatility presents a hurdle for it to become a widespread means of payment.

On Thursday, Tesla boss Elon Musk – whose tweets have fueled bitcoin's rally - said owning the digital coin was only a little better than holding cash. He also defended Tesla's recent purchase of $1.5 billion of bitcoin, which ignited mainstream interest in the digital currency.

Bitcoin proponents argue the cryptocurrency is "digital gold" that can hedge against the risk of inflation sparked by massive central bank and government stimulus packages designed to counter the COVID-19 pandemic.

Yet bitcoin would need to rise to $146,000 in the long-term for its market cap to equal the total private-sector investment in gold via exchange-traded funds or bars and coins, according to JP Morgan.

Rival cryptocurrency ether traded down 0.3%, at $1,934.67, still near a record of $1,951 reached earlier on Friday. It has been lifted by growing institutional interest after its futures were launched on the Chicago Mercantile Exchange.