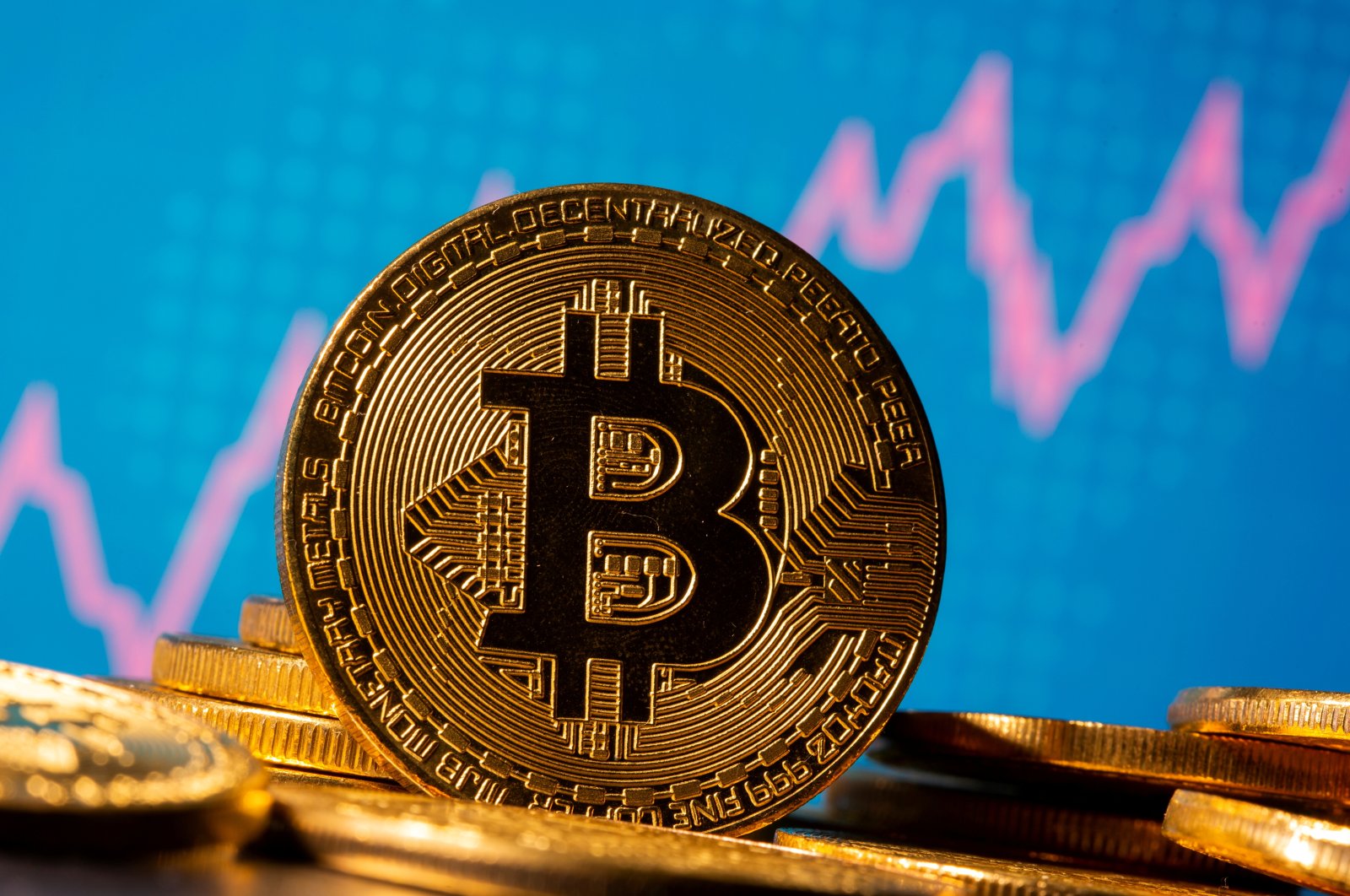 A representation of virtual currency Bitcoin is seen in front of a stock graph in this illustration taken Nov. 19, 2020. (Reuters Photo)
by REUTERS Jan 04, 2021 3:57 pm
RECOMMENDED

A functioning cryptocurrency derivatives market has developed since 2017, with offshore exchanges still offering highly leveraged trading. Moves in such markets can have an outsized effect on bitcoin's price.

“It’s the unwinding of some of that leverage,” said Richard Galvin of crypto fund Digital Asset Capital Management.

Bitcoin’s record high came less than three weeks after it crossed $20,000 for the first time, on Dec. 16. The world’s biggest cryptocurrency more than quadrupled in price last year.

Traders said bitcoin’s drop on Monday was not unusual for the volatile asset, whose wild price swings have in part prevented it from becoming widely used as a currency.

“For the most part, this looks like a purely technical move, signaled and caused by short-term euphoria,” he added.

Smaller coins that often move in tandem with bitcoin also fell, though not as sharply. Ethereum, the second biggest, dropped 1% after touching a 3-year high of $1,170.

Fueling bitcoin's rally has been the perception it can act as a hedge against the risk of inflation as governments and central banks turn on the stimulus taps to counter the economic impact of the COVID-19 pandemic.

“Some of it is reflecting the fear of a weaker dollar,” Bank of Singapore currency analyst Moh Siong Sim said of its most recent rally.

Bitcoin’s advance has also reflected expectations it will become a mainstream payment method. Its potential for quick gains has also attracted demand from larger U.S. investors.