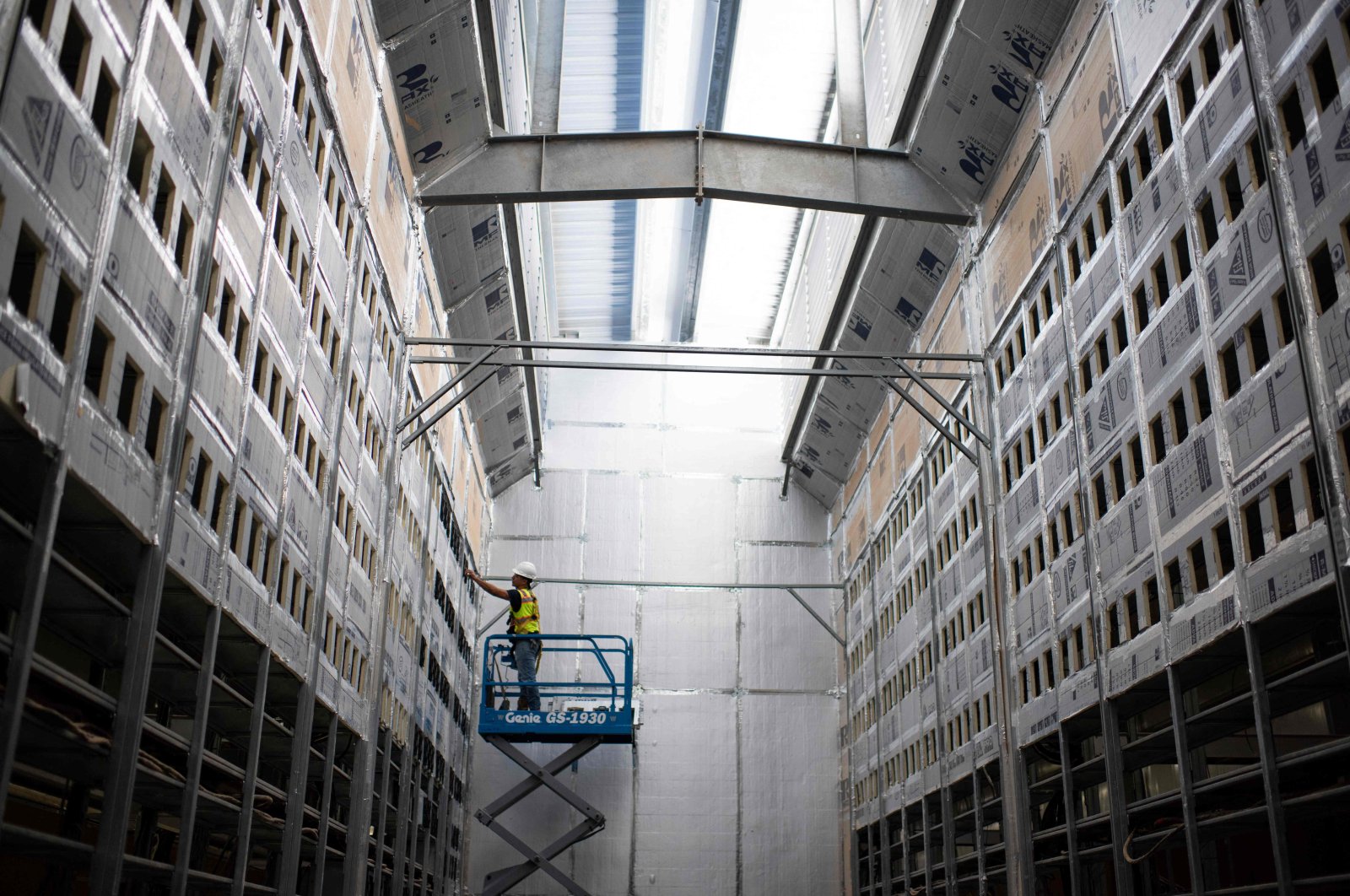 The long sheds at North America's largest bitcoin mine look endless in the Texas sun, packed with the type of machines that have helped the United States to become the new global hub for the digital currency.

The operation in the quiet town of Rockdale is part of an already bustling U.S. business now further boosted by Beijing's intensified crypto crackdown that has pushed the industry west.

Experts say rule of law and cheap electricity in the United States are a draw for bitcoin miners, whose energy-gulping computers race to unlock units of the currency.

"There's a lot of competitors coming into Texas because they are seeing the same thing (as) when we came here," said Chad Everett Harris, CEO of miner Whinstone, which operates the Rockdale site owned by U.S. company Riot Blockchain.

China was the undisputed heartland of crypto mining with about two-thirds of global capacity in September 2019, but last month Beijing declared illegal all transactions involving crypto money as it seeks to launch one of its own.

Figures released Wednesday by the University of Cambridge showed that activity in the United States more than doubled in the four months to the end of August, increasing the market share held by the world's biggest economy to 35.4 percent.

Samir Tabar, chief strategy officer at miner Bit Digital, said the company started to pull out of China in 2020 and accelerated that process as the crackdown intensified. They have operations in the United States and Canada.

"China's bitcoin mining ban was basically an unintentional gift to the U.S.," he said. "Thanks to their ban an entire sector migrated to North America – along with innovation, labor and machines."

Some of the key pulls toward the United States are simply a democratic government, a court system and the power to protect property rights.

"If you're going to make long-term investments and accumulate wealth in a country, you want to have some confidence that it's not going to be taken away by the government," said David Yermack, a crypto expert at New York University.

He expected the shift to the United States to be temporary, saying places like Nordic countries have cheap and abundant renewable energy, as well as plenty of cold weather to cool the hot-running mining machines.

The steady increase in U.S.-based mining operations has fanned the ongoing environmental criticisms of the industry's massive annual electricity consumption – more than what the Philippines uses in a year, according to Cambridge University data.

An ongoing backlash has been fueled by concerns the industry relies on carbon-emitting power sources that contribute to climate change.

"To think that we're causing harm or pollution or all those things here ... the majority of our power comes out of the ERCOT grid and that profile is extremely friendly to the environment," Harris said, referring to the Texas power network operator.

According to ERCOT's data for 2020, about 46 percent of its power came from natural gas while wind and solar combined for 25 percent with coal at 18 percent.

The price miners pay for electricity is key, and a place like Texas is desirable because the market is de-regulated so companies can have more flexible terms, said Viktoriya Zotova, a business school professor at Georgetown University.

"In principle, they can buy the electricity when it's cheaper and not buy it when it's more expensive," she said.

While there are obvious reasons for the crypto world's migration, some also see a bit of poetry in mining operations coming to the United States from China.

Tabar, from miner Bit Digital, said his company has a site in Buffalo, New York, which used to be one of the country's main manufacturing hubs but lost jobs and prosperity as production work shifted to places like China.

"There is a bit of a poetic thing going on," he noted. "It dawned on me how this is going full circle."