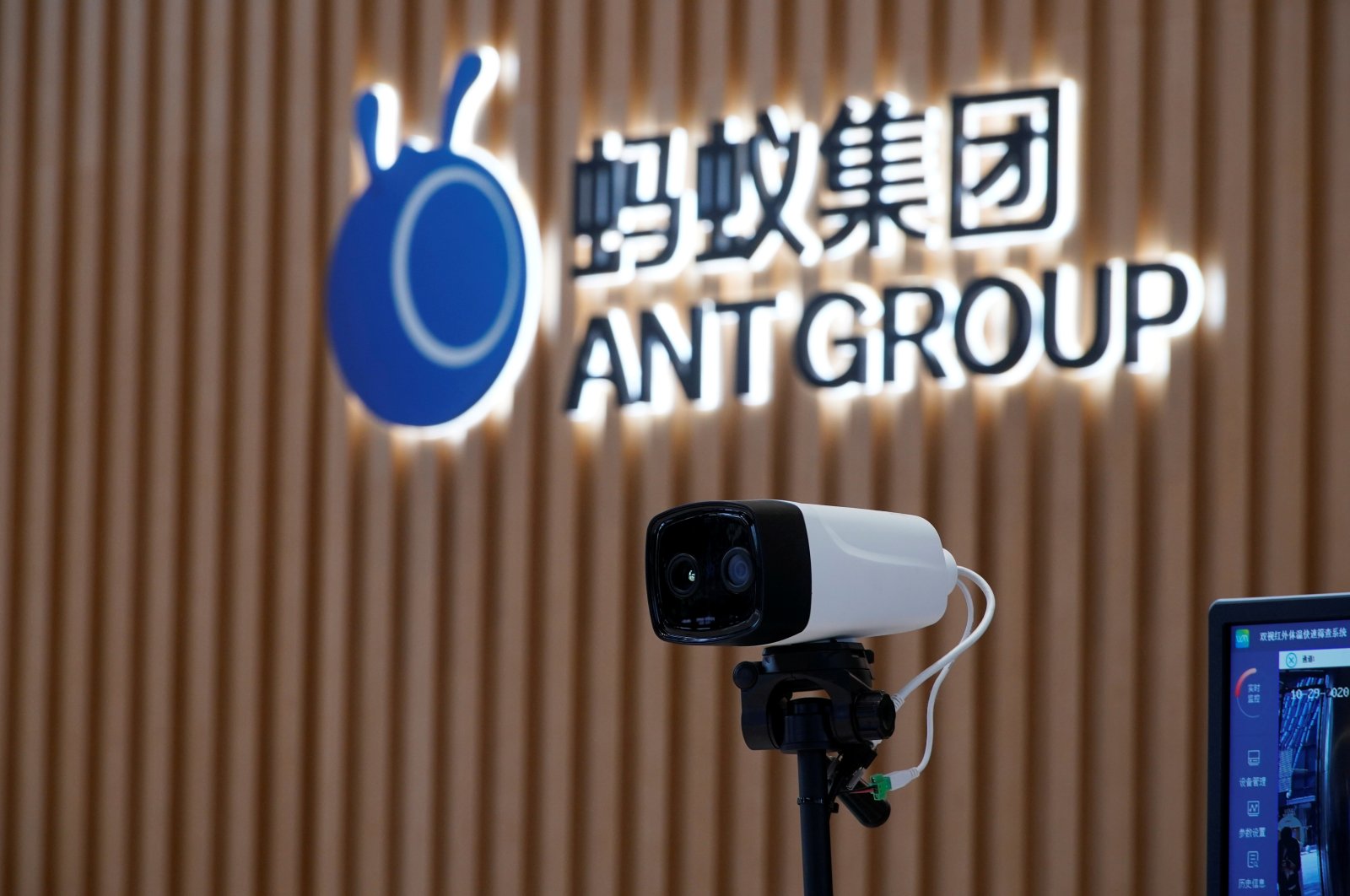 A thermal imaging camera stands in front of the Ant Group logo at its headquarters in Hangzhou, Zhejiang province, China, on Oct. 29, 2020. (Reuters Photo)
by REUTERS Dec 27, 2020 12:23 pm
RECOMMENDED

China's central bank urged Ant Group on Sunday to outline a concrete plan as soon as possible to meet regulatory demands and fully understand the seriousness of the "rectification" work it needs to perform.

The People's Bank of China (PBOC) also urged Ant to rectify illegal financial activities, including in its credit, insurance and wealth management businesses, and regulate its credit rating business to protect personal information, Vice Governor Pan Gongsheng said a day after meeting with representatives of the fintech group.

Chinese regulators last month abruptly suspended Ant's planned $37 billion initial public offering, which had been on track to be the world's largest, just two days before its shares were due to begin trading in Shanghai and Hong Kong.

Ant did not immediately respond to an emailed request for comment.

On Thursday, authorities said they had launched an antitrust investigation into parent Alibaba Group and would summon Ant in coming days, the latest blow for Jack Ma's e-commerce and fintech empire.

The PBOC's demands also include that Ant be more transparent about its third-party payment transactions and not conduct unfair competition and that its setup of financial holding companies comply with the law to ensure capital adequacy, Pan said.

China's annual Central Economic Work Conference, a gathering of top leaders and policymakers to chart the economy's course in 2021, vowed this month to strengthen antimonopoly efforts and rein in "disorderly capital expansion."

Pan said Ant must step up its risk management and maintain the continuity of its services and normal operations of its business.

During the meeting, regulators pointed out Ant's issues, including its poor corporate governance, defiance of regulatory demands, illegal regulatory arbitrary, the use of its market advantage to squeeze out competitors and harming consumers' legal interests, he said.